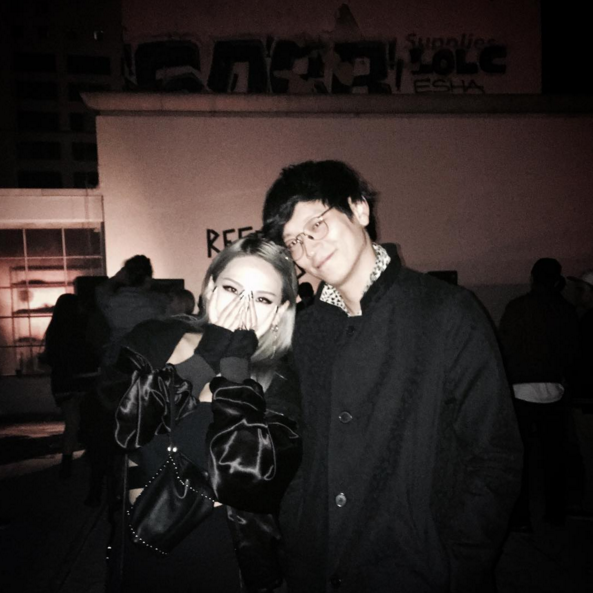 On March 31, CL posted the above photo on her personal Instagram, letting fans know that she is catching up with her relatively new labelmate and popular actor Kang Dong Won. Last weekend, they were spotted catching a flight from Korea to the United States.

The stars are seen posing intimately in the dark outdoor setting, appearing friendly and comfortable with each other. Even with his glasses and casual attire, Kang Dong Won manages to look effortlessly attractive, while CL puts her edgy stamp on the shot by hiding behind her hands and staring deep into the camera.

This photo was soon reposted by the Instagram team of Elle Korea, who revealed that the YG Entertainment stars are in Los Angeles for an upcoming edition of the magazine. The result of their collaboration — most likely a photo spread — is expected to be featured in the May issue of Elle Korea.