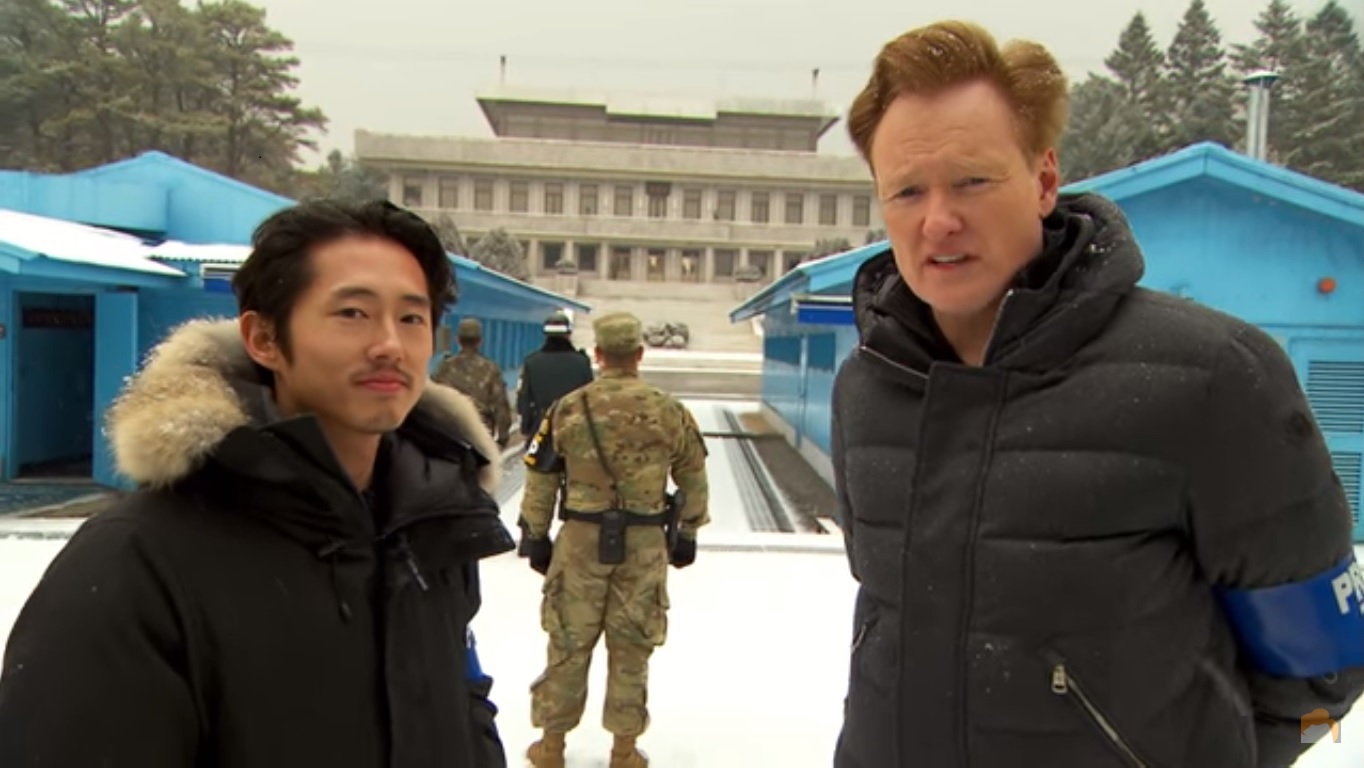 Aside from filming a music video with Park Jin Young and making a cameo in a Korean drama, Conan O’Brien also visited the DMZ (short for “Korean Demilitarized Zone”) on his recent visit to Korea, along with Korean-American actor Steven Yeun.

The talk show host explains the history behind the area separating North and South Korea while adding in his witty “quips” from time to time.

He also conducts “North Korea’s first late night talk show” while on the North Korean side of a building that is technically on both sides of the border.

North Korean-style voice acting, a mix of Korean and English subtitles, and a more serious discussion on the hope for unification of the two nations are some of the highlights of their experience.

In addition, the duo act out a weather report, with Conan O’Brien and Steven Yeun each on the North and South Korean side of the building respectively, as well as poke fun at the soldiers wearing sunglasses indoors, lifting what could have been a tense, heavy atmosphere with light-hearted laughter.

Conan O'Brien
How does this article make you feel?