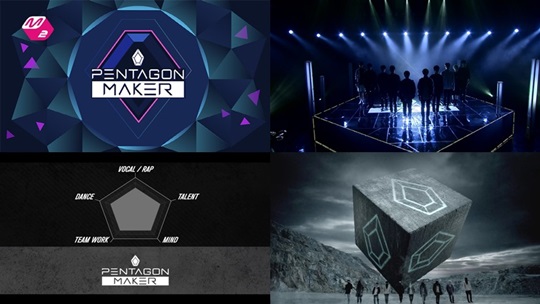 Mnet confirms that it will be producing a debut reality program for Pentagon– Cube Entertainment’s latest boy group – called “Pentagon Maker,” to be aired online through its digital content brand M2. It premieres May 2, airing every Monday and Tuesday night, 10 p..m. KST, on Naver TVCast’s “Pentagon Maker” channel. The show will run for 12 weeks.

The program will showcase the ten members of Pentagon, challenging five areas: performance (singing and rap), dance, teamwork, talent (a variety of skills outside of dance, singing, and rap), and mind (character and attitude). The members will be challenged individually or in units, and depending on the number of “likes” they get on their video, they will be included in the group.

The final members will be performing at their debut concert on July 16 to be held at a large stadium.

The show will air on TV through the Mnet channel every Tuesday night at 11 p.m., starting May 17.

PENTAGON
Pentagon Maker
Mnet
m2
How does this article make you feel?