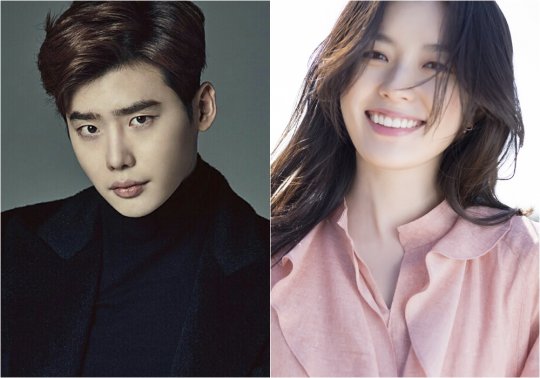 “W,” a romantic suspense melodrama taking place in Seoul 2016, will revolve around different dimensions, with characters moving between reality and false reality. As the plot unfolds moving in and out of different realities, unforeseeable crisis and conflicts will arise for the characters creating an exciting suspense. With a new and creative premise setting it apart from other fantasy dramas, “W” is expected to have shocking twists and turns.

Lee Jong Suk will play Kang Chul, who is a former shooting Olympic gold medalist and self-made young chaebol – basically a cool-headed genius. Han Hyo Joo will play Oh Yeon Joo, an outgoing and big-hearted second year cardiothoracic resident doctor, who jumps to act before she thinks. Lee Jong Suk has built himself an impressive career and immense popularity through his performances in dramas such as “Pinocchio,” “Doctor Stranger,” “I Hear Your Voice,” “School 2013,” etc.

After receiving love and praise for her role in popular historical drama “Dong Yi” back in 2010, Han Hyo Joo has starred in movies such as “LOVE, LIES,” “Beauty Inside,” and “C’est Si Bon,” proving time after time her talent as an actress. Both actors are returning to the small screen after a year hiatus for Lee Jong Suk and a six year hiatus for Han Hyo Joo, increasing the anticipation for the drama even more.

Song Jae Jung, the imaginative writer behind “W” (known for writing dramas such as “Nine: Nine Time Travels” and “Queen In-Hyun’s Man”) will work with PD Jung Dae Yoon, producer of “She Was Pretty,” and as well as top tier actor and actress to create one of the most anticipated dramas of 2016.

“W” will air on July 20 taking the place of “Lucky Romance” on MBC.