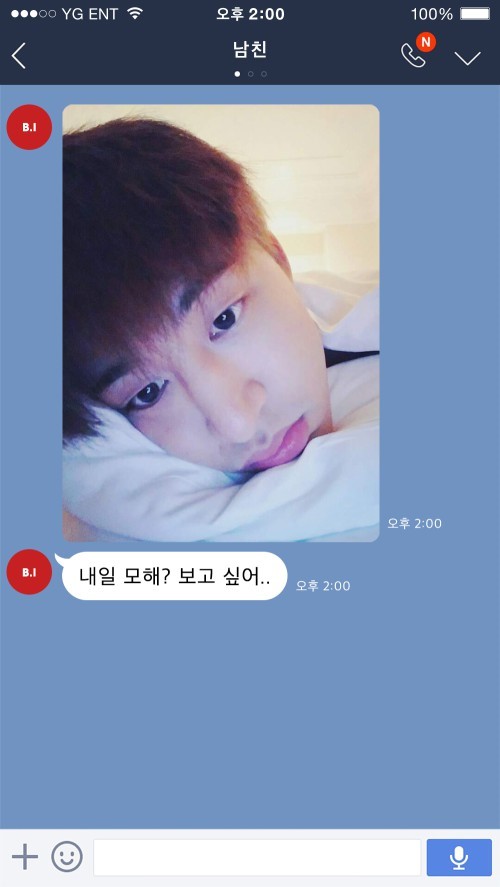 YG Entertainment has uploaded a teaser image featuring iKON’s B.I. Bobby’s previous teaser mentioned a solo track, but it looks like iKON might be making a comeback as a group!

B.I’s teaser keeps with the boyfriend text message theme. His text says, “What are you doing tomorrow? I miss you..”

YG Entertainment has now added another “message” to the previously released teaser image featuring Bobby. The messages from Bobby read “What are you doing today?” followed by the new message from him, “I’m recording my solo track right now.” 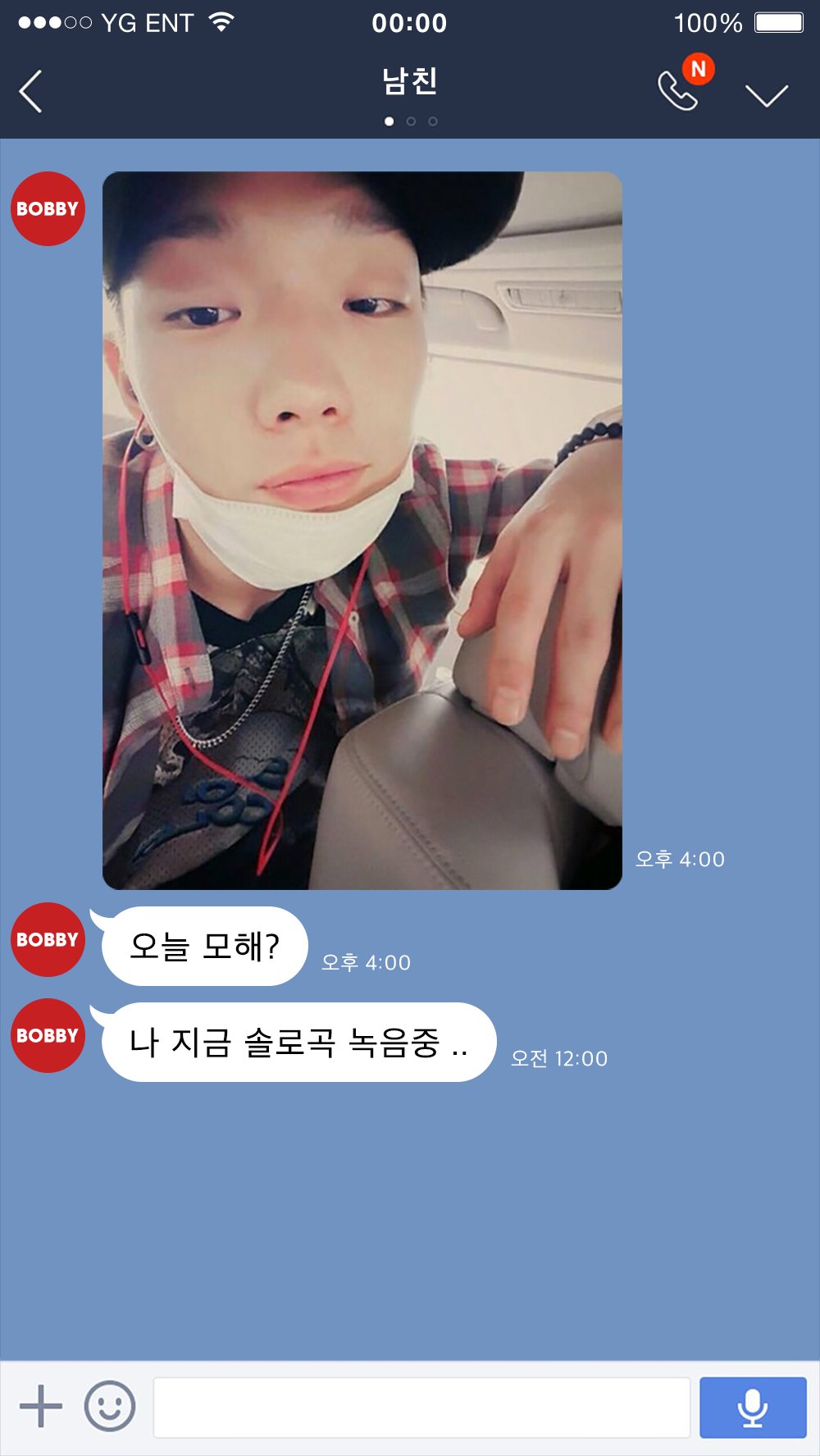 It looks like we’ll be getting a solo song from Bobby soon, possibly as part of an iKON comeback, or on his own! Are you excited?

Has YG Entertainment started the teasing for iKON’s comeback? It recently uploaded an image of member Bobby to its official blog, possibly as a teaser for the group’s comeback. 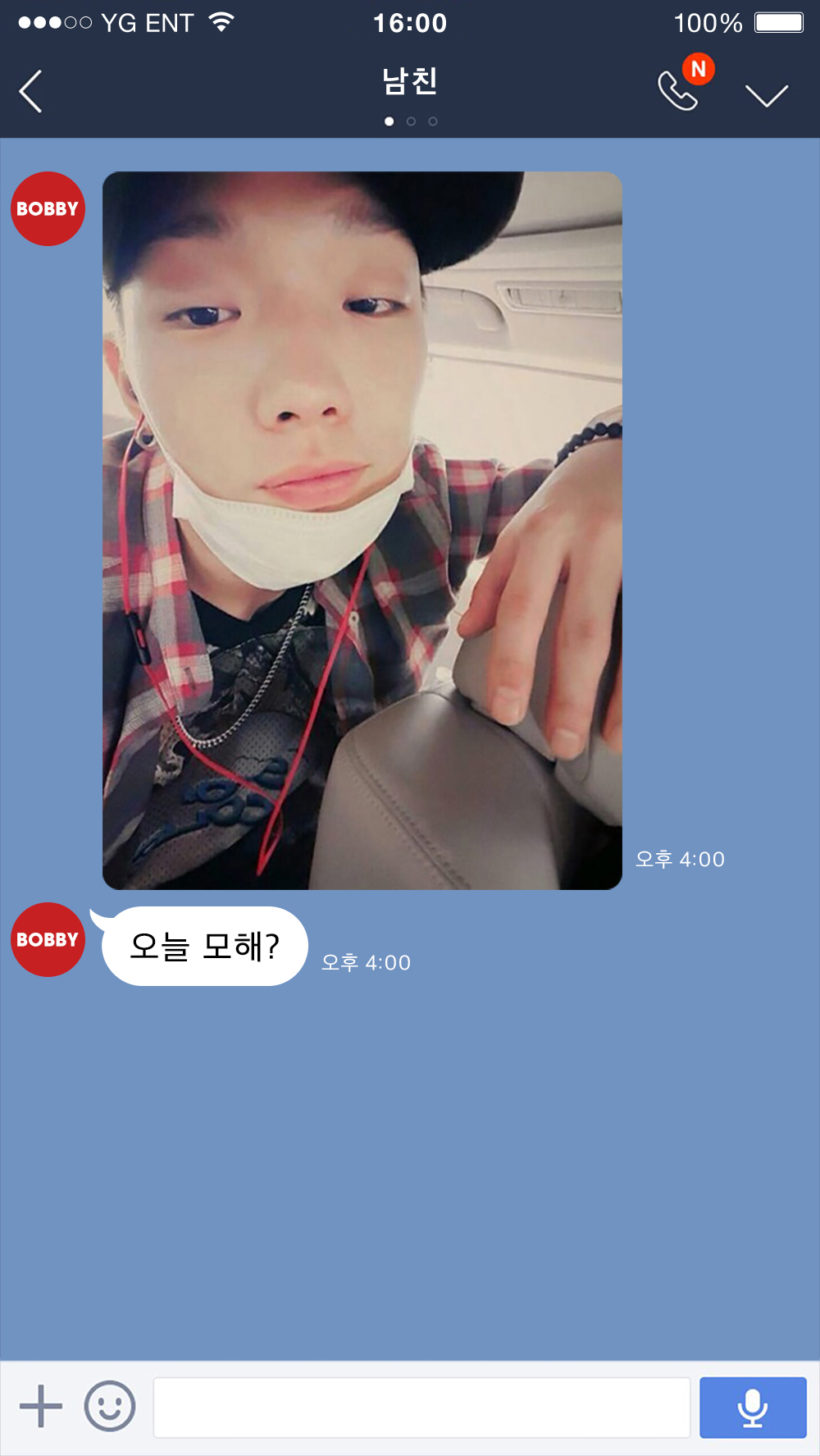 The image looks like it is a screenshot of chat room of a messenger app. The message is from Bobby, who is labeled as “boyfriend.” He sends a photo of himself and asks, “What are you doing today?” The image is titled “iKON – 오늘 모해(#WYD) ‘BOBBY’.” The #WYD stands for “what you doing?”

Previously, YG Entertainment confirmed that iKON and WINNER are preparing to release new albums — possibly even at the same time — after Lee Hi and Akdong Musician wrap up their activities, and iKON was recently spotted filming a music video.