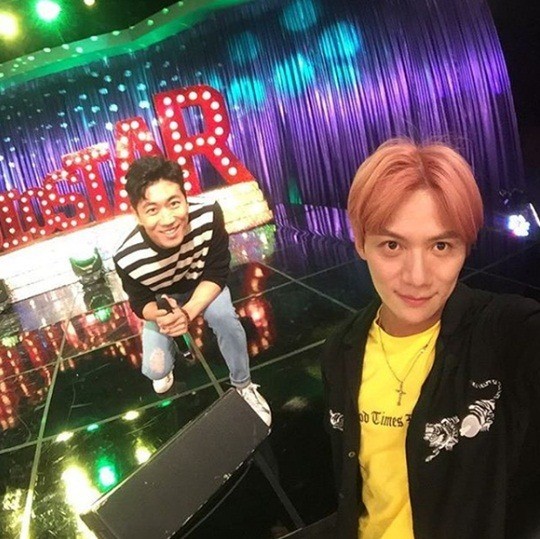 PD (producer) Hwang Kyo Jin talked about recording with Sechs Kies for “Radio Star.” The group got back together through the variety show “Infinite Challenge” after 16 years and recently signed an official contract with YG Entertainment. Their first official appearance as a group will be on MBC’s “Radio Star.”

Hwang Kyo Jin states, “They were candid and honest.” The day Sechs Kies recorded for “Radio Star” marked the 16th anniversary of the day the group held their press conference notifying the public of their decision to break up on May 18, 2000. “We don’t know if the members were aware of the date, but there seemed to be a few who did not know until we told them. There wasn’t a big reaction. ‘Oh, really. That’s cool’ was their initial response. We were surprised by the coincidence as well.”

On the member’s participation during the recording, Hwang Kyo Jin commented, “The feeling was a little different because on ‘Infinite Challenge’ they had gotten together for the first time, but on ‘Radio Star’ this was their first official appearance as a group again. The members also seemed to realize ‘We are really starting over again’ and that this would be a continuous gig instead of a one time happening.”

Hwang Kyo Jin further stated, “The Eun Ji Won on variety programs and the Eun Ji Won as a Sechs Kies member are different people,” creating curiosity over what side of the group’s leader would be shown.

The episode, airing June 1, will also give viewers a chance to listen to Sechs Kies’ music. As guests usually show off their musical talents at the conclusion of “Radio Star,” the group performed two of their hit songs at the end.

Who is excited to see Sechs Kies officially back in action? Source (1)

Sech Skies
Radio Star
How does this article make you feel?