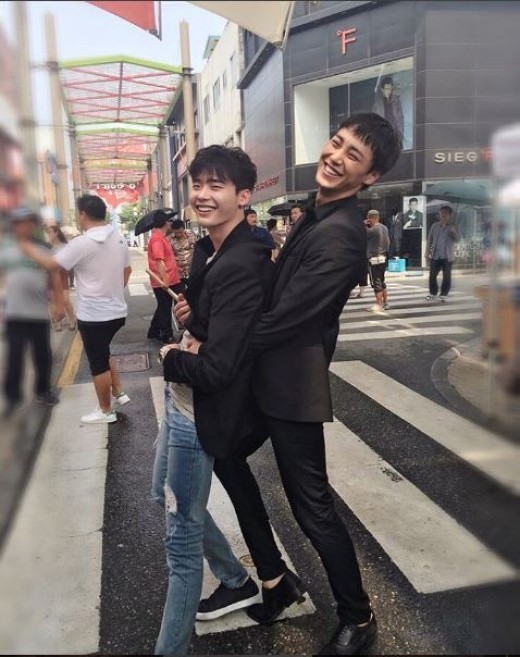 One photo uploaded by Lee Tae Hwan on his Instagram, shows him back-hugging Lee Jong Suk while the two smile and seem to be having a good time, along with the caption, “I’m not letting him go. #W #kangcheol #doyoon.” The photo raises questions on what kind of bromance the two will portray on screen.

Lee Jong Suk posted another photo with a short caption, “Ah……… W……. !!!!!” In it, the actor can be seen hard at work despite the hot weather, monitoring the screen with a towel on his head. 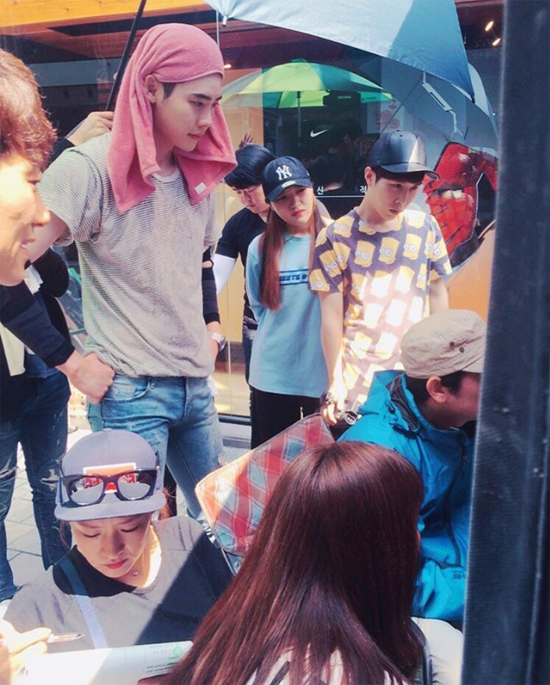 Meanwhile, MBC’s new Wednesday-Thursday drama “W” is a romantic, suspense, melodrama starring Lee Jong Suk and Han Hyo Joo that is set across different dimensions in the same space in 2016 Seoul, crossing between reality and virtual reality. The first episode is set to air on July 20.