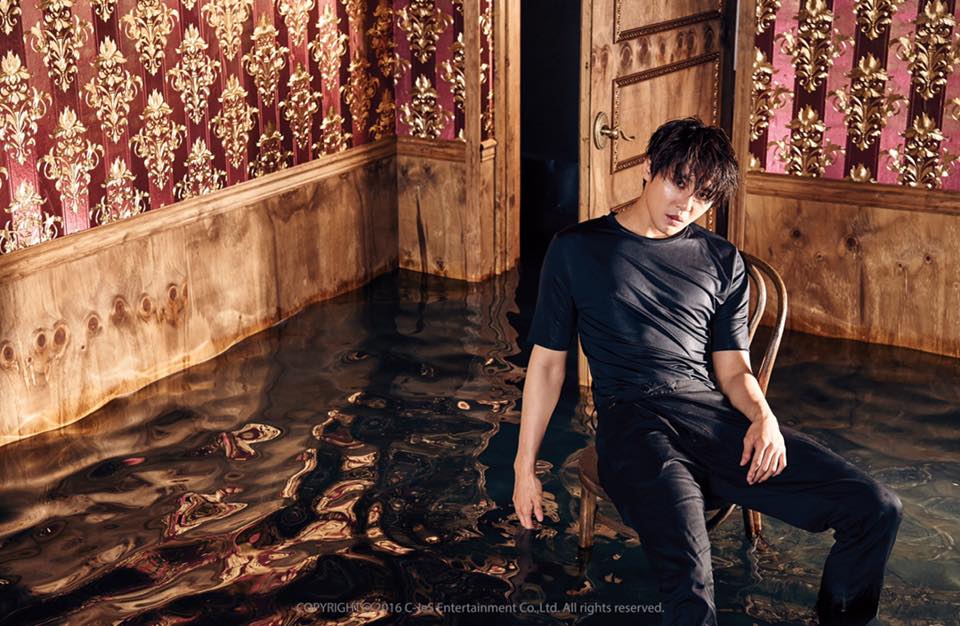 XIA, also known as JYJ’s Kim Junsu, is back with his fourth studio album – “Xignature” – showing his passion and determination to produce high quality music that stays true to his unique style. The album has 13 tracks that features everything from powerful ballads to high-energy dance music that showcase XIA’s musical skill and range.

The first title track of his fourth studio album is “Rock the World,” a hip-hop inspired dance track that features Automatic, who also worked with XIA on his “Incredible” album, and rapper The Quiett. The song focuses on the vibrant energy of the stage, and through XIA’s lyrics, expresses a dynamic atmosphere that ensures a one-of-a-kind performance from Junsu, for which he is known to deliver.

The second title track is “Sweet Melody,” which features the sweet vocals of singer Ben. XIA also wrote the lyrics for “Sweet Melody,” describing how one feels in front of the person he/she loves, nervous and shy, but wanting to confess and give everything to that person.

Before XIA embarks on his concert tour, Soompi was able to catch up with the artist for a short interview in which he discussed his new album and his musical tastes, showing his pride in the album.

If you had to choose one, what is your favorite track from your fourth studio album, “Xignature”?

It’s hard to choose just one, so I will say the title track “Rock the World” and the second title track of this album, “Sweet Melody.” Specifically for “Sweet Melody,” the quality of the song is high and you can hear how well-balanced my voice is with singer Ben’s. The lovely melody of the song matches well with the summer time.

Listen to “Rock the World”:

You’re able to successfully pull off both dance tracks and ballads, but is there a genre you prefer?

Actually, I have no preference. I think there are different charms to both genres. In terms of dance music, it’s always the best way for communicating with fans by giving a performance. For ballads, they are able to deliver sensitive emotions.

Are there any music genres that you would like to challenge, for example, like Jazz or the Blues?

While they are not traditional jazz genre songs, there are two jazzy ballad tracks in my new album. I greatly enjoyed recording them as I felt the appeal of the genre and its characteristics. I have not yet tried to the Blues genre, as you know, but I would like to try it someday for sure.

What’s the best way to cheer you up when you’re down?

Yummy food! (laughing) When I feel down or am a bit depressed, I think enjoying my favorite foods is the best way to refresh myself. It’s my secret healing time.

What can we expect from you in the near future?

After releasing this album on May 30, I held a live showcase to reach out and communicate closely with fans. I’ll soon be embarking on an Asia concert tour, starting in Seoul on June 11 and 12, and then proceeding to to Nagoya, Kobe, Tokyo, etc.

Do you have anything that you want to say to your international fans?

I have come back with my fourth studio album! The album contains 13 tracks of various genres that I love. I hope that you will also love it. Thank you for all your love and interest; as always, I appreciate it a lot. I hope to see you again soon with great performances. Thank you!

Listen to a highlight medley of all tracks from “Xignature”:

XIA’s fourth studio album – “Xignature” – is out now! XIA embarks on his “2016 XIA 5th Asia Tour Concert” starting June 11 in Seoul at the Olympic Gymnastic Stadium and he then proceeds to to various cities around Asia.

Support the artist by buying XIA - Xignature from YesAsia
Soompi Spotlight
Junsu
JYJ
Soompi Exclusive
Xia
How does this article make you feel?