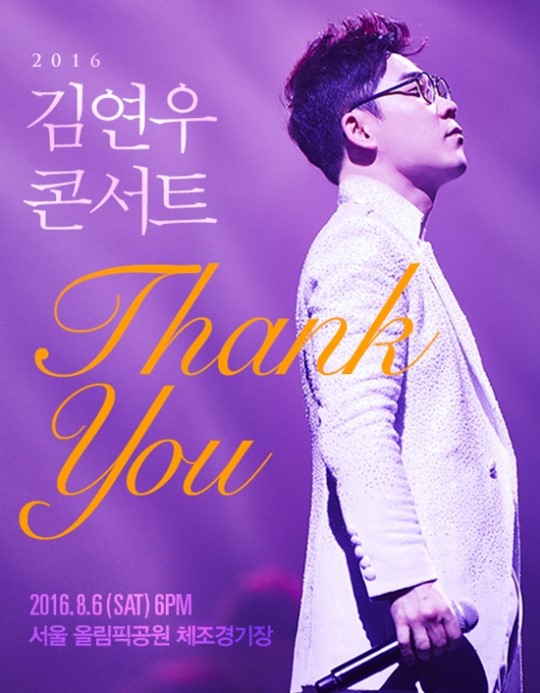 Singer Kim Yeon Woo, who was unable to hold scheduled concerts late last year due to sudden vocal problems, will be holding a large-scale concert to make up for the previous cancellations.

Last December, the respected ballad singer had to call off two concerts — first one in Cheonan and later one in Suwon — after struggling to hit high notes. At the time, he expressed his appreciation for fans’ support by signing autographs and taking photos with them in the concert venue lobby, as well as refunding all the tickets. He also promised to greet fans again once he has recovered.

It’s now been announced that Kim Yeon Woo will hold a solo concert entitled “Thank You” at the Olympic Park Gymnastics Stadium on August 6. All of the fans who attended his Cheonan concert have been invited to see him live for free. Pre-sales with reduced ticket prices will be opened on June 17 to those who attended concerts in Suwon, Goyang, and Gwangju. Regular tickets will go on sale on June 21.

Meanwhile, the singer is known for being particularly respectful and caring towards his fans.

Kim Yeon Woo
How does this article make you feel?