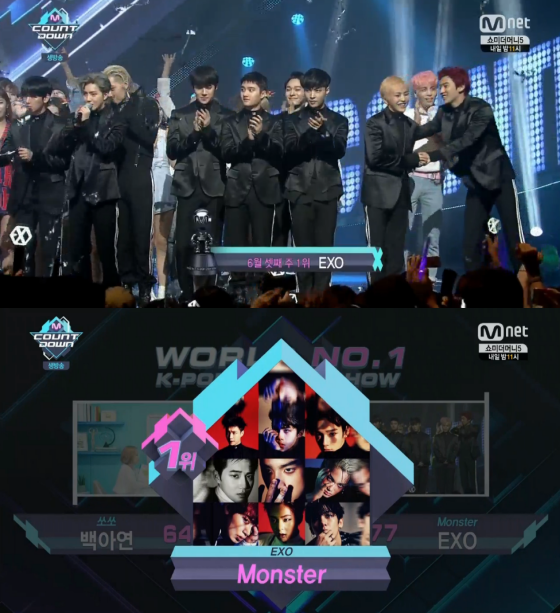 EXO has grabbed their first trophy for their latest hit single, “Monster”!

On June 16’s episode of “M!Countdown,” Baek A Yeon and EXO competed for first place with EXO winning in the end with 9877 points against Baek A Yeon’s 6408 points. EXO thanked “M!Countdown,” Lee Soo Man, SM staff, and their fans. Suho said they worried a lot while preparing this album and they are thankful they are receiving so much love. They promised to continue working hard, and Suho says, “We really love you, EXO-L.”

Watch both EXO’s performance and win below.