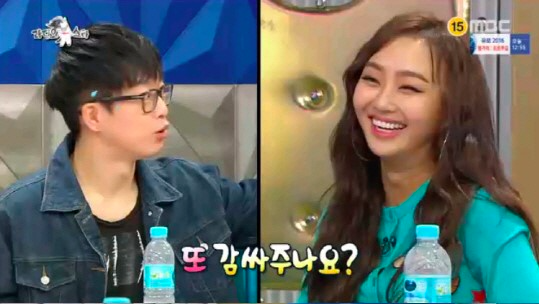 On the June 22 episode of MBC’s “Radio Star,” SISTAR member Hyorin reveals that she wants to get plastic surgery.

Hyorin confesses, “I want to get my nose done and my double eyelids redone. I want a pointy celebrity-like nose.”

In response Ha Hyun Woo and Kim Gura disagree with her sentiment stating, “Hyorin, your unique image will disappear.” Hyorin responds, “Even if I regret it, I want to regret it after getting it done.”

Do you think Hyorin should go under the knife?

Hyolyn
Radio Star
SISTAR
How does this article make you feel?