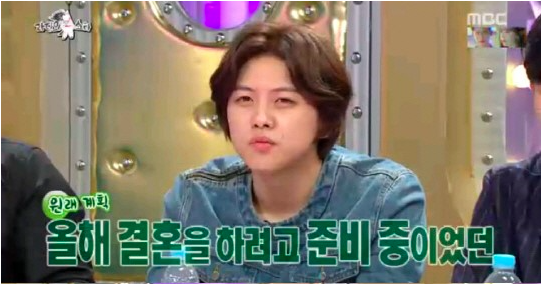 After commenting on Dongho’s marriage last November and having his son this past May, MC Kyuhyun addresses the elephant in the room: “You denied in the past that it was not a pre-marital pregnancy. What was going on?”

Dongho explains, “It may seem like an excuse, but we were actually preparing to get married this year. However, in the midst of preparing, we learned of my wife’s pregnancy. My wife wanted to get married when she was her prettiest, so we moved the wedding forward. We told people close to us about the pregnancy. I had no choice but to deny it to the public because of the negativity she would have received.”

Watch the clip of the episode below!

Dongho
Radio Star
How does this article make you feel?