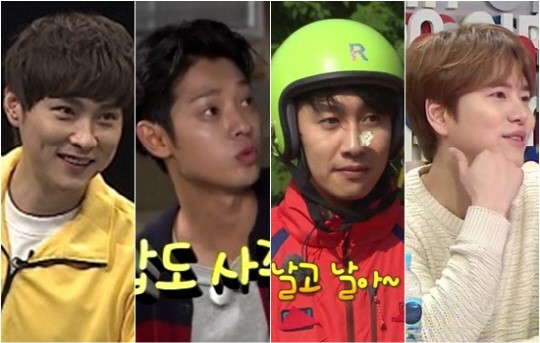 The role of a maknae, or the youngest member, on a variety show (or any other undertaking, including an idol group) is not to be overestimated. Their personas are often clumsy and easily confused – the better for entertainment – but can sometimes be totally unpredictable to their other members.

Recently, a Korean media outlet identified four maknaes on variety shows who go above and beyond expectations – either to the amazement or despair of their hyungs.

Min Kyung Hoon (“Ask Us Anything”) 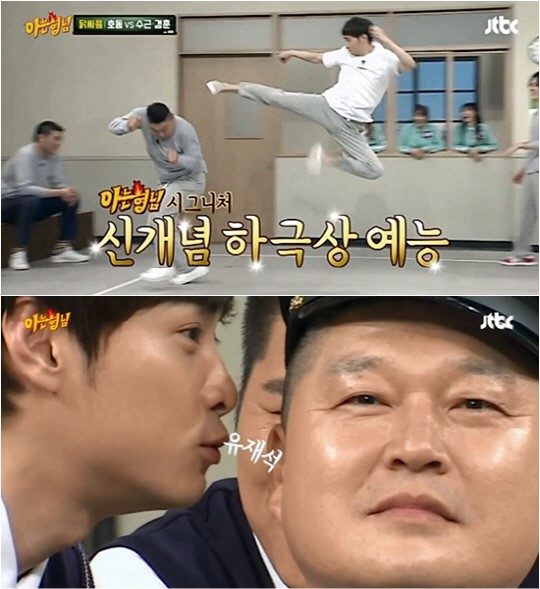 Despite his maknae status, Min Kyung Hoon has set himself up as a counterpoint to Kang Ho Dong, who is his senior by both age and industry status. On their first meeting, Min Kyung Hoon chose him as the least interesting member, saying, “He’s a national MC, so his style is a little obvious… How funny can he be?”

Later, he was asked whether he preferred Yoo Jae Suk or Kang Ho Dong. “Jae Suk hyung is more well-mannered and Ho Dong hyung is very far away from him in that respect. I think I have loyalty, but I haven’t seen him.” He then whispered into Kang Ho Dong’s ear, “Yoo Jae Suk.”

Much to everyone’s surprise, Min Kyung Hoon also beat Kang Ho Dong in a fish cake eating contest and tried out his “chicken leg” kick on him. 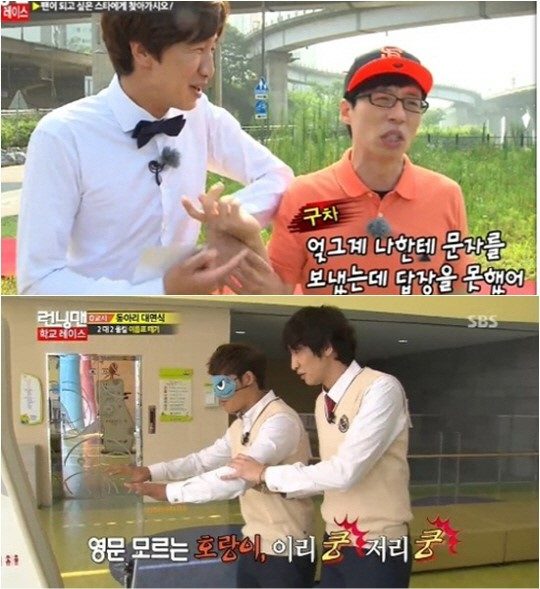 Lee Kwang Soo originally approached his variety personality as a tall but naive young actor used to playing comic characters. But once he decided that he was in a dog-eat-dog world, everyone’s favorite giraffe became the betrayal-prone competitor that we know and love today, recruiting Ji Suk Jin and Haha to his cause and constantly bickering with Yoo Jae Suk and Kim Jong Kook. 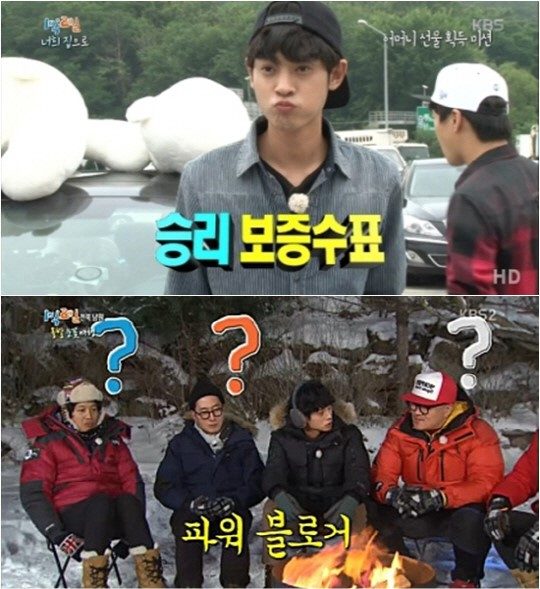 The maknae of this long-time travel-variety show proved himself from Day 1 to be a “4D character,” puzzling the production staff as well as his hyungs. His weird antics and completely off-the-cuff remarks entertain audiences every Sunday and have earned him a reputation as a freewheeling character.

However, he soon became known for his amazing luck (and games of chance feature heavily on “2 Days & 1 Night”) as well as his skill in most games. He gets along with his hyungs, despite a sometimes considerable age difference (17 years between him and former member Kim Joo Hyuk), and is known among them as the “well-mannered crazy kid.” 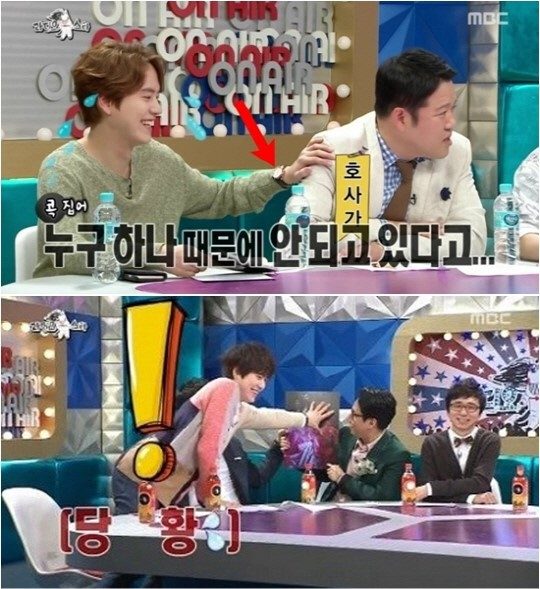 Even among more seasoned MCs with reputations for cutting tongues, Super Junior’s Kyuhyun amply holds his own. Referred to as “Little Kim Gura,” he often smoothes the way out of a sticky situation for a guest by not being afraid to retort on his own members.

The producing director (PD) of “Radio Star” commented, “Kyuhyun has the hardest role of the four MCs. It’s hard for a young person to come out on a show where there are tough questions. He feels sorry if he attacks too harshly, and thinks a lot to himself. Even when people tell him that it’s okay to let the other members take over if he’s struggling, he doesn’t give way during a recording.”

Have these maknaes surprised you with their antics? Who do you think should have been included?