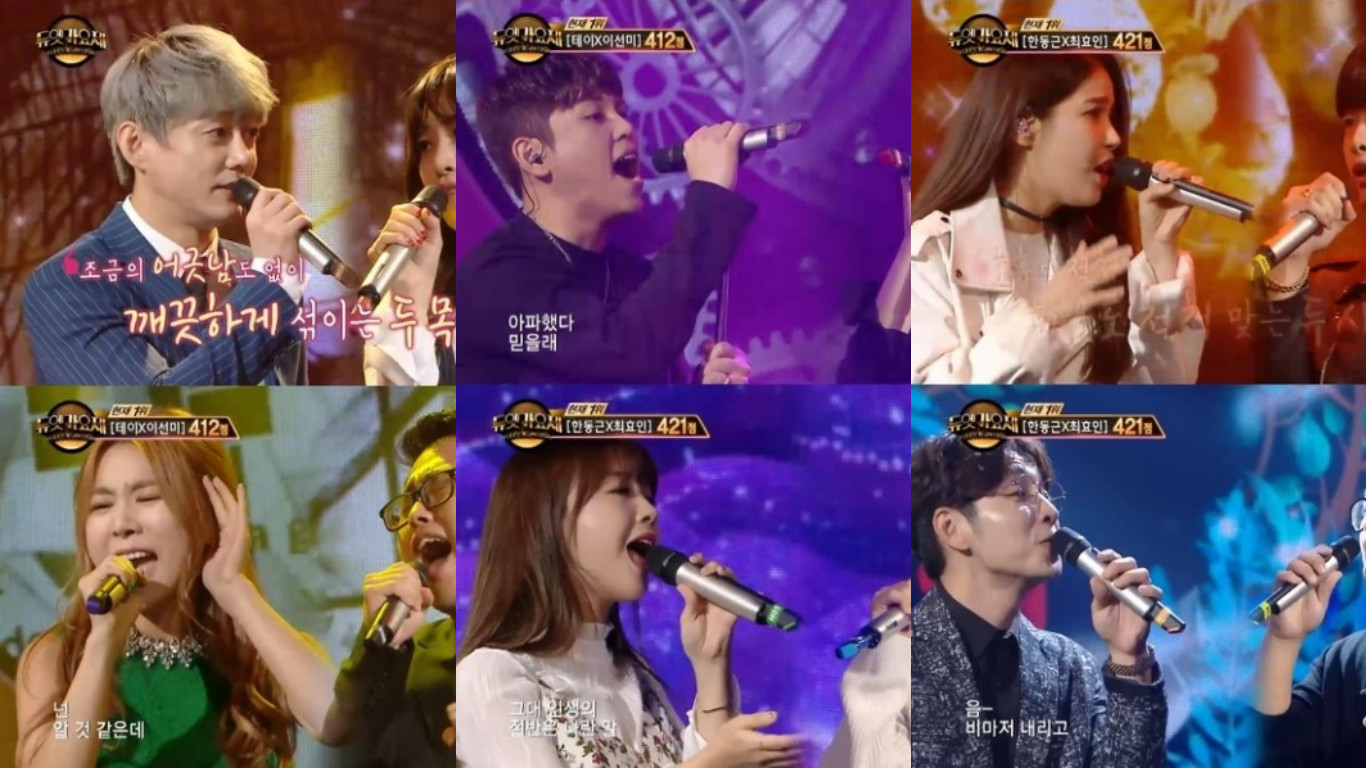 Will Han Dong Geun and his partner take home the “Duet Song Festival” Crown for four weeks in a row, or will a new challenger rise to the top?

Tei and his partner Lee Sun Mi were the first to perform, covering Kim Dong Ryul’s “Should I Say I Love You Again” and getting 412 votes.

JeA and her partner Lee Jin Soo covered Shin Yong Jae’s “The Reason I Became A Singer.” JeA selected the song, respecting her partner’s desire to convey his feelings to a specific person in his life. Their powerful vocals and synergy brought out the emotion in the room and the pair got 403 votes.

The defending champions, Han Dong Geun and Choi Hyo In, covered Yoon Do Hyun’s “Must Have Been Love” and winning people over with their emotionality and power, got 421 votes.

Minah and her partner Ahn Se Jong covered “A Man Like Me” by Im Chang Jung. Their sincere and filling voices melded well in harmony, but failed to put them at the top with 391 votes.

Solar and Dong Sun Ho covered G-Dragon’s solo track “That XX” and drew people in with their interesting use of props and sharp change of pace. They got 418 votes.

Finally, Lee Suk Hoon and Kim Chang Soo joined forces to cover “If You Were Like Me” and succeeded in overthrowing Han Dong Geun with 432 votes, taking home the final win on the episode.