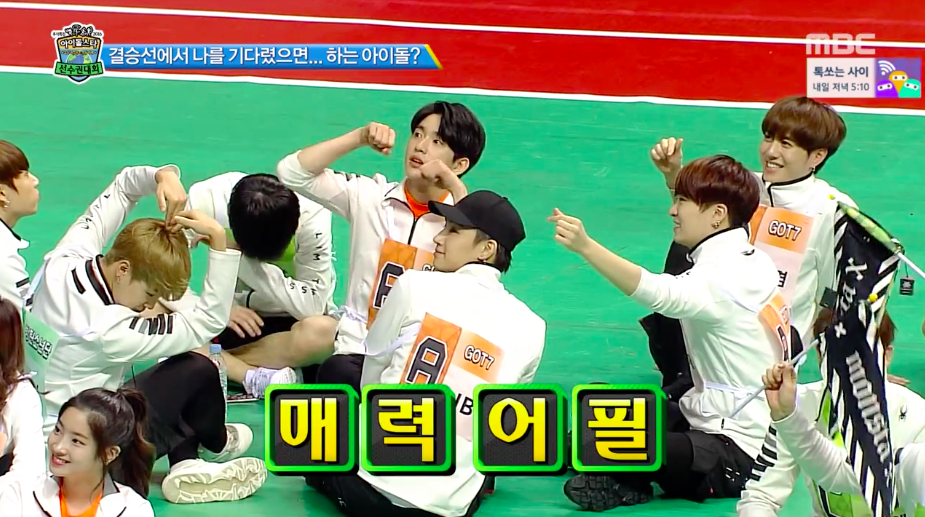 Which Idols Do Other Idols Want To Be Waiting For Them At The Finish Line?

September 15’s Chuseok special “Idol Star Athletics Championships” featured not only some intense sporting events, but also the results of fun polls of the idol athletes!

One of the polls asked the idols “Which idol do you want to be waiting for you at the finish line?”. When they’re about to announce the results, the hosts joke that the athletes all seem nervous and excited.

The female idol that came in the top spot among votes from male idols was Sana of TWICE! Sana’s groupmates look thrilled as they celebrate with her, and Sana shyly does a bit of her famous “Shy shy shy” dance from “Cheer Up.” 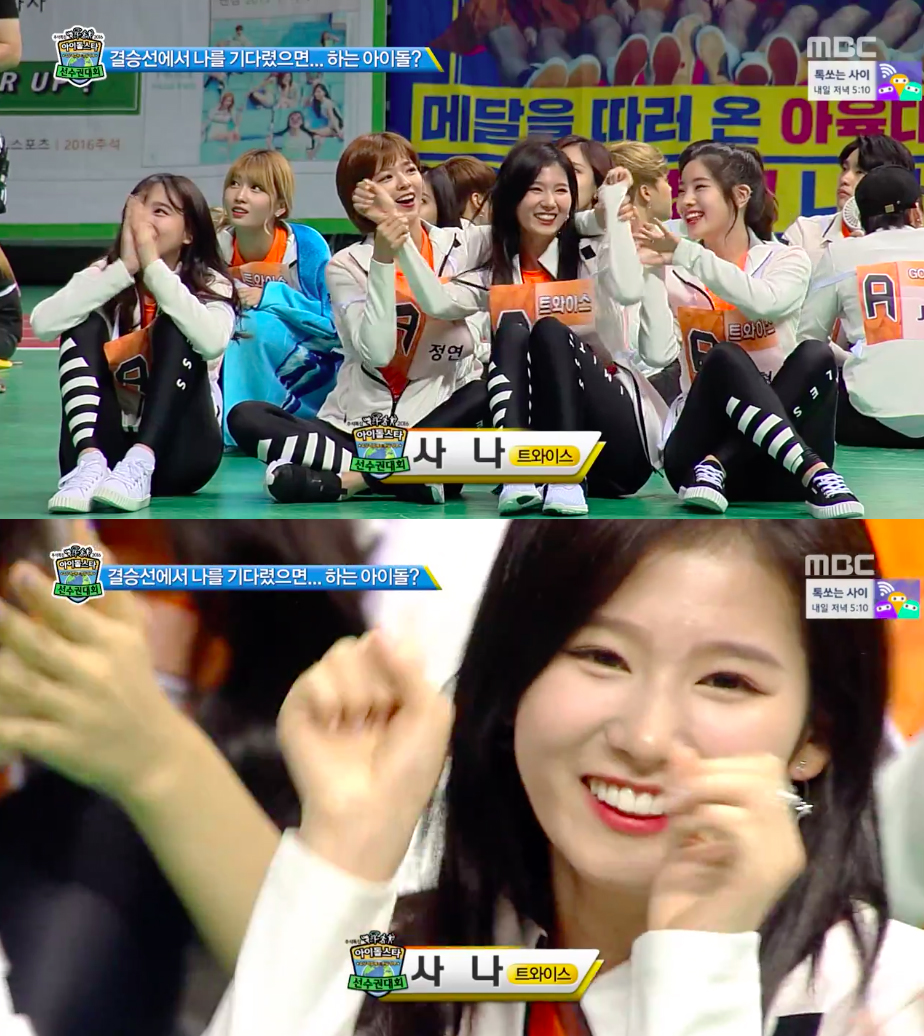 When the hosts get ready to announce the male idol that was chosen by the female idols, they show shots of GOT7 and BTS members doing aegyo poses for the camera, and ASTRO smiling. 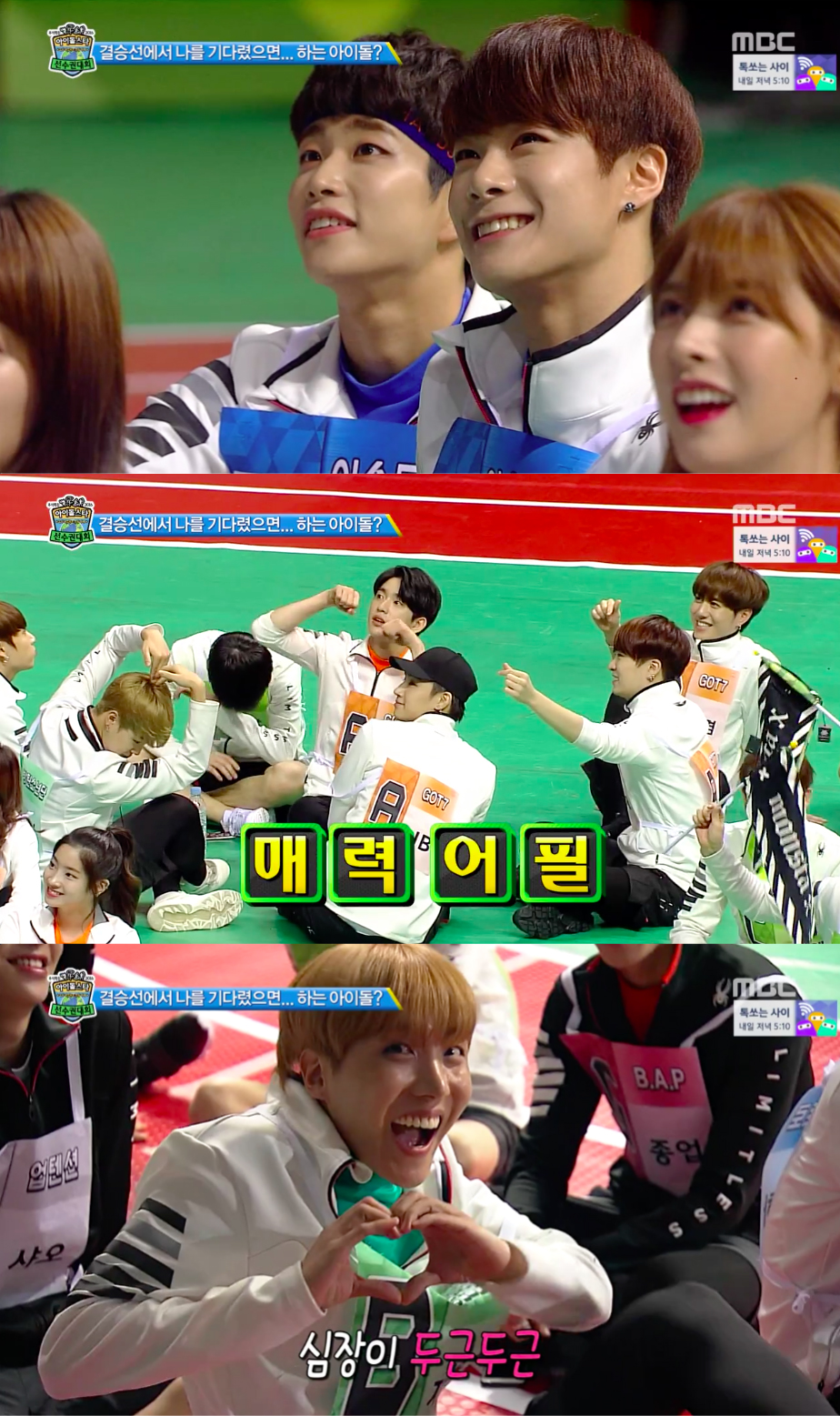 Jimin seems completely shocked by the result, and Jungkook laughs hard as he hits Jimin on the back repeatedly. Jimin then flashes a smile and V-sign at the screaming ARMY in the audience. 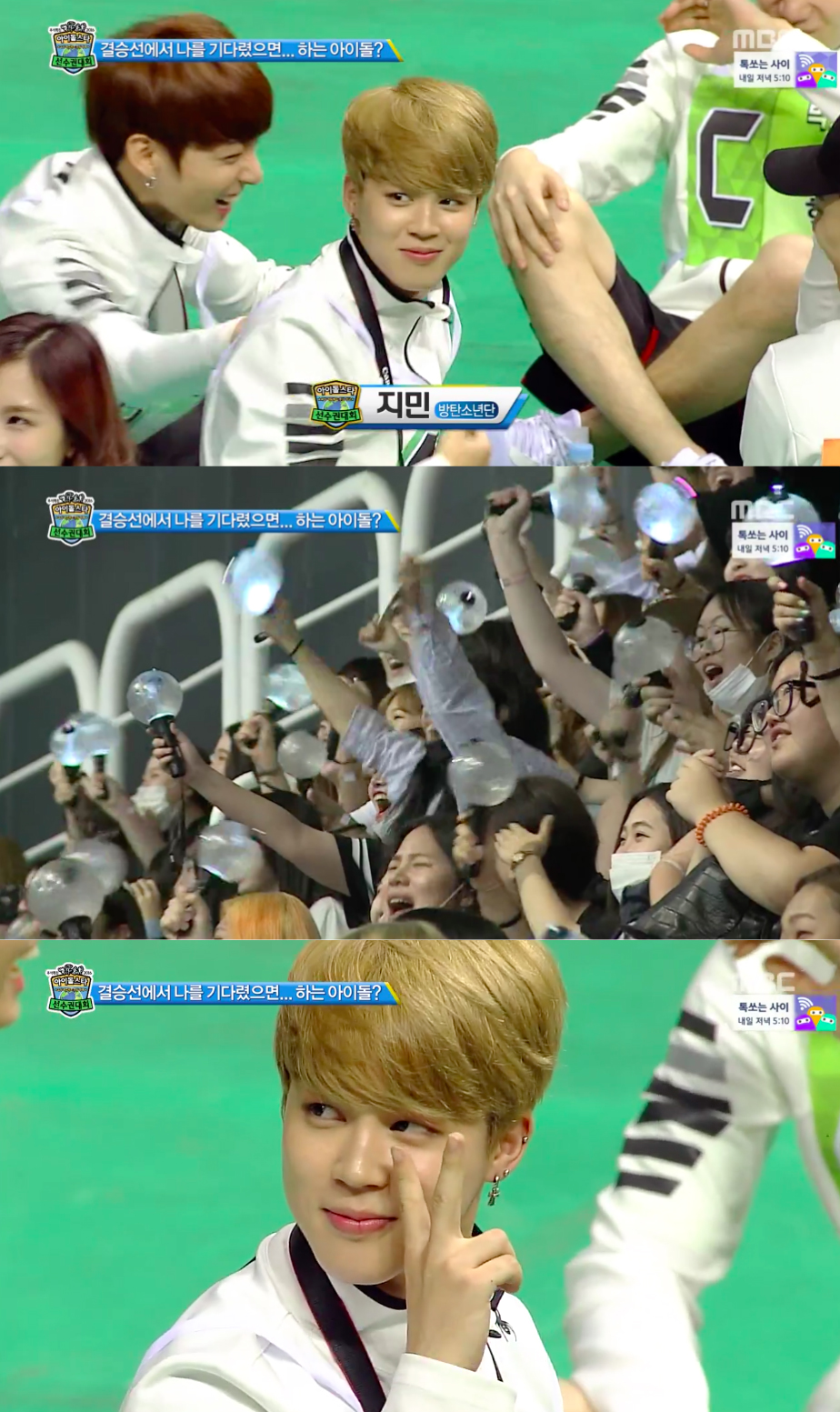 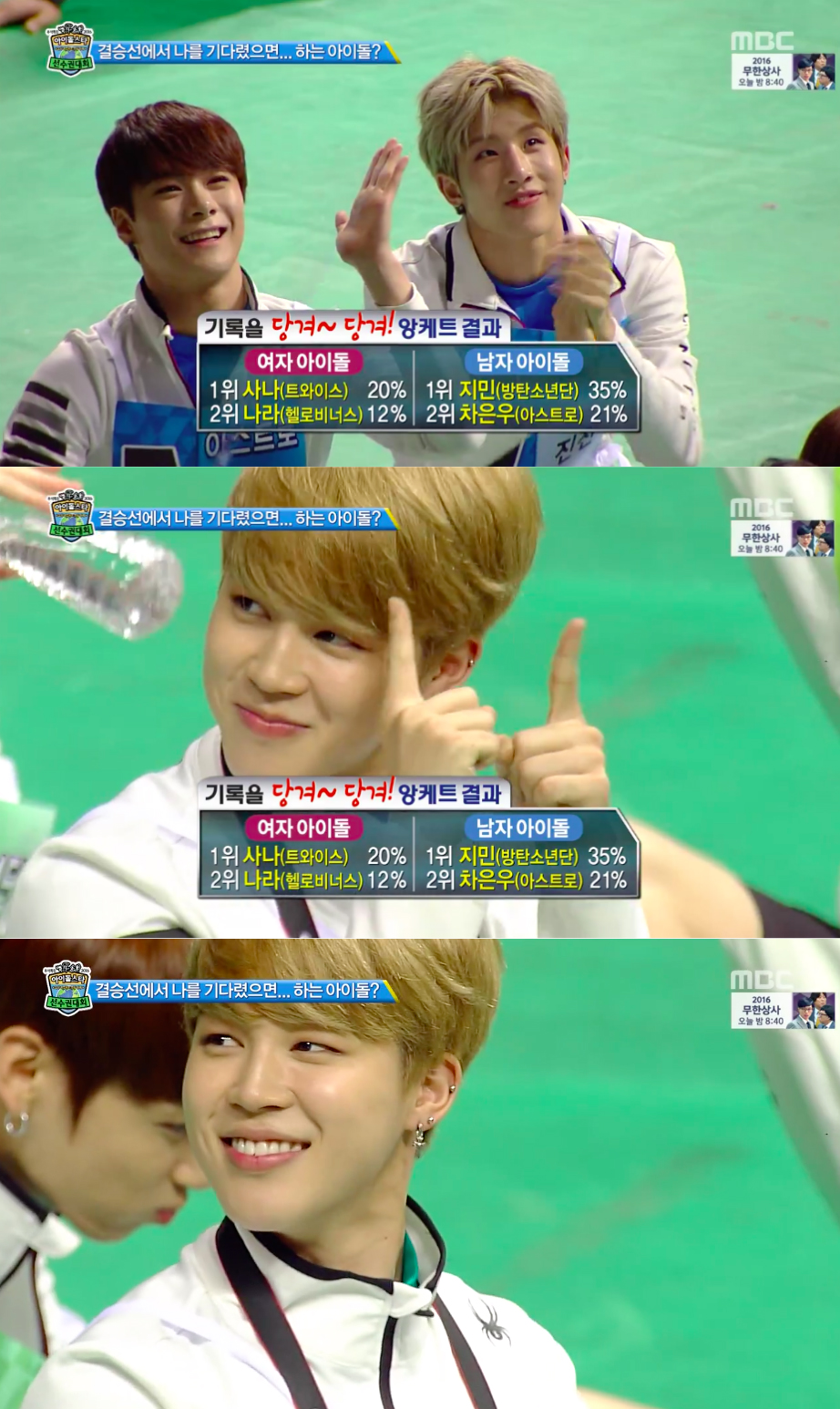 Were the results what you expected?