Actress and TV personality Park So Hyun is well known for her immense love of K-pop idols. She has proven it again and again numerous times on TV and on her radio show, surprising many with her knowledge and love for K-pop idols despite her age, which is generally considered too old to be into idols. The 45-year-old actress drew even more surprise, however, when she revealed on the variety talk show “Happy Together” that aired September 15 KST that she forgoes even going on dates for EXO. 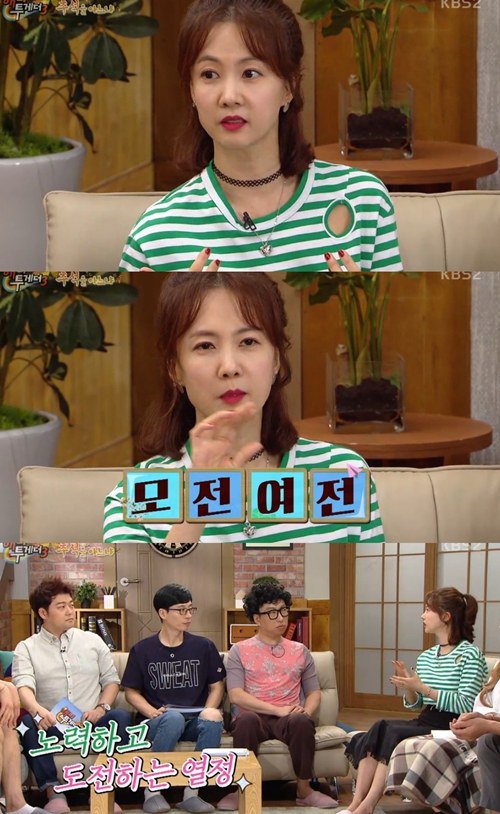 Park So Hyun revealed, “When I hear that EXO is returning with a new album, I don’t schedule any blind dates or personal appointments.” If she does meet up with friends, she tells them, “I could die right now without any regrets” because she is so happy fangirling.

She added that she when she watches idols, she feels the passion to challenge something because she really enjoys the lyrics and music they write.

Park So Hyun also revealed that her mom is a fan of EXO and likes to rewatch shows with them in it over and over again. Her mom became a fan of EXO when Park So Hyun showed her videos of the group when teaching her mother how to search for things online.

Unfortunately, not all of her parents share in the actress’ love of idols. Fellow celebrity Hong Hyun Hee revealed that Park So Hyun was caught by her dad going to an EXO concert in secret, and that “while her age makes her my unni, she seems like a young girl.”

EXO
Happy Together
Park So Hyun
How does this article make you feel?