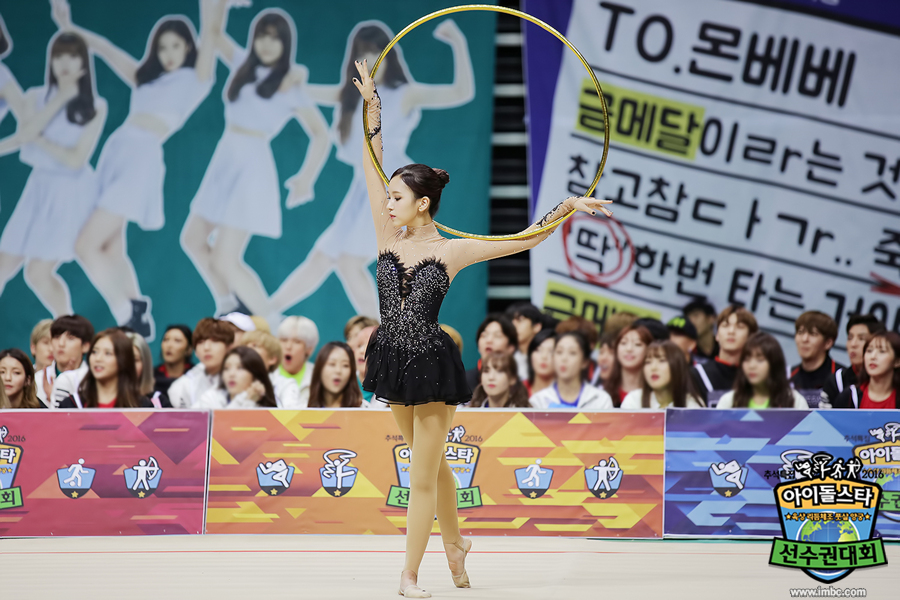 Rhythmic gymnastics was included for the first time at the MBC Chuseok special of the “2016 Idol Star Athletics Championships,” which aired September 15 KST. TWICE’s Mina was one of the competitors, performing a hoop routine to “Swan Lake.” Although Mina showed grace and poise during her routine, she dropped her hoop several times, which meant she would be penalized for her final score. Mina scored a total of 9.8 points for her routine: 2.9 for difficulty, 7.5 for difficult, and a penalty of 0.6 points.

After her routine was done, Mina showed tears of regret and she explained in her interview that during her rehearsal earlier, she hadn’t made any mistakes and that she had practiced a month for the competition. Mina added that she knew her members was looking forward to a great performance because she did ballet when she was younger. Her fellow TWICE member also showed tears, knowing how hard Mina worked for this routine and how was she feeling right now. 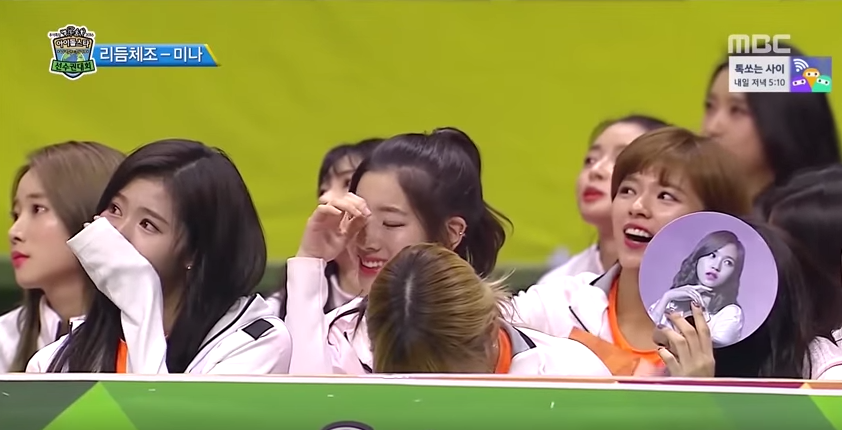 Although Mina’s hard work did not result in gold, it left a deep impression on many, even moving fellow labelmate Taecyeon of 2PM. He tweeted a clip of Mina’s performance and wrote, “They must be so busy with promotions and lacking any rest…It’s incredibly impressive how she prepared something like this even when she is not able to get any sleep.”

See all the results from the “2016 Idol Star Athletics Championships” here.