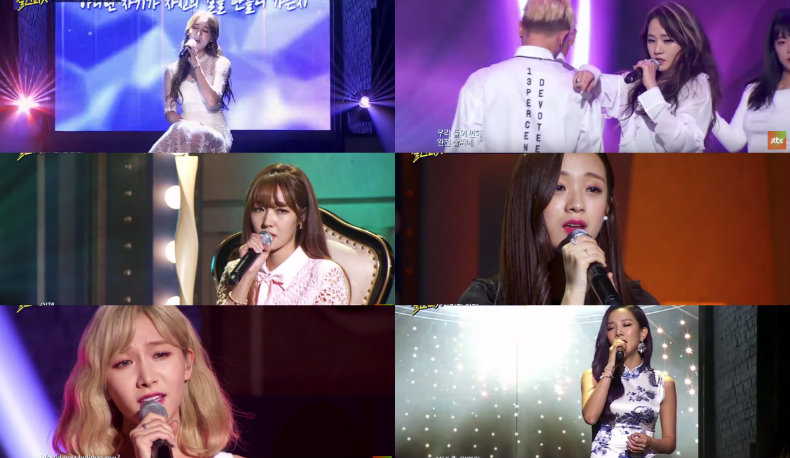 The theme of the September 2o episode of JTBC’s “Girl Spirit” was “Thank You,” continuing from last week. Each of the competitors selected a song to sing to a particular person in their life they wanted to thank.

Spica’s Kim Bohyung was first and she sang Ahn Jae Wook’s “Friend” for her best friend since high school. She sang 187 points out of 200, placing first.

Ladies’ Code’s Sojung sang BIGBANG’s “Bae Bae” to thank fans who have waited for her, and received 149 points.

LABOUM’s Soyeon sang Kelly Clarkson’s “A Moment Like This” for her mother, whom she gave a hard time during her adolescent years when she was trying to be a singer. Soyeon sang with singer The Ray and received 152 points.

Which was your favorite performance this week?