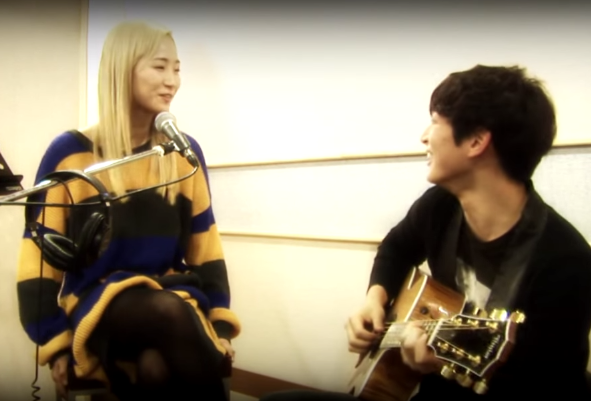 It looks like we have another beautiful couple in the idol industry!

They stated in a joint statement that “The two who have music as the common denominator became lovers from friends in the beginning of 2014 and are still continuing their beautiful love even now with Jinwoon having moved to Mystic Entertainment.” The agencies added that the two are supporting each other wholeheartedly in their musical pursuits and are continuing their beautiful relationship as a “musician couple.” They asked for the public’s love and support for the couple.

Previously it was reported that the two idols have been dating for almost three years, brought together by their similar thoughts and taste in music. Yeeun would record the demo version of the songs she composed with Jeong Jinwoon playing guitar. They also gave each other instruments as gifts.

Check out a video of the two singing together below.

Jeong Jinwoon
2AM
Wonder Girls
Yeeun
How does this article make you feel?