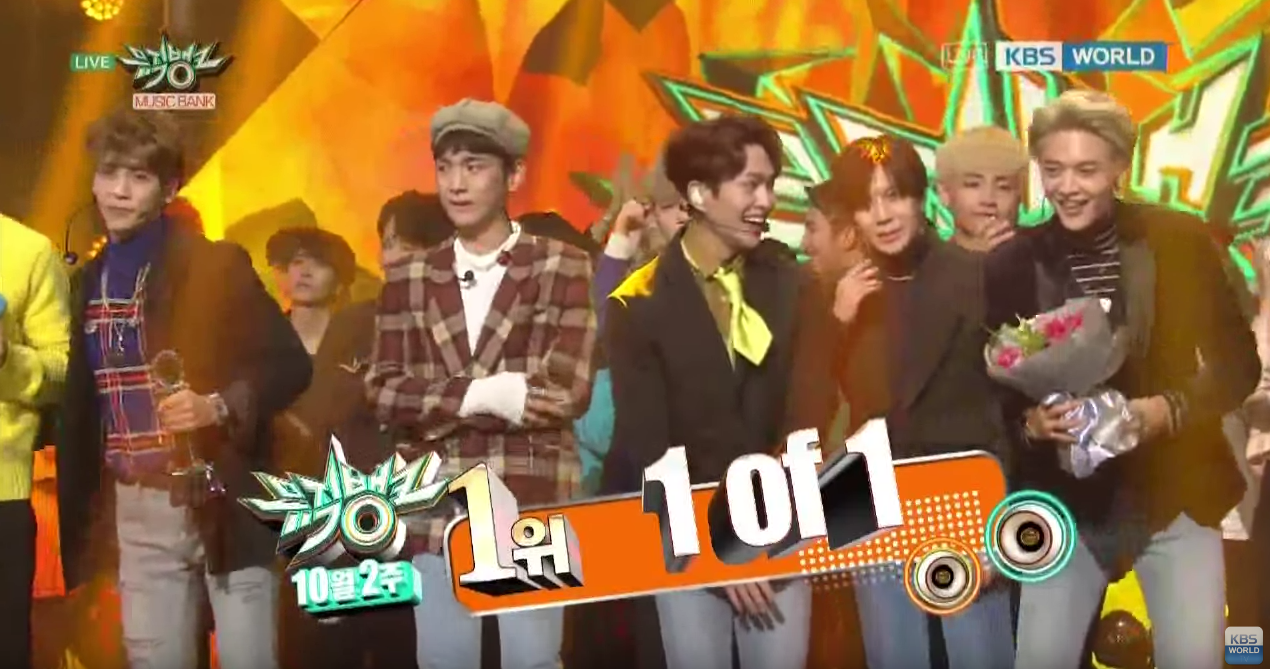 The October 14 episode of KBS2’s “Music Bank” featured Park Hyo Shin’s “Breath” and SHINee’s “1 of 1” as contenders for first place. SHINee ended up winning their third win for “1 of 1” with 7,100 points! Onew and Key spoke up and thanked their agency, parents, fans, and others.

Congratulations to SHINee on the win!

PENTAGON – “Wake Up” and “Gorilla”