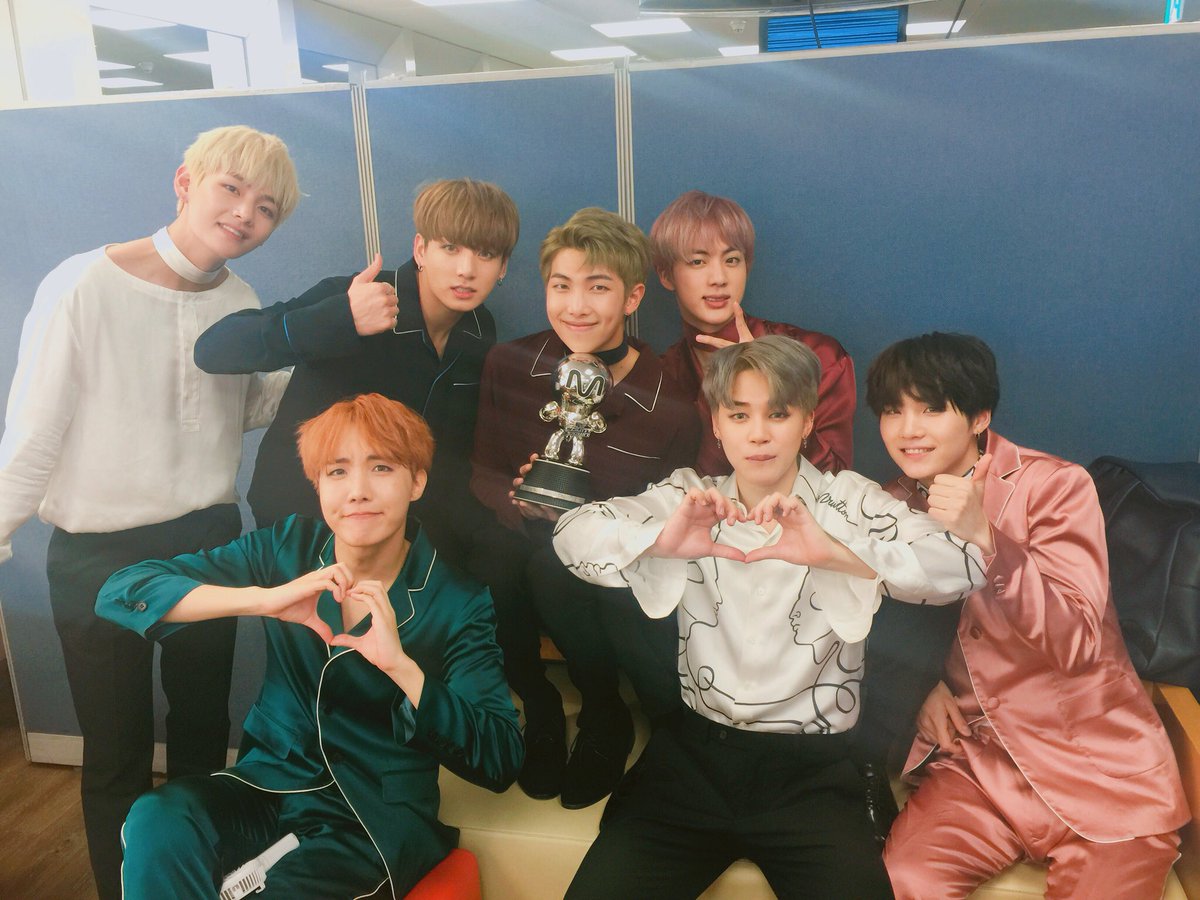 BTS has won their second trophy for “Blood Sweat & Tears”!

On October 20’s episode of “M!Countdown,” BTS’s Jin and Jimin joined SHINee’s key as special MCs. In today’s show, BTS’s hit track “Blood Sweat & Tears” was up against Davichi’s “Beside Me” for first place.

BTS grabbed the win with a total score of 9,852 to Davichi’s 6,307. Rap Monster takes the mic to quickly and sincerely list off their thank yous, thanking their fans, Bang Si Hyuk, Big Hit Entertainment staff, and managers, before switching to English to thank fans all over the world. V adds a big thank you to their parents.

The guys then fulfill the promise they made earlier in the show to do a “lying down and cute” version of “Blood Sweat & Tears,” as they hang out on the floor and sing (although some of them can’t help but dance a little too). Watch their performance and win below, as well as the unaired full version of their encore performance!

Watch them all below!

Sandeul – “Stay As You Are”