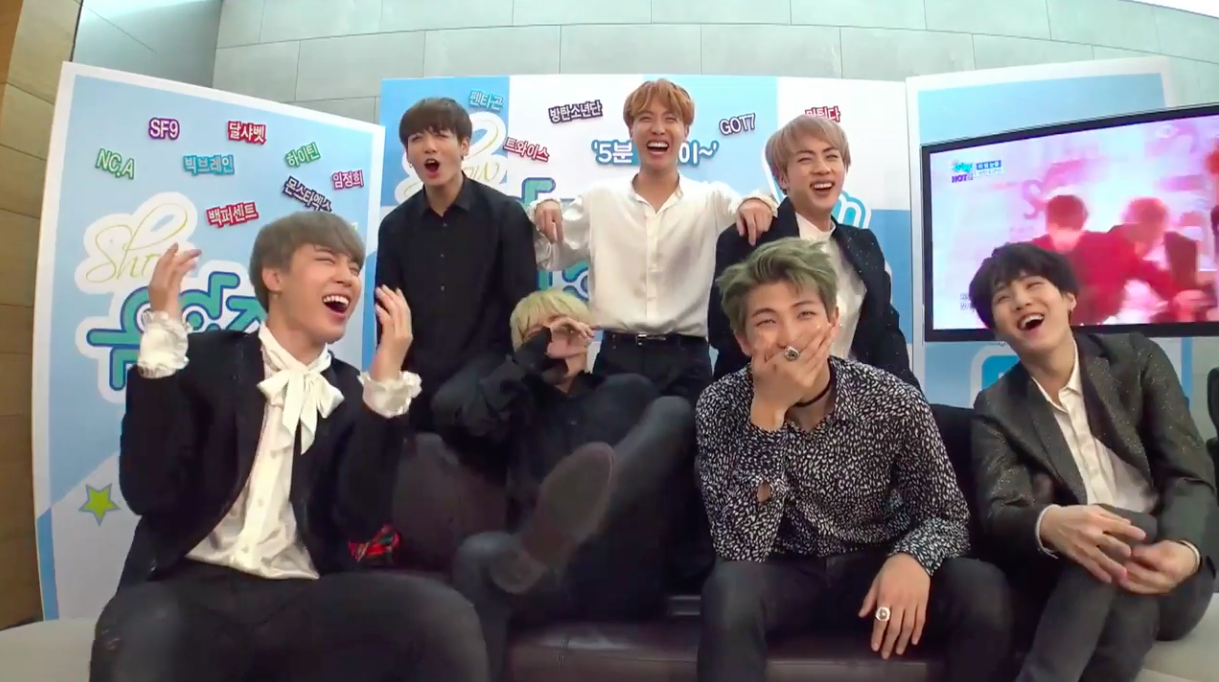 Watch: BTS, TWICE, GOT7, And More React To Their “Music Core” Performances

We’re once again treated to lots of great moments, including TWICE’s first time on the show, where they get excited about seeing their fans’ new light sticks for the first time in the audience and later do their fan chant to “TT.” It’s also a meaningful opportunity for GOT7, as they get to react to their last music show performance of “Hard Carry.”

BTS and GOT7 show off their inter-group love (very loudly) once again when BTS heads in to take over the reaction spot, which ends with Rap Monster having to literally drag GOT7’s Jackson off the sofa this time too. The BTS guys fanboy over J-Hope again after turning his name into a meme last week, V adorably tries to spark up a spontaneous English conversation with Rap Monster as they watch, and much more.

Check out many of the reactions below in the order of their appearance!

You can also watch the performances from this week’s episode of “Music Core” that the artists are reacting to here!