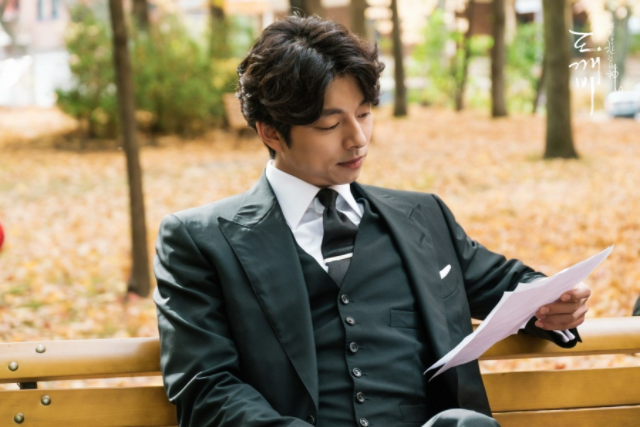 Actor Gong Yoo’s popularity is on the rise again with his new hit drama “Goblin,” which follows his success with the blockbuster film “Train to Busan.” This means that whatever Gong Yoo does or has done will gain renewed recognition, and these days, it’s this adorable moment caught on a fancam.

Gong Yoo is at a special screening of his film “The Age of Shadow,” which premiered in Korea on September 7. The film also stars Song Kang Ho and Han Ji Min. At the screening taking place on September 15 in Cheongdam-dong, the cast take to the stage to speak a little to the audience, who have their cameras out to film their favorite celebrities. Everything is the same as usual until Song Kang Ho’s speech, when Gong Yoo, who noticed a fan filming him, instinctively winks at the fan. Gong Yoo becomes immediately embarrassed afterwards as the other members of the audience notice the wink and exclaim; it doesn’t seem like Gong Yoo meant for his wink to get that much attention!

Watch the moment below! It starts around the 1:44 minute mark.

Here’s the gif that started it all.

Meanwhile, fans of Gong Yoo can catch him every Friday and Saturday. Catch “Goblin” on Viki exclusively in Europe!

Gong Yoo
The Age of Shadow
How does this article make you feel?