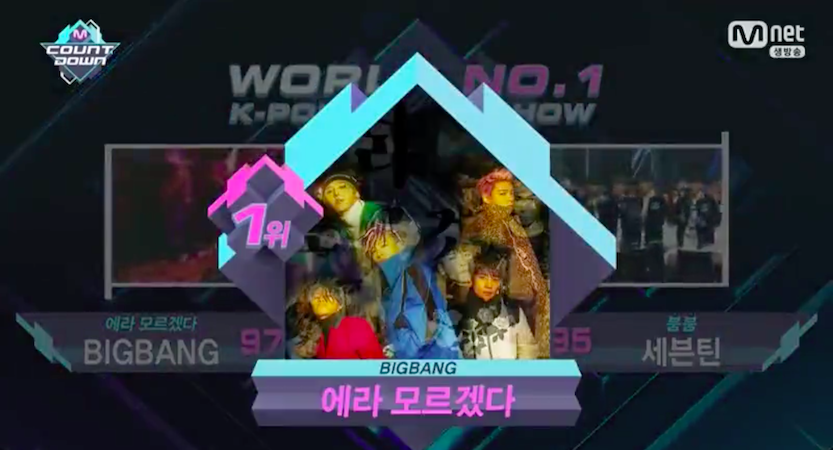 BIGBANG has taken home another music show trophy for “FXXK IT”!

On January 5’s episode of “M!Countdown,” BIGBANG’s “FXXK IT” was up against SEVENTEEN’s “BOOMBOOM” for the win. BIGBANG was awarded the trophy, which is their fourth so far for the track, with a total score of 9,750 to SEVENTEEN’s 4,495.

Although BIGBANG wasn’t there to perform today, there were plenty of other great artists who took the stage. This episode featured comeback performances by Uhm Jung Hwa, AOA, NCT 127, Cosmic Girls, APRIL, VROMANCE, MIXX, and BP RANIA. In addition, new groups VARSITY, TopSecret, and Bonus Baby performed for the first time on “M!Countdown,” and DIA’s first sub-unit BCHS made their debut performance.

Other performers this week included SEVENTEEN, UP10TION, PENTAGON, BEATWIN, HighSoul, and more. Check out many of the performances below!