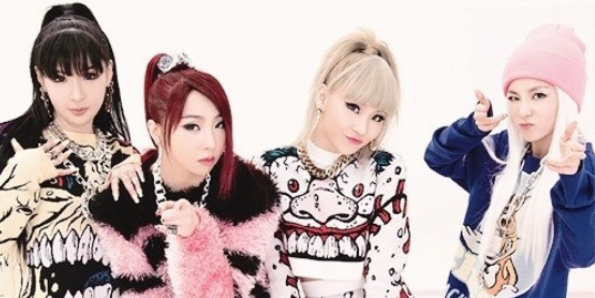 With 2NE1 dropping their last song, “Goodbye,” soon, former group member Gong Minzy spoke up through her personal Instagram account about the song.

Gong Minzy wrote in both Korean and English, hashtagging the post “#2NE1#Fourever #Goodbye.” While she reveals that she wasn’t involved in any way with the release of the final song of a group she used to be a member of, she states that she is one with the other members in thanking their fans. She included a collage of the group as four members from their past releases.

Gong Minzy wrote: “It’s a shame that I had to find out 2NE1 will be releasing their final album through a news article. This is very unfortunate as I was previously a member of the group 2NE1, but I share the same feelings as the other members in wanting to show appreciation and bid farewell to everyone for all their love and support of 2NE1. I am truly grateful and sincerely appreciate all the love 2NE1 received and hope for your extended love and support as the members continue on in their individual careers. Thank you.”

Meanwhile, YG Entertainment will be releasing 2NE1’s final song on January 21 at 12 a.m. KST. Member CL penned the lyrics for “Goodbye” herself while J Gramm and Rook Monroe composed it.