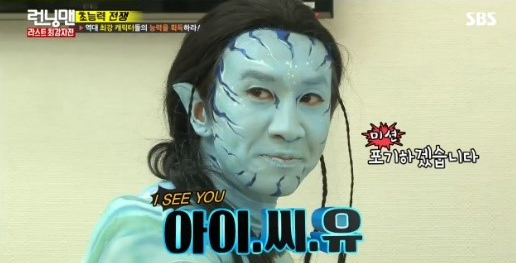 On this week’s episode, the members brought back their best characters from the show and engaged in a battle of superpowers. Lee Kwang Soo was the last cast member to receive his superpower, which was the ability to adjust the other members’ powers. 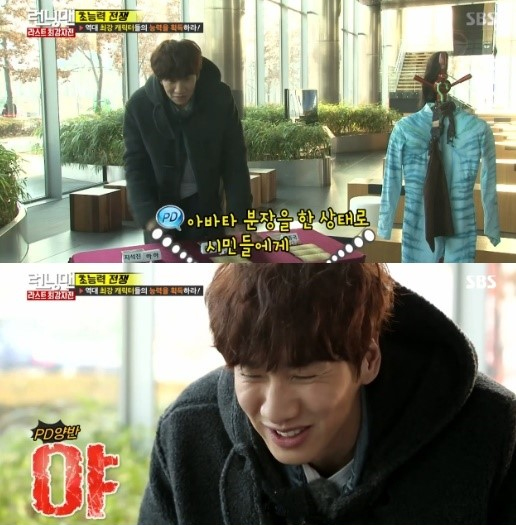 Afterwards, Lee Kwang Soo was asked to bring back his perfect transformation as one of the blue humanoids from James Cameron’s “Avatar.” As the producer continued to explain the required tasks, a dumbfounded Lee Kwang Soo yelled, “Hey!” as he laughed from hearing the hilariously absurd dress code requirement.

Without batting an eye, the producer continued his explanation, which included the task of going around talking to ordinary civilians, dressed as “Kwangvatar.”

Once he reluctantly made his extreme transformation, Lee Kwang Soo hilariously announced, “I give up. I’ll receive the punishment.”

After his announcement was ignored, Lee Kwang Soo went off to start his mission. Out in public, he met Yoo Jae Suk, who was dressed normally compared to him, which caused him to comically nag at the producer again.

Watch the entire episode below!