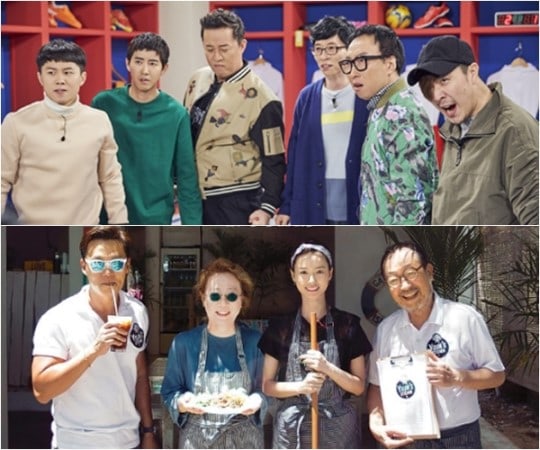 “Infinite Challenge” was the most popular variety show between April 4 and May 5 of 2017, according to the Korea Business Research Institute.

The Korea Business Research Institute analyzed statistics of 39 variety shows including communication between viewers, the brand’s generalizability, and the amount of consumption. There was a change in the algorithm this time around, as they added a media value. Through this, they are able to separate the consumers’ behavior and analyze the brand rankings according to the amount of communication, media, discussion within online communities, and viewership.

“Infinite Challenge” came in first place again with 8,341,026 points, which is 42.29 percent higher than the rankings released in April.

The Korea Business Research Institute explained, “According to the analysis performed to rank the brand value of variety shows, ‘Infinite Challenge’ placed first. The second place show, ‘Youn’s Kitchen,’ got a lower score on the community score, which measures how generalizable the brand is. ‘Infinite Challenge’ gets more points for the community score because there are lots more people spreading the content with secondary work [such as fan art].”