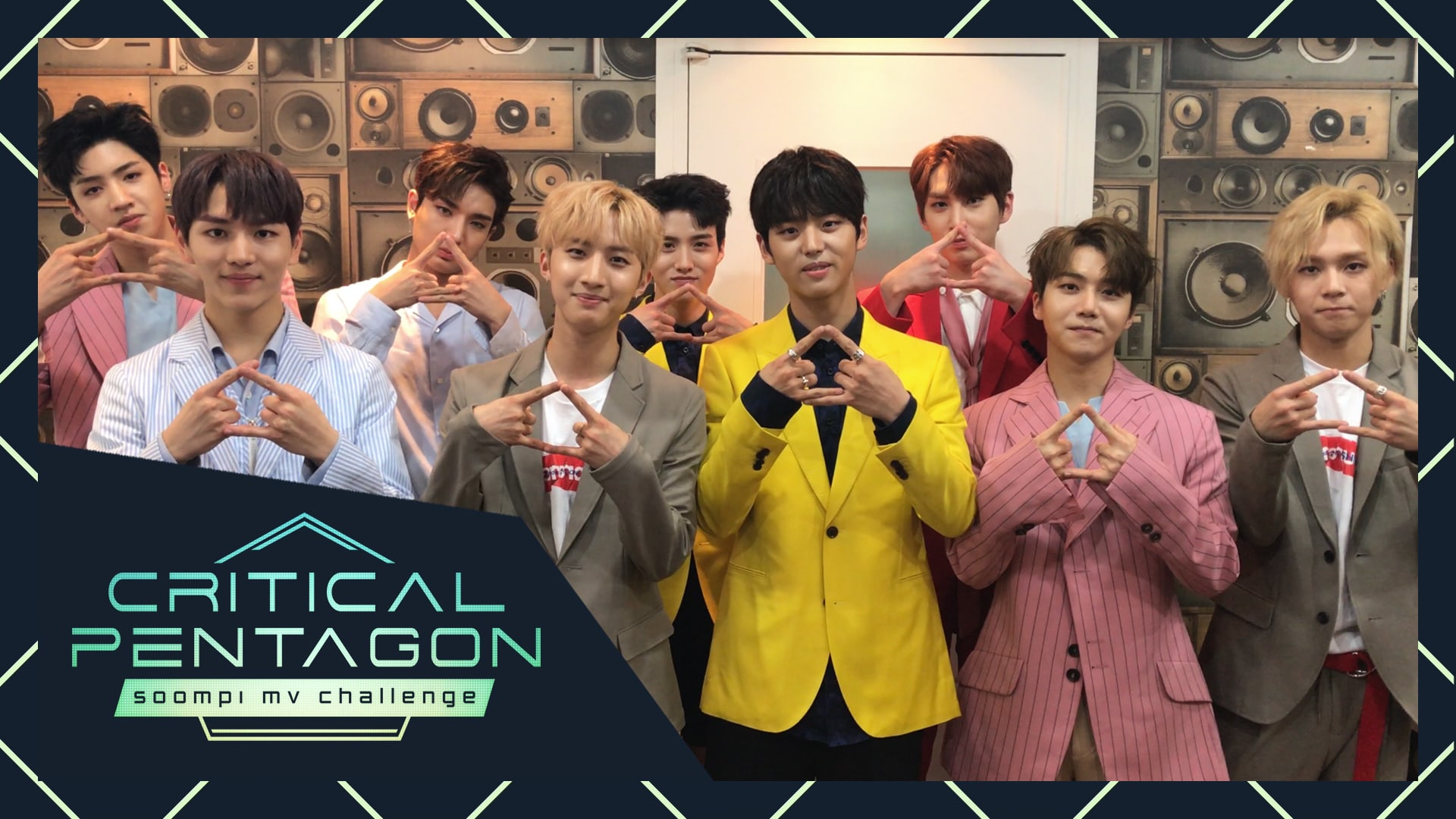 We know that you’re already streaming PENTAGON’s new comeback song “Critical Beauty” – but we have partnered with them to help thank you for your streaming! PENTAGON wants to give back to international fans as a huge thank you for streaming their new MV and that’s how we came up with our “CRITICAL PENTAGON” event!

“CRITICAL PENTAGON” is a music video streaming event created so fans can show off your streaming prowess and win some awesome prizes!

“Critical Beauty” is an ode to beauties everywhere so “CRITICAL PENTAGON” is all about celebrating the beauty of all the members of Pentagon!

HOW DO I ENTER

You can enter using either (or both!) Twitter and Instagram. You can enter multiple times a day – the more you enter the better chances you have to win!

If you have multiple favorite members (don’t we all?) you can also upload multiple screenshots or a different screenshot each day! It’s totally up to you – just keep streaming and screen-capping!

WHAT DO I WIN

PENTAGON has signed 10 copies of their new album “CEREMONY” for Soompi fans! That means we will randomly choose 10 entries to receive the album – so keep entering for better chances to win!

HOW LONG IS THE EVENT

#CRITICALPENTAGON #PENTAGON #펜타곤 #예뻐죽겠네 i really want to win this, i can't even imagine how it would feel holding a signed cd from ptg pic.twitter.com/mvt1K7zomI

his wink is so cute and beautiful! thanks soompi and ptg for this giveaway #CRITICALPENTAGON #PENTAGON #펜타곤 #예뻐죽겠네
really hope i win ya! ❤️ pic.twitter.com/17mR0A9ghz

Good luck to all!