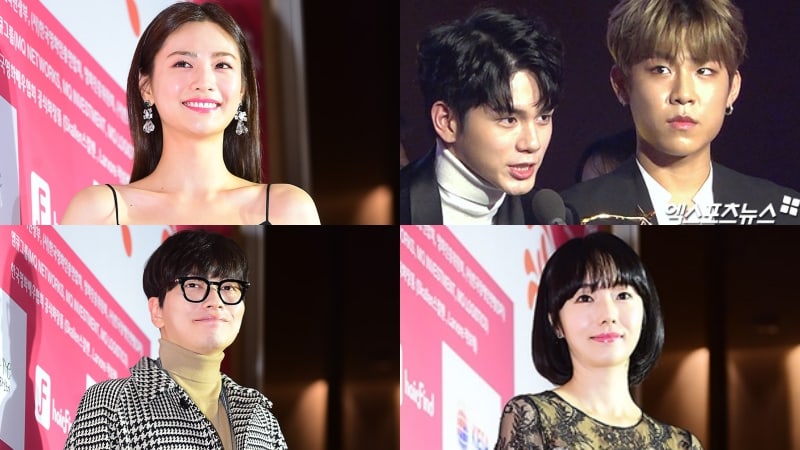 After School member Nana received a Popular Star Award for her appearance in the film “The Swindlers.” In her award acceptance speech, she said, “I was happy just to be invited to this great event. Thank you for giving me this great award.”

Actor Choi Gwi Hwa was awarded the Top Supporting Actor Award and stated, “Thank you for giving me this meaningful award. I want to thank Ma Dong Suk. I learned a lot while working with him.”

Lee Jung Hyun, who won a Top Star Award for her performance in “The Battleship Island” commented, “I would like to attribute the glory of this award to the director, staff, and actors who worked hard while filming.”

More than half of the award’s recipients were not in attendance due to filming and personal scheduling conflicts. Out of those who did not attend, Hyun Bin was the only actor to send in a video message of his award acceptance speech. The show has been under fire for not only false reports about which stars would be attending, but also the reportedly disorganized manner in which it was carried out.

Check out the winners below: