The October 30 broadcast of SBS’s “Night of Real Entertainment” revealed an exclusive interview with Lee Seok Cheol and Lee Seung Hyun, who spoke further about the abuse they suffered at Media Line Entertainment as members of The East Light.

During the interview with “Night of Real Entertainment,” Lee Seok Cheol said, when asked about CEO Kim Chang Hwan’s rebuttal interview, “It made me think that he didn’t think of us like a father would, but rather thought of us as a commercial product. Any trust I had in him came crashing down.” 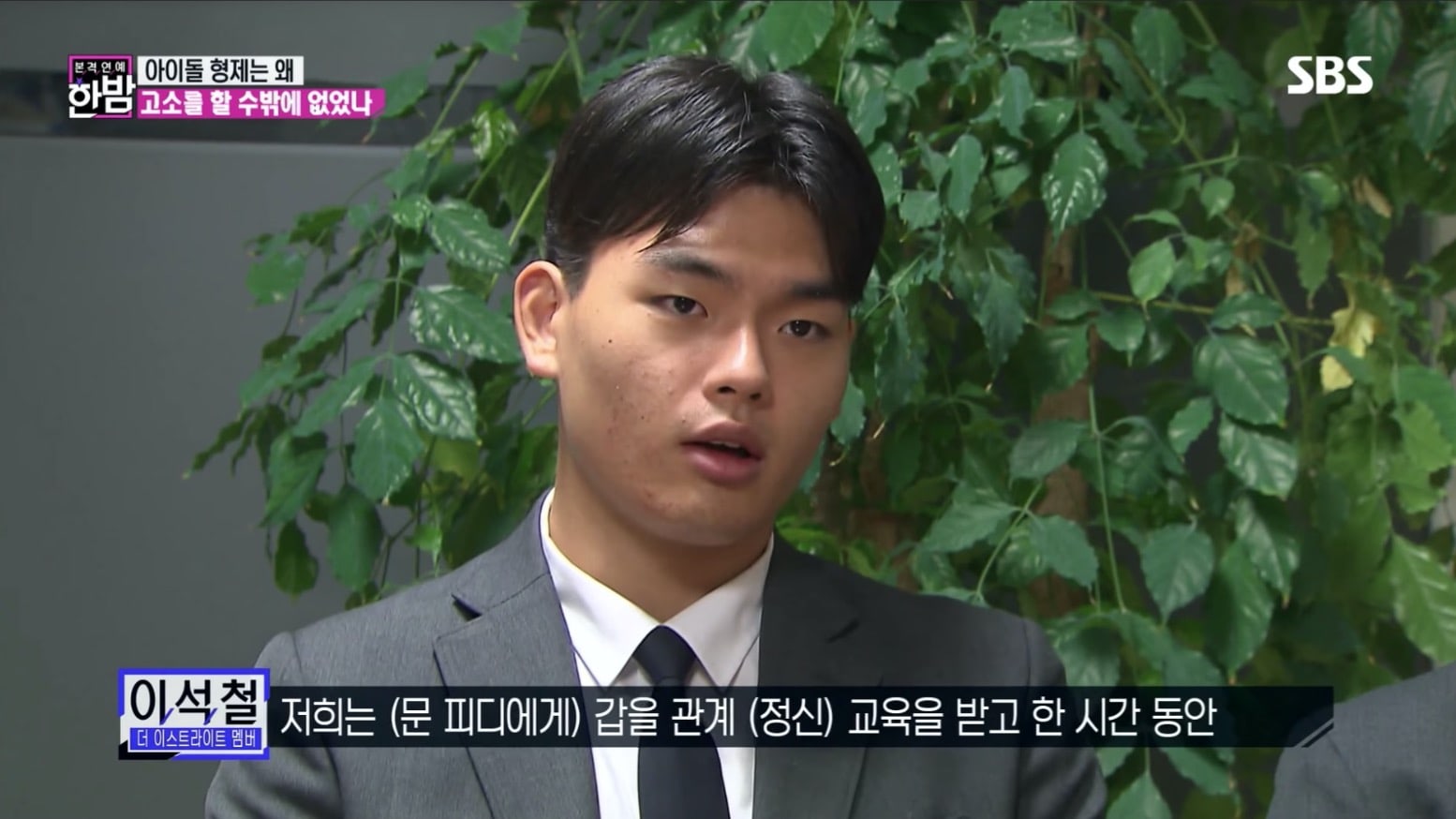 Lee Seok Cheol continued, saying that Kim Chang Hwan’s claim that there was no abuse after he promised that it wouldn’t happen again is not true.

“[CEO Kim Chang Hwan] said he would keep his promise regarding [prevention of further violence], but for the reason that we told our parents, we had to receive training on power dynamics and had to get down on our hands for an hour.” 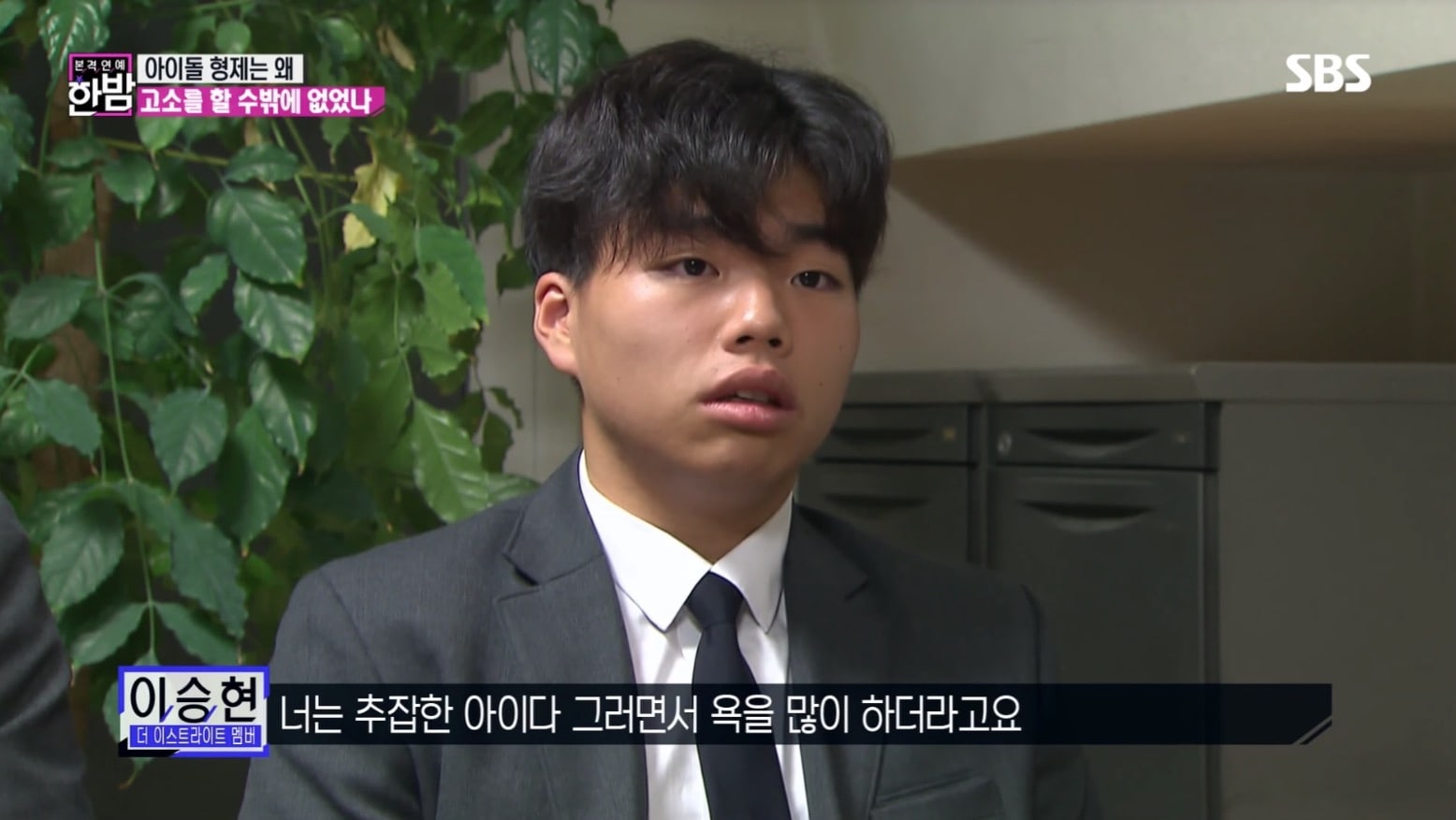 Lee Seok Cheol’s younger brother, Lee Seung Hyun, who has been going through psychotherapy due to the abuse, added, “He would often curse at me and say that I was a disgusting kid. It was so hard that I thought a lot about jumping into the Han River.” 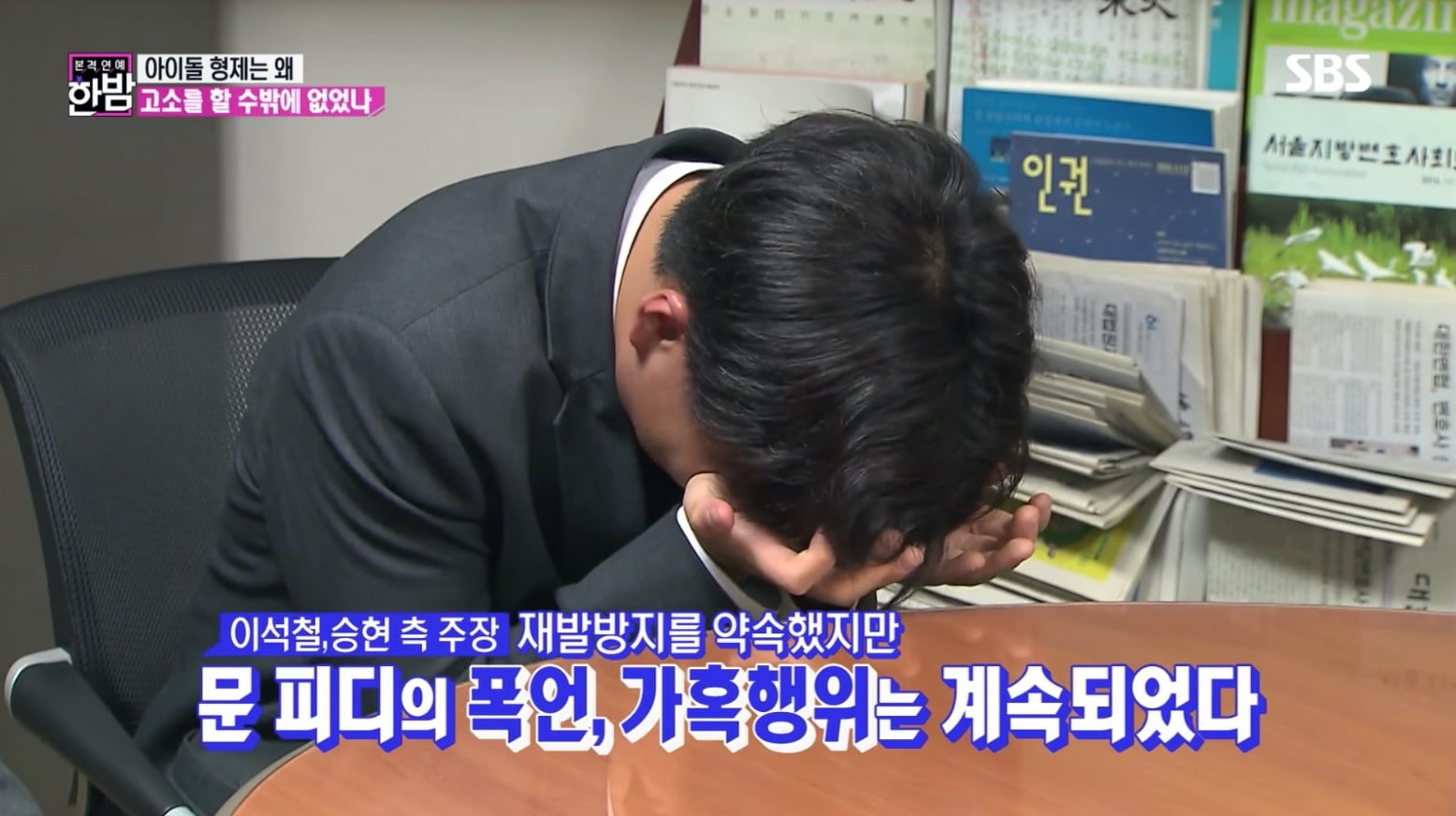 Asked when the abuse started, Lee Seung Hyun said he was 14 (Korean age), and confirmed that their youngest member Lee Woo Jin, who was an elementary school student at the time, was also hit.

Lee Seok Cheol said, “We had a group chat where we would always report [to the CEO], saying when we arrived and when we left. [We were hit if we didn’t text.]”

Having seen the recent news that the contracts for the other members of The East Light were terminated, Lee Seok Chol said, “I just cried. I thought, maybe I shouldn’t have said anything.”

After his press conference, said Lee Seok Cheol, he hasn’t spoken to any of the other members. “I couldn’t muster up the courage to contact them first.”

The East Light
E-news Exclusive
Lee Seok Cheol
How does this article make you feel?