Actress Jun So Min made a memorable appearance on the latest episode of “Amazing Saturday”!

Kim Ji Suk and Jun So Min, the stars of the upcoming drama “Top Star U-Back,” appeared as guests on the November 10 broadcast of the tvN variety show.

During the episode, Jun So Min shared that the “Amazing Saturday” production staff had asked her to rank the male cast members by their looks. She went on to delight rapper Hanhae by revealing, “I picked Hanhae for first place.”

Unable to hide his joy, Hanhae commented, “[Guests] have always ranked me last or second-to-last.” Jun So Min responded incredulously, “Why? But you’re so handsome!”

Host Boom then asked Jun So Min, “What about [SHINee’s] Key?” The actress hesitantly replied, “He wasn’t that high up on the list.”

As the “Amazing Saturday” cast reacted with shock, Jun So Min quickly rushed to add, “This is subjective, after all.” Boom responded by explaining, “Key is always higher than Hanhae on [guests’] lists.” 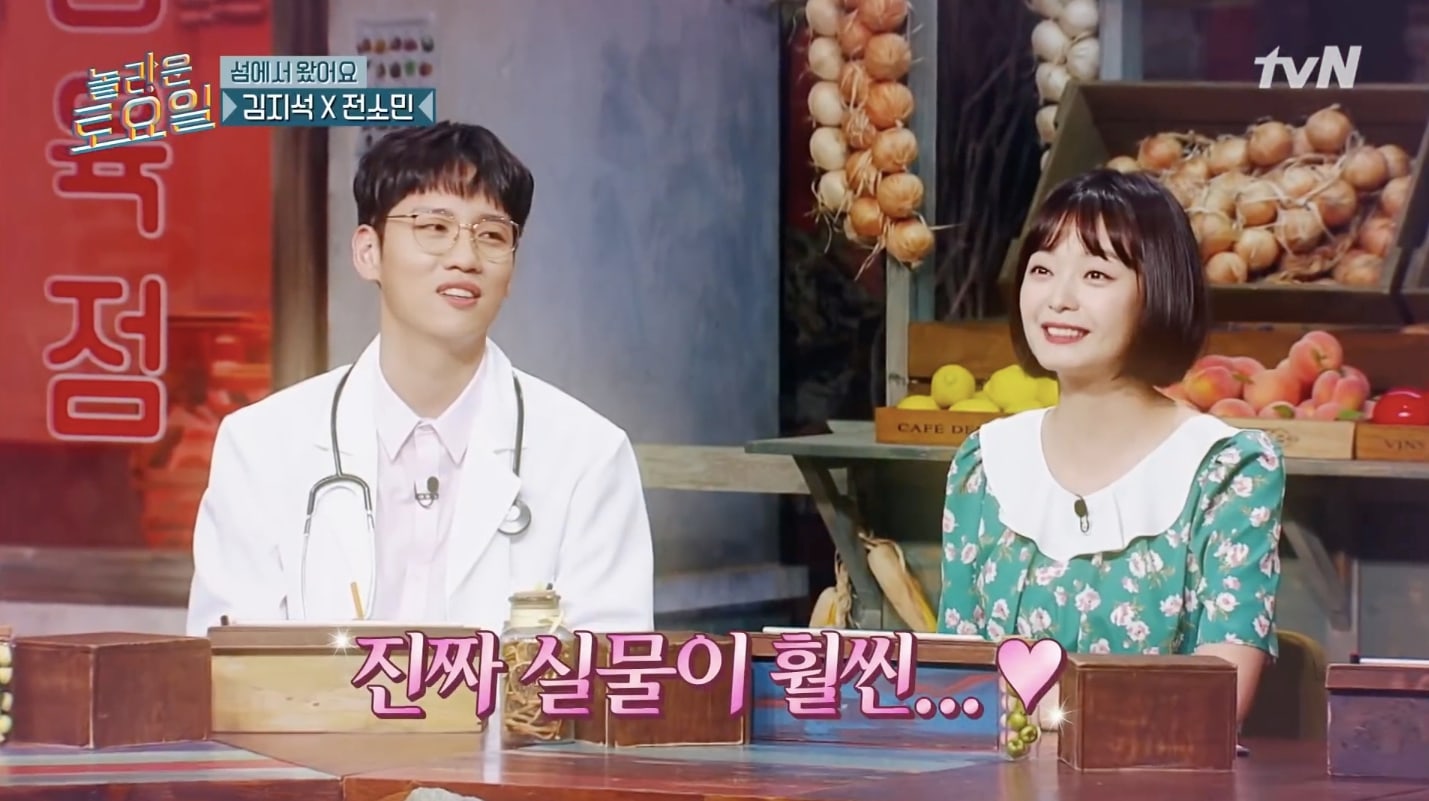 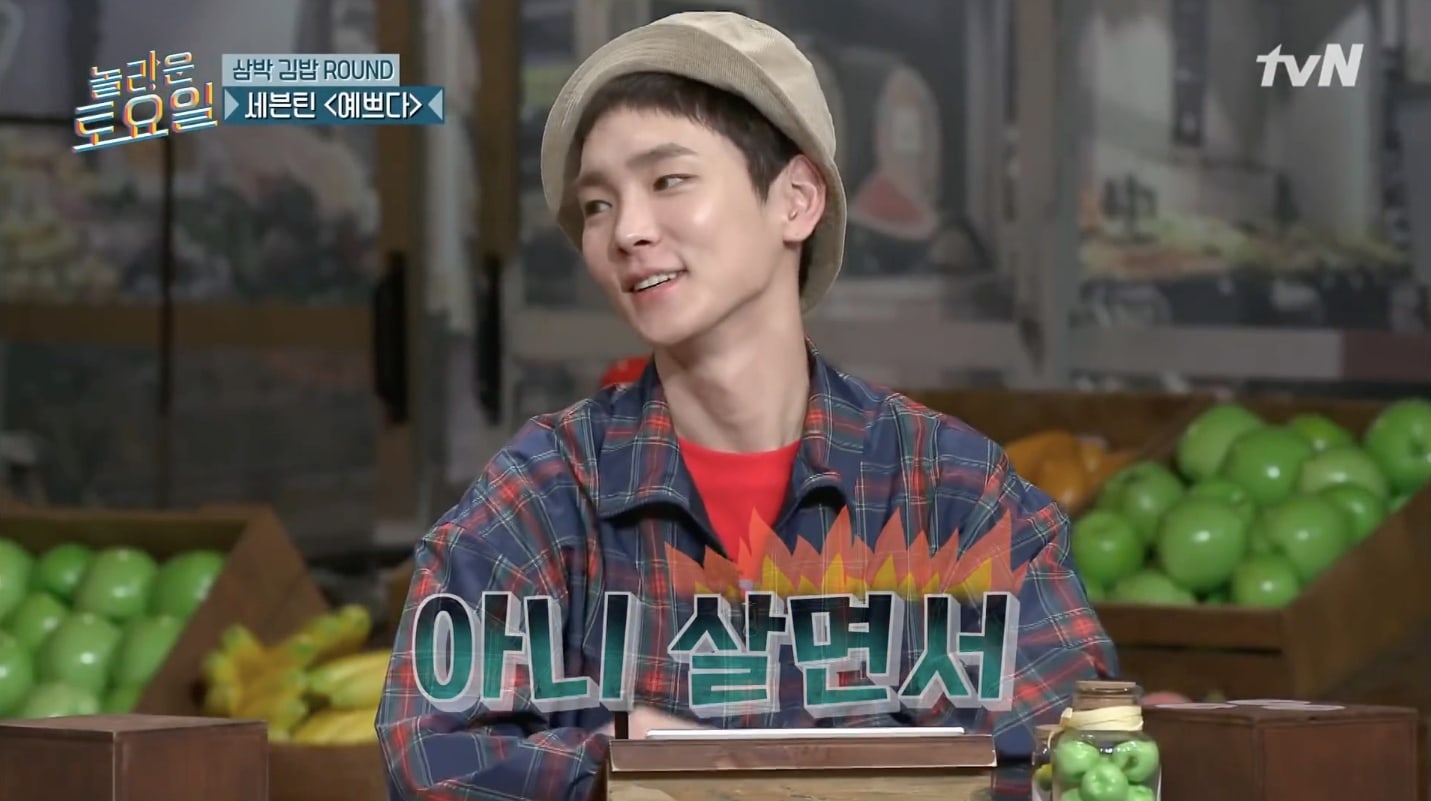 Jun So Min continued, “Right below Hanhae [in second place] is Shin Dong Yup.” Park Na Rae asked who she had chosen for last place, and the actress answered with an apologetic smile, “Kim Dong Hyun.”

When asked what she found appealing about Hanhae’s looks, Jun So Min replied, “He has a mixture of boyish and manly charm. I find him the most charming. I’d only ever seen him on television until today, but he looks much better in person.”

Kim Ji Suk jokingly remarked, “After being stuck on the island [where we film our drama], So Min seems really excited to meet ‘outsiders’ [from the mainland].” Jun So Min teasingly agreed that it was nice to meet some new people “after only seeing Ji Suk all the time.”

Hanhae smoothly interjected, “I happen to love islands,” and Jun So Min invited him to come visit their set.

Later on in the episode, while attempting to figure out the lyrics to SEVENTEEN’s “Pretty U,” Shin Dong Yup asked Jun So Min whether people often told her that she was pretty. Hanhae cut in, “I’m sure she’s heard it a lot. She’s very beautiful.”

After thanking him, a visibly embarrassed Jun So Min asked with a laugh, “Could I move to another seat? I’m getting really hot here!” Her co-star Kim Ji Suk then jokingly complained, “What’s going on? You really like him, don’t you? You’re making me jealous!” 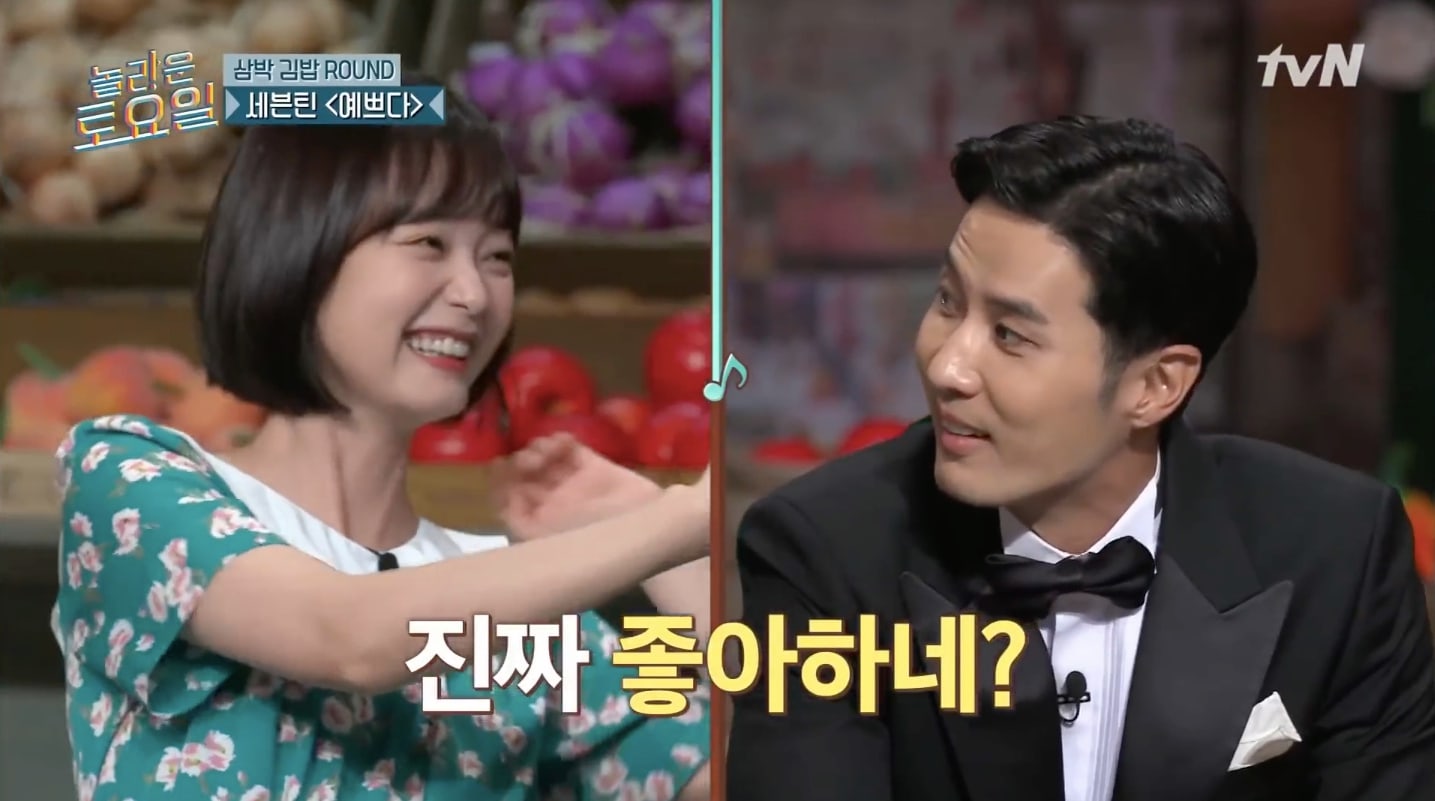 Jun So Min and Kim Ji Suk’s romantic comedy “Top Star U-Back” will premiere on November 16 at 11 p.m. KST. Check out the teasers for the drama here!