On the November 15 episode of “Happy Together,” members of Wanna One spoke about going through a controversy due to misunderstandings earlier this year.

On the day of Wanna One’s comeback in March, a video was leaked of the members preparing for a live broadcast, when they were unaware they were being filmed. The clip circulated online, and a controversy grew over comments allegedly made by the members in the video.

Much of the criticism fell on member Ha Sung Woon, who was accused of swearing repeatedly. Some listeners also claimed they heard a member use a slang term for a sexual act, and many claimed it was Ha Sung Woon’s voice. There were differing interpretations of what was said in the video, as well much dispute over who or what was making the sounds because most of the noise in the clip came from off camera.

Ha Sung Woon’s fans requested a scientific analysis by a forensic laboratory, which concluded that Ha Sung Woon had not sworn, and that the noises some had thought were swear words were actually the sound of machinery in the background. The analysis also stated that the sound that was allegedly a sexual term was really the phrase “Answer me,” and it was not said by Ha Sung Woon. When some people said they did not trust the results because they came from a private company, fans requested an analysis by Soongsil University in Seoul, which produced similar results.

In the latest episode of “Happy Together,” the host commented that they had heard that Ha Sung Woon had something that he wanted to say.

Ha Sung Woon said, “A while ago, there was a controversy about our live broadcast. Words that I didn’t actually say were spread and became a topic of public discussion. I was upset about that. At the time, I wasn’t able to make an explanation.”

He went on to say that he had thought he could talk about the issue later. He then met his younger sister during a holiday, and found out that her peers had used the word that Ha Sung Woon had been accused of saying as her “nickname.” Ha Sung Woon said, “When I heard that, I felt so sorry. I wanted to find a way to talk about it so that she wouldn’t be harmed by it.” 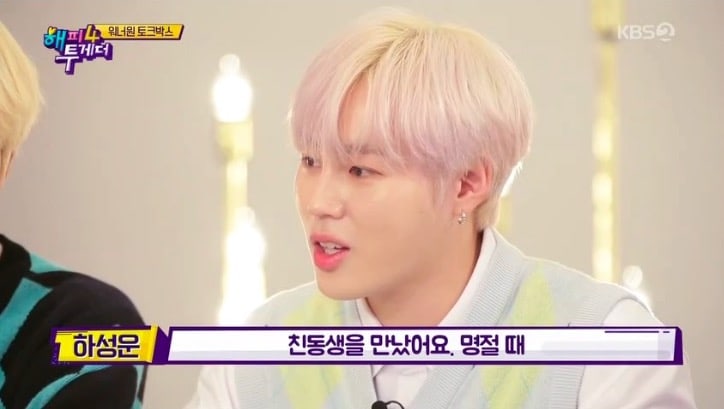 Lai Guan Lin said, “It was actually me who said what was misunderstood. It was when my pronunciation was poor. Also, I was excited and so my voice sounded higher, so people thought it was Ha Sung Woon. The thing that I said didn’t really mean that, but I felt sorry towards him.” 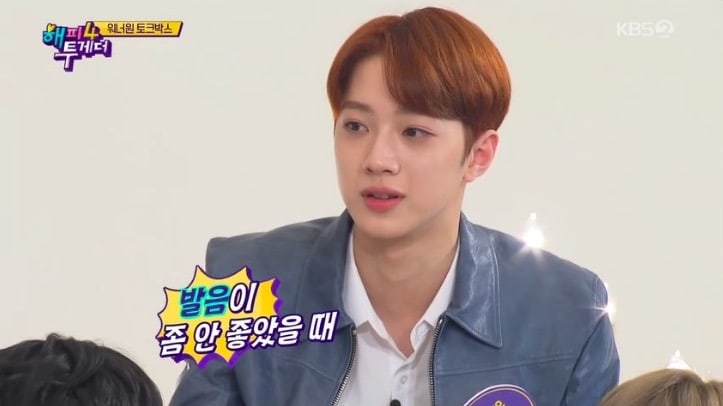 Ha Sung Woon said that the incident made him think that they should be more cautious in the future. Ong Seong Woo added, “There were many things that we did wrong, but the misunderstandings became worse because of parts that weren’t true.”

Wanna One is currently preparing for a comeback on November 19 with their first full album “1¹¹=1(Power of Destiny).”

Watch “Happy Together” below.

Wanna One
Happy Together
Ha Sung Woon
How does this article make you feel?