On the upcoming episode of SBS’s “Running Man,” Kang Han Na, Seol In Ah, and Red Velvet’s Irene and Joy will be appearing as guests.

During the episode, the guests will participate in a “familiar partner” couple race. They are expected to arouse laughter from the audience through their variety show skills and charms. 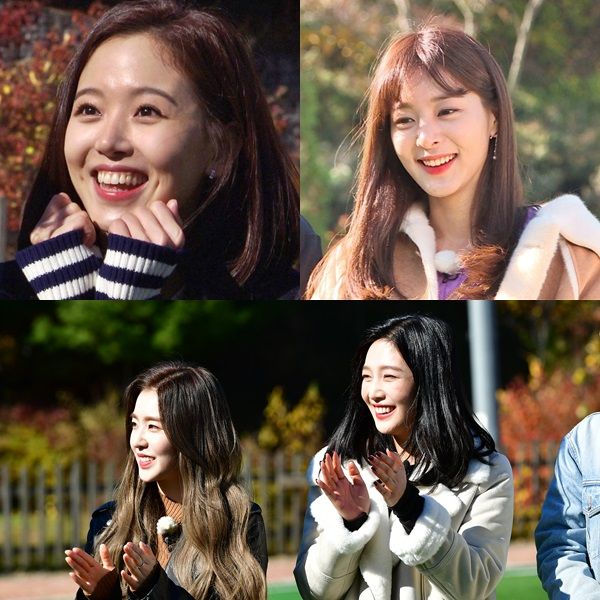 The “Running Man” cast members will not disappoint when they make their own acrostic poem using Irene’s name. Although the last character of Irene’s name in Korean is an especially high-level character, the cast was able to use their wits that had even Irene complimenting them.

Catch up on the latest episode of “Running Man” here: