Gaon Chart has revealed its chart rankings for the month of December!

EXO dominated the physical album chart this month, sweeping the top two spots with their new repackaged album “Love Shot” and their fifth studio album “Don’t Mess Up My Tempo,” the latter of which made an impressive return to the top of Gaon’s weekly album chart earlier this week, two months after its initial release in November.

EXO also received an official “million” certification from Gaon Chart for “Don’t Mess Up My Tempo” after selling over a million copies of the album.

TWICE’s special album “The Year of YES” took No. 3 on Gaon’s monthly album chart for December, followed by GOT7’s latest repackaged album “‘Present : YOU’ &ME” at No. 4 and TVXQ’s 15th-anniversary album “New Chapter #2: The Truth of Love” at No. 5. 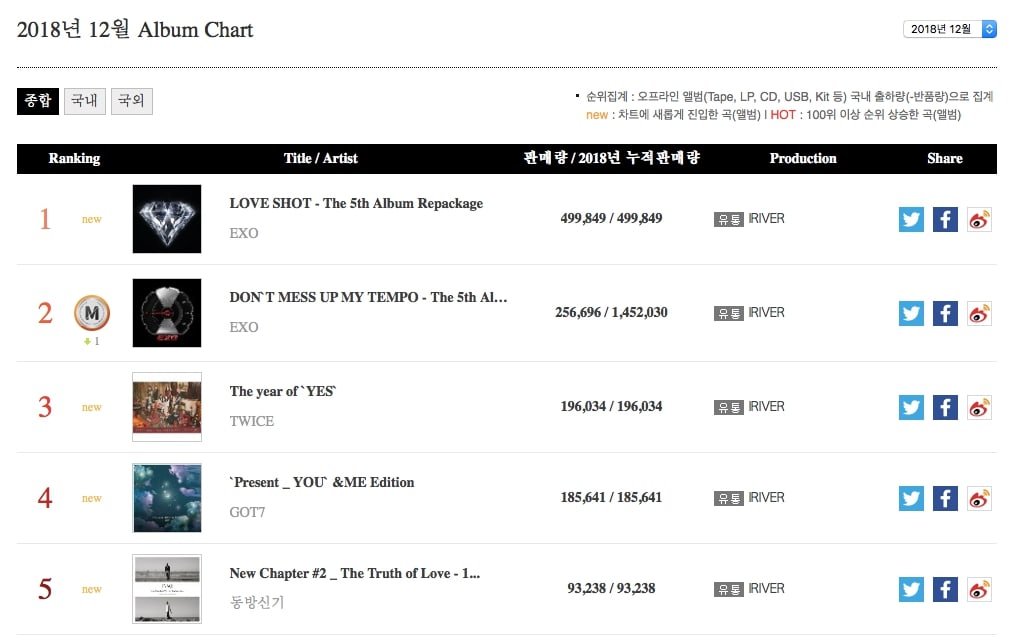 WINNER’s Song Mino reigned over the digital charts this month, topping both the overall digital chart and the streaming chart for December with his solo hit “Fiancé.” 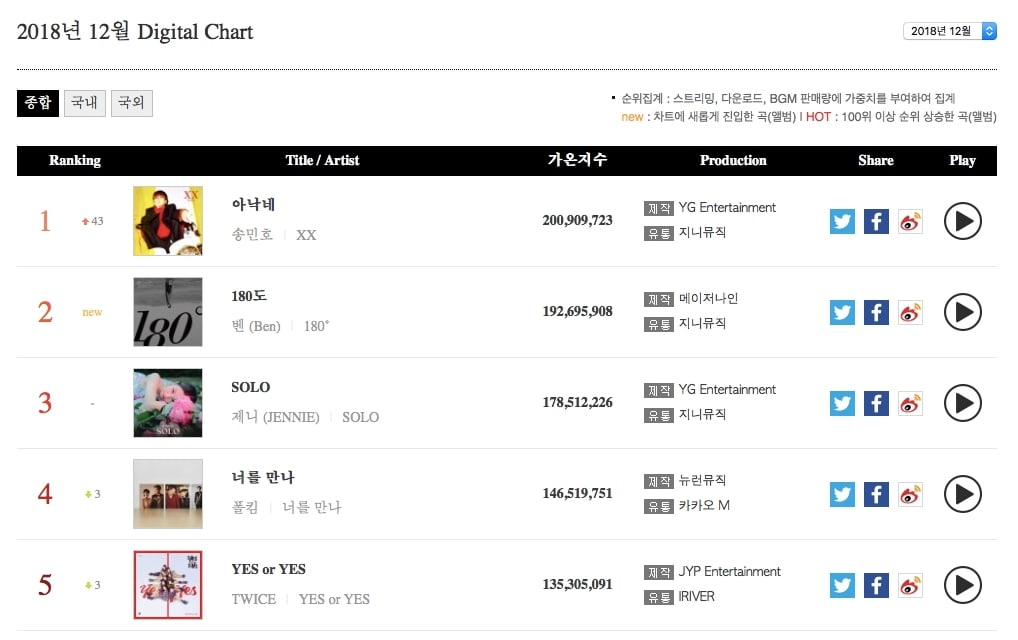 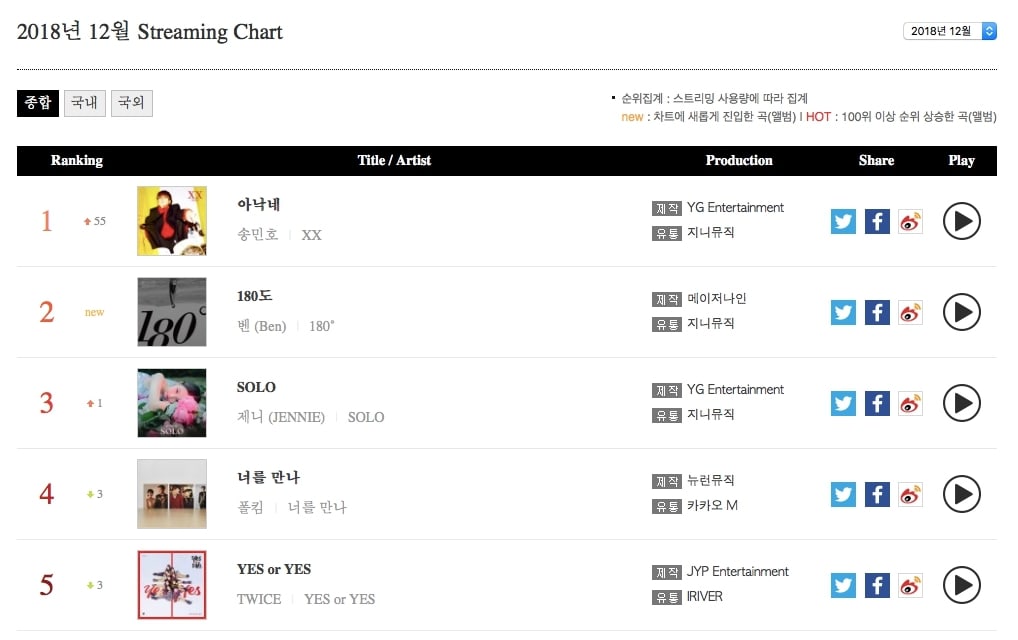 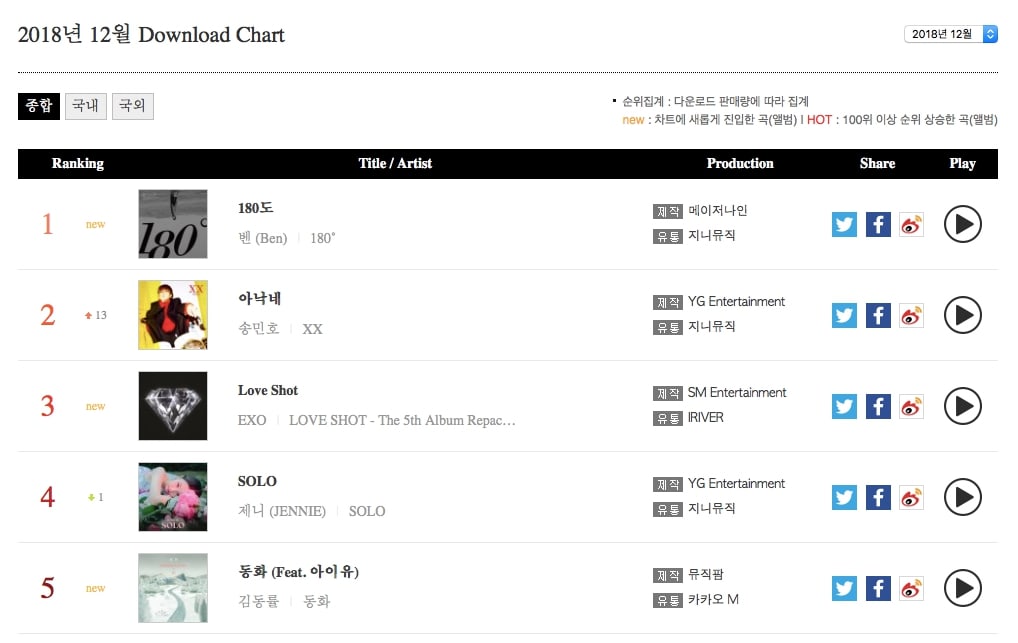