Double The Charm: 12 Pairs Of K-Drama Actors That Have Worked Together (At Least) Twice

Have you ever watched a drama and loved the leads so much that you found yourself scouring the web for more OTP clips and videos? Or when the Second Lead Syndrome struck so strongly that you were trending their ship names instead of the OTP’s? Well with such a dedicated fan base, it’s no wonder some of the couples eventually reunite years later in new projects. Sometimes, it’s one of the actors who recommends the other, and other times it’s the producers who wish to tap into the buzzy casting. Either way, it’s always a dream come true when our favorite couples reunite.

So here are some couples that have reunited (or are about to reunite!):

Note: This list only includes couples who worked in K-dramas both times (so apologies to Kim Soo Hyun/Jun Ji Hyun fans). 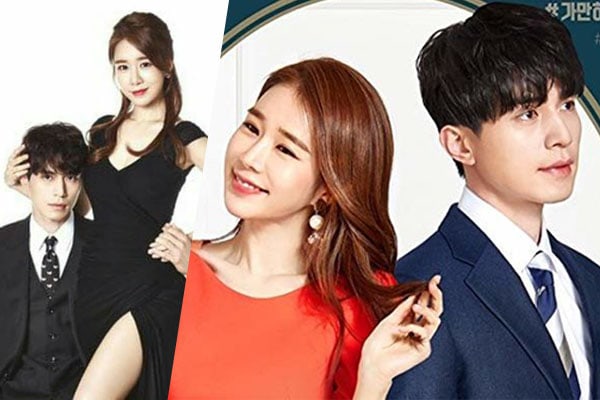 Lee Dong Wook and Yoo In Na’s portrayal of star-crossed lovers in “Goblin” was as beautiful as it was heartbreaking. We saw the two characters getting pulled towards each other, and even though they had yet to recognize who each other were, we the viewers were already clued in to their painful backstory. We knew what was coming and the huge fallout that would ensue, but that didn’t stop our hearts from breaking into millions of tiny pieces when it finally happened. All we wanted was to see the two be happy together!

Well, you know what they say — ask and you shall receive. The two actors have reunited in the currently airing “Touch Your Heart,” and they will undoubtedly bring the charm and chemistry that made the Grim Reaper and Sunny couple so root-able and ship-able. And bonus, this current drama is more rom-com than epic angsty romance, so hopefully our shattered hearts can finally start healing. 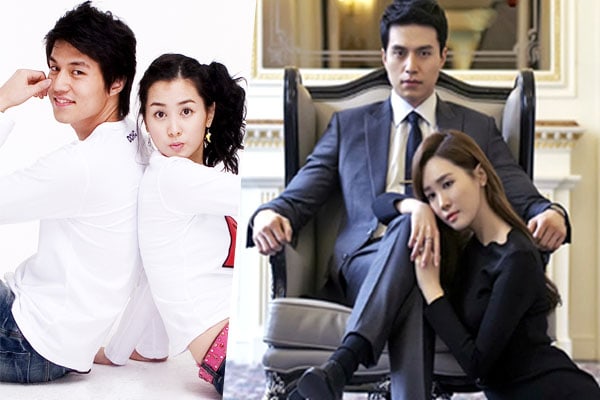 Lee Dong Wook seems to have great, easy chemistry with his co-stars because his chemistry with Lee Da Hae in “My Girl” was so fun to watch that The-Powers-That-Be decided to bring them together again in “Hotel King.” And can you blame them? “My Girl” remains a beloved rom-com even to this day, largely due to the memorable pairing of Lee Dong Wook and Lee Da Hae, and the incredible hype that followed the reunion announcement of “Hotel King” was proof of that.

“Hotel King” itself has a decidedly more mature and heavier tone, but the chemistry between the pair remains palpable. 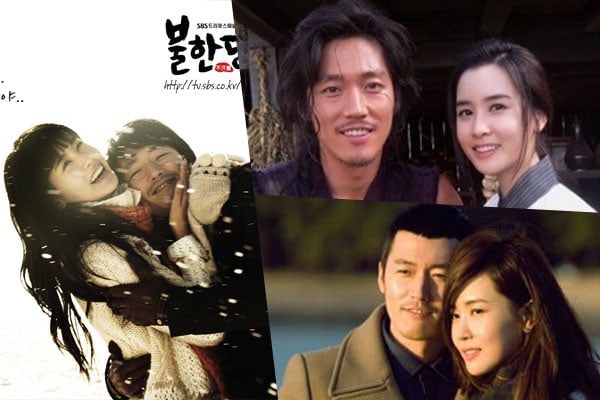 Jang Hyuk and Lee Da Hae must’ve made a heck of an impression on each other when working together on “Robber,” because this pairing reunited again for not one, but two more dramas, bringing their total to three works. (All within six years no less!) Although “Slave Hunters” is by far the best rated out of the three projects, the couple had the most screen time together in “Robber,” which is probably how their chemistry was solidified. They have also stated multiple times how much they enjoy working together! 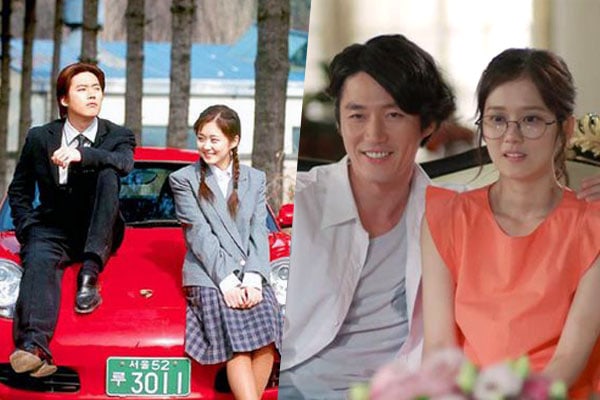 Another memorable actress that Jang Hyuk paired with is Jang Nara, who teamed up with him nearly 13 years after their first project — the longest time apart out of all the couples on this list. The Jang-Jang pairing was cast as leads for “The Successful Story of a Bright Girl” while still in their rookies years, so seeing them together again in “Fated to Love You” after so many years but with the same easy chemistry is certainly a treat! 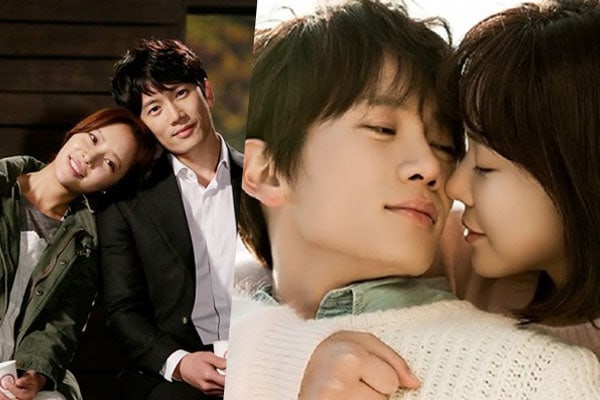 Another power couple that delivered two really great works is Ji Sung and Hwang Jung Eum. What makes this coupling really stand out, chemistry aside, is their stellar acting in such completely different roles. In “Secret,” Hwang Jung Eum played the part of a mother in despair with such heartfelt pain that you couldn’t help but ugly-cry alongside her each time.

Fast forward two years later, and it’s Ji Sung who turns in an award-winning performance as a man with Dissociative Identity Disorder in “Kill Me Heal Me.” And it’s a real testament to their chemistry that viewers were torn between shipping Jung Eum’s Oh Ri Jin with Cha Do Hyun and Shin Se Gi, which were both played by Ji Sung! 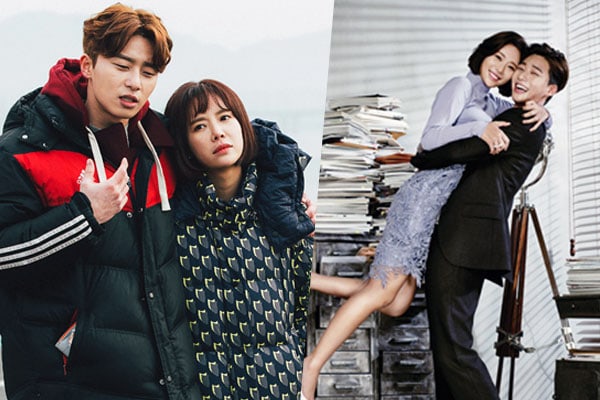 Ji Sung’s stellar performance as seven different personalities was not the only memorable thing to come out of “Kill Me Heal Me,” as viewers also latched onto the undeniable chemistry between Hwang Jung Eum and Park Seo Joon. Their characters Oh Ri Jin and Oh Ri On just looked so cute together and were so supportive of each other, but unfortunately(?) they were biological twins.

Producers and casting scouts obviously took notice of this goldmine, and immediately cast them in “She Was Pretty” just a few months later. The contentment viewers had from finally able to ship them “legally” was mirrored in the strong ratings that continuously climbed throughout its run. 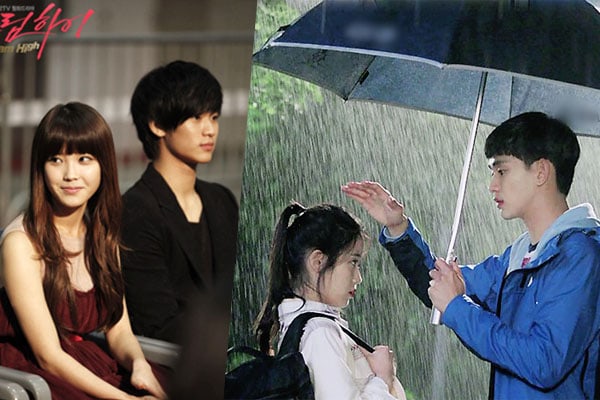 “Dream High” was the break-out vehicle for many of its young stars who then went on to carve out their own respective career paths. Two of these young stars, Kim Soo Hyun and IU, reunited again in 2015 with “The Producers” as potential love interests. Apparently, chemistry was running amok on set, because IU and Kim Soo Hyun, along with leads Chae Tae Hyun and Gong Hyo Jin, were all nominated for the “Best Couple Award” that year— in four different combinations! 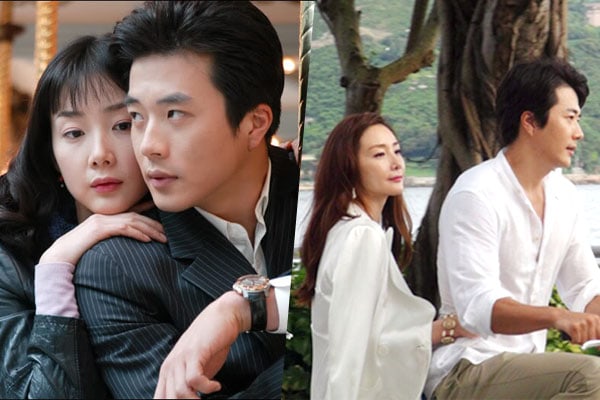 “Stairway to Heaven” was part of the wave of melodramas that took Asia by storm in the early 2000s. Among all the car accidents, cancer, and memory loss, the sweet chemistry between Kwon Sang Woo and Choi Ji Woo was undeniable, and viewers continued to root for them despite all the obstacles in their way (and goodness, there were a lot!)

In “Temptation,” the story line is just as (melo)dramatic, with the characters being more hardened and cynical than the hope and love-filled characters that were seen in “Stairway to Heaven.” But the chemistry between the couple was able to see them (and us) through. 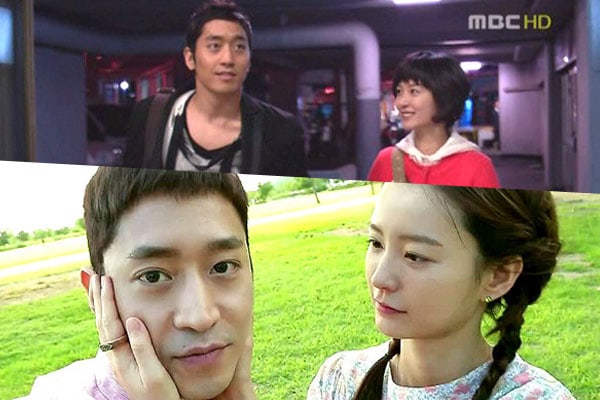 Shinhwa’s Eric and Jung Yu Mi teamed up again for “Discovery of Love” seven years after their initial coupling in “Que Sera Sera.” Both times, they portray realistic couples with realistic problems, though the latter is certainly brighter in tone.

Their undeniable chemistry is evidenced by them winning the Best Couple Award at the 2014 KBS Drama Awards. Fun fact: Their surnames for both dramas are the same — Mr. Kang and Ms. Han. 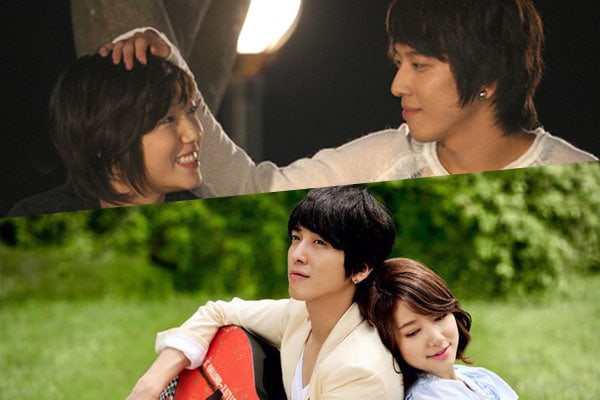 Hearts everywhere were aching when we witnessed Shin Woo watch over Mi Nyeo selflessly in “You’re Beautiful.” So when we heard they were cast in “Heartstrings” a few years later, it felt like the universe had heard our cries and were willing to appease the pain that came with the intense Second Lead Syndrome in “You’re Beautiful.” 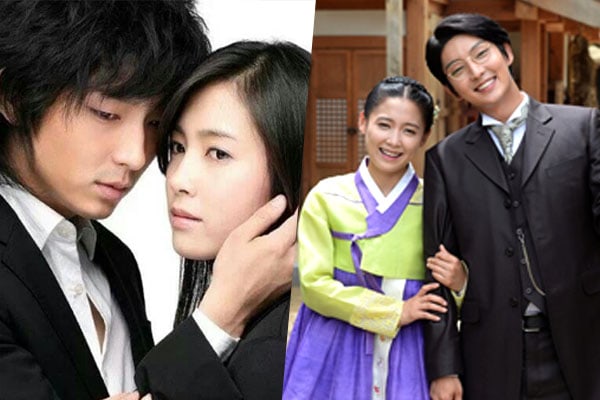 Lee Joon Gi and Nam Sang Mi are another couple who worked together again after seven years, first in “Time Between Dog and Wolf” and later in “Gunman in Joseon.” Both works involve Lee Joon Gi being a charismatic skilled agent seeking revenge while falling in love with the delightful heroine, played by Nam Sang Mi. 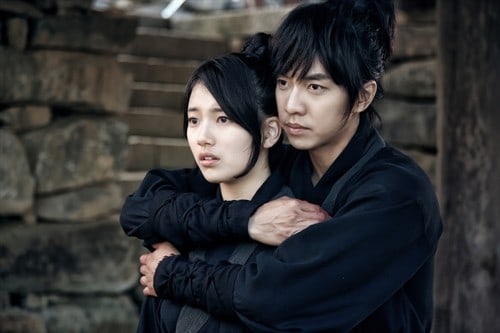 Fans of “Gu Family Book” that were largely disappointed with the ending and looking forward to a sequel can now semi-rejoice, because Lee Seung Gi and Suzy will soon reunite in a new drama “Vagabond,” slated to air in May 2019. The tragic love story we saw in “Gu Family Book” will hopefully be less tragic and more satisfying in this soon-to-air drama.

In “Vagabond,” Lee Seung Gi will be playing a stuntman (what is with him and stuntmen and gumihos?) who inadvertently comes across the country’s deep-seated corruption, while Suzy is an agent of the National Intelligence Service.

Which of these is your favorite K-drama couple? And who else do you need to see reunite ASAP? Let us know in the comments below!

Belinda_C thoroughly enjoyed both dramas from the Ji Sung-Jung Eum couple. The Dong Wook-In Na couple is poised to join the ranks too! She’s also super proud of how well SEVENTEEN is doing this comeback! Come celebrate their wins with her on Twitter!