SHINee’s Taemin was joined on “Idol Room” by some unique guests!

On the February 12 episode of the JTBC variety show, Taemin appeared to promote his comeback with the mini album “WANT.”

During the episode, hosts Jung Hyung Don and Defconn announced that they’d invited some special guests to join Taemin for a segment. The guests turned out to be staff members wearing masks to pretend to be Taemin’s fellow SHINee member Key and three members of his famous friend group: HOTSHOT’s Ha Sung Woon, EXO’s Kai, and BTS’s Jimin.

Taemin laughed as soon as he saw them and said, “This feels so strange!” 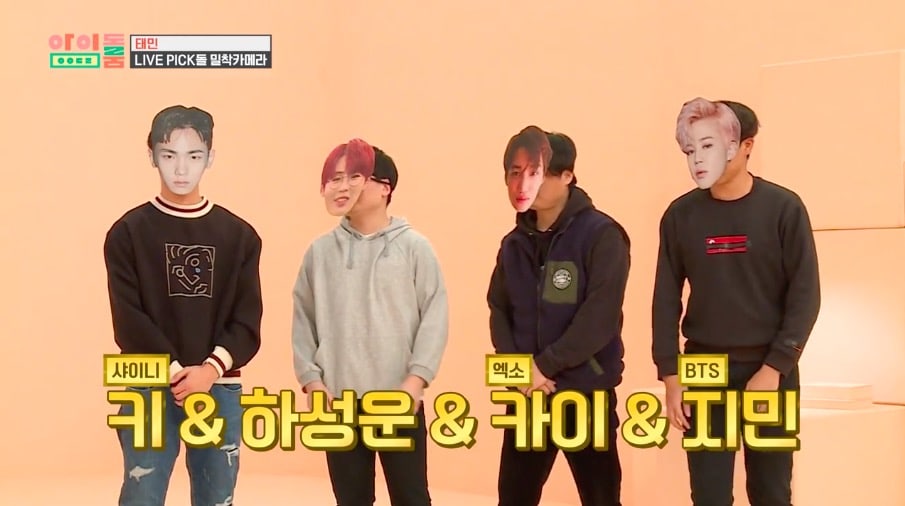 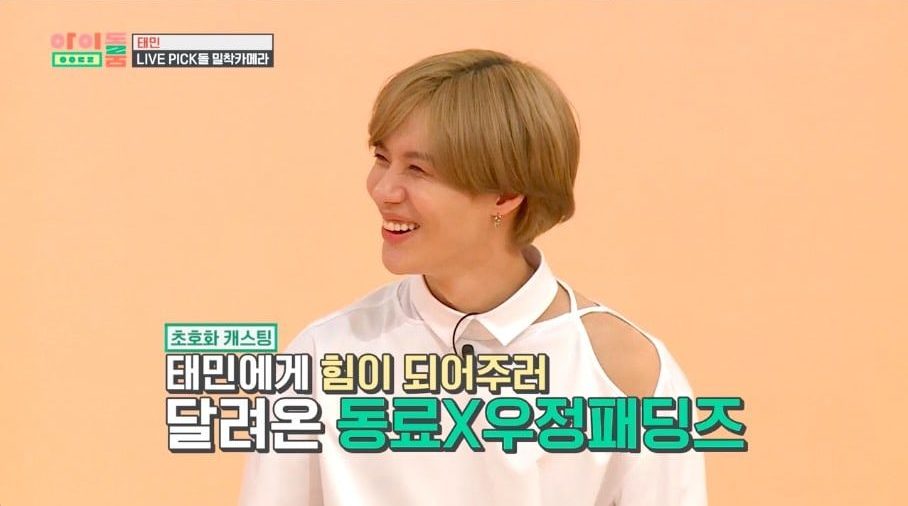 The hosts later asked Taemin to give Ha Sung Woon some advice as a senior artist, since Ha Sung Woon be making his solo debut soon. Taemin laughed but then shared some good advice for his friend.

“First, you need to take good care of your staff of course,” he said. “And since you’ll be on your own without your members, you may feel a lot of pressure. However, if you overcome that, you’ll achieve good results. That’s what I want to say.”

Taemin made a comeback on February 11 with “WANT,” and you can check out his MV here! Ha Sung Woon recently revealed his fan club name and colors as he gets ready for a solo debut planned for late February.