2PM’s Taecyeon shared his thoughts on a new nickname he earned during his military service on MBC’s “Section TV.”

On May 16, the weekly entertainment news program reported on Taecyeon’s discharge from the military.

“It doesn’t feel real,” said the singer-actor. “I don’t know if it’s because I heard the bugle every morning, but I think it’ll feel real when I don’t hear it tomorrow.”

About his newly earned nickname Captain Korea due to his ripped physique, Taecyeon said, “I think I was bulked up because I had worked out a lot at the time. It’s pressure, but it made me think that I should do a better job that would fit the name.”

When asked about the food he wanted to eat the most, he answered, “Anything my mom makes,” and chose TWICE as the girl group he wants to see.

“I’m saying hi for the first time in a while,” concluded Taecyeon. “I’ll hurry up and return with a good project. Thank you for waiting.” 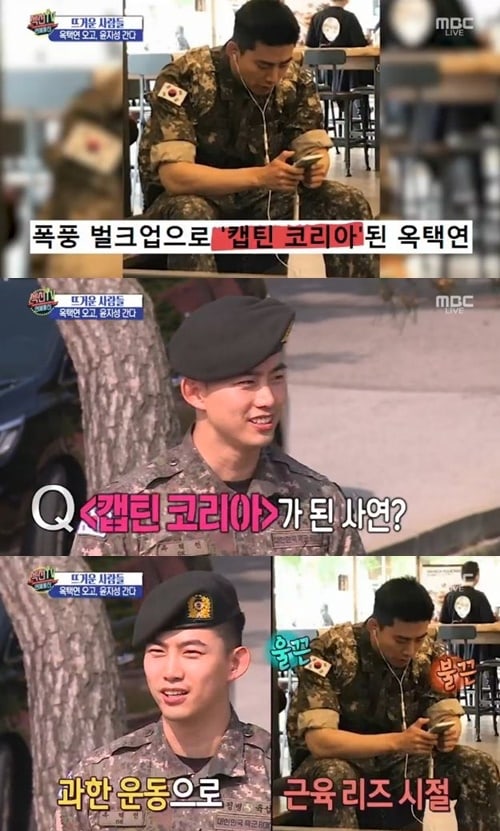 Taecyeon enlisted in the military on September 4, 2017 and was discharged on May 16, 2019. Although he left JYP Entertainment to sign an exclusive contract with 51K, he will continue to promote as an actor and as a member of 2PM.

2PM
Section TV
Taecyeon
XPN
How does this article make you feel?