On May 20, Good Data Corporation released the rankings of the non-drama television programs and cast members that generated the most buzz from May 13 through 19. The results were gathered based on online articles, blog posts, community forums, social media, and views on video clips for 180 non-drama television programs that are currently on air or are scheduled to air.

For the third consecutive week, “Produce X 101” topped the list of most buzzworthy non-drama TV shows, having claimed 31.66 percent of the total buzz from non-drama programs.

The ranking of most buzzworthy cast members was also dominated by “Produce X 101” contestants, with nine of them being trainees from the program. Kim Woo Seok rose to No. 1 following his “Love Shot” performance in the third episode. Cho Seung Youn, who was also part of the “Love Shot” team, notably rose 56 spots. The only individual in the top 10 who is not from “Produce X 101” is actor Jo Byeong Gyu, who appeared on “I Live Alone.” 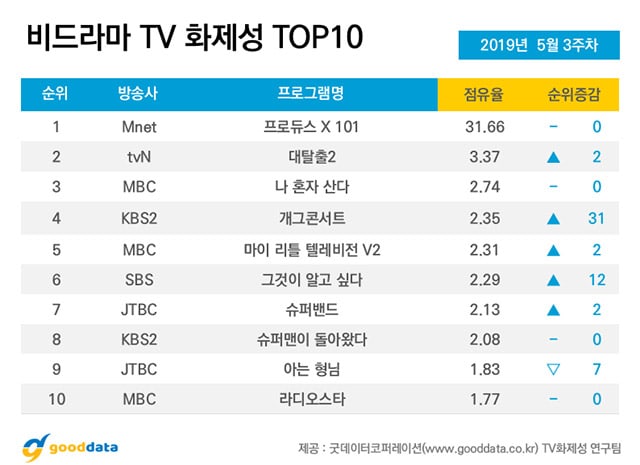 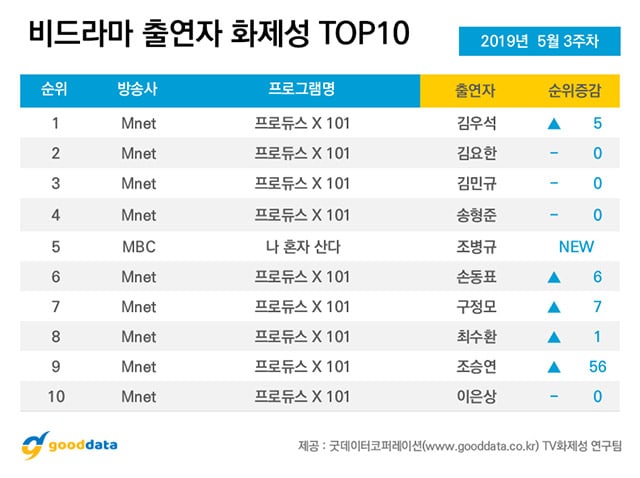