Paul Kim Speaks About His Blossoming Friendship With BTS’s V

Paul Kim shared the story behind his friendship with BTS’s V on JTBC’s “Idol Room.”

On the June 11 episode, singers Jung Seung Hwan, Lee Hi, and Paul Kim appeared on the special for ballad singers.

The MCs asked Paul Kim about the time that V contacted him to grab a meal together. Bringing up their sweet encounter at the 33rd Golden Disc Awards, Paul Kim explained, “There was a time when I received help from V. When I go to award shows, they’re usually all groups and I’m alone. But V took care of me. He told me to sit next to him and kept talking to me.”

He continued, “We exchanged numbers and we ate a meal together. V bought me something delicious. There was pasta and steak.” 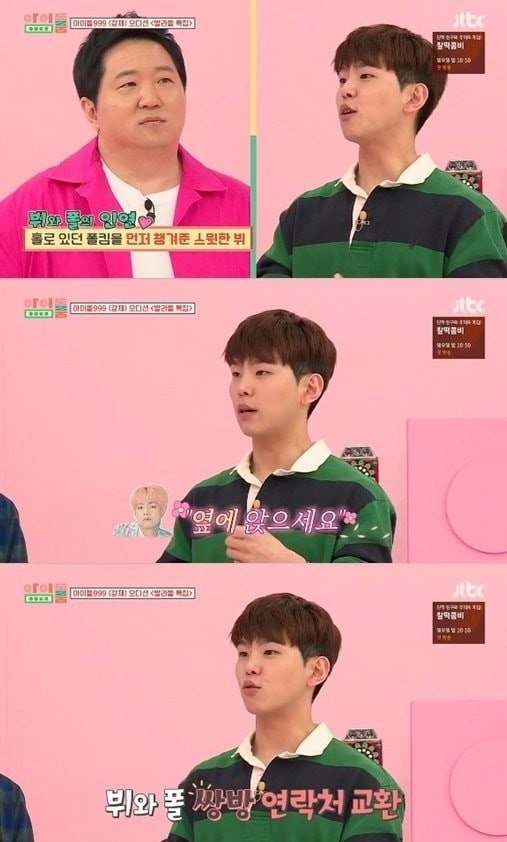 In February, Paul Kim returned the favor with a cover of V’s self-composed track “Scenery.”