Super Junior’s Kyuhyun made his return to “Radio Star,” this time as a guest!

Kyuhyun was a regular MC of the MBC talk show until his enlistment in 2017, but after the end of his mandatory military service, he decided to turn down an offer to return to the role. He explained to the press that while he’ll be appearing on many variety shows, he declined the “Radio Star” offer because he had gone through a lot of stress due to anti-fans and hateful comments that arose after he had to tease guests on the show.

On the June 12 episode of “Radio Star,” Kyuhyun appeared as a guest, and his former co-MCs Kim Gura, Yoon Jong Shin, and Kim Gook Jin asked him about his comments. Kim Gura said, “You said you even cried,” making Kyuhyun laugh. 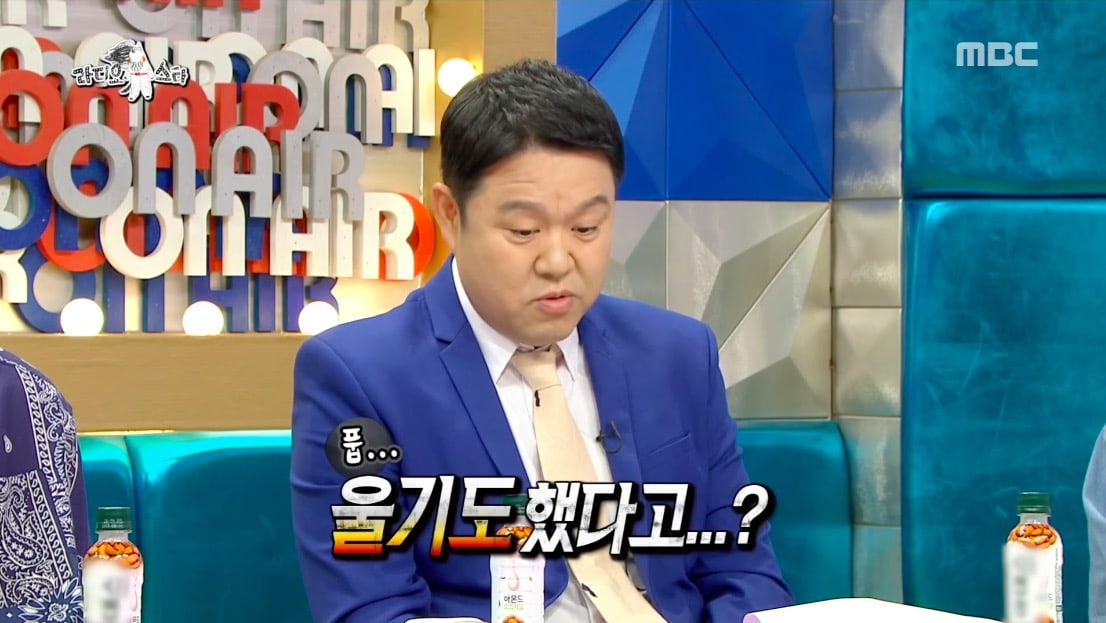 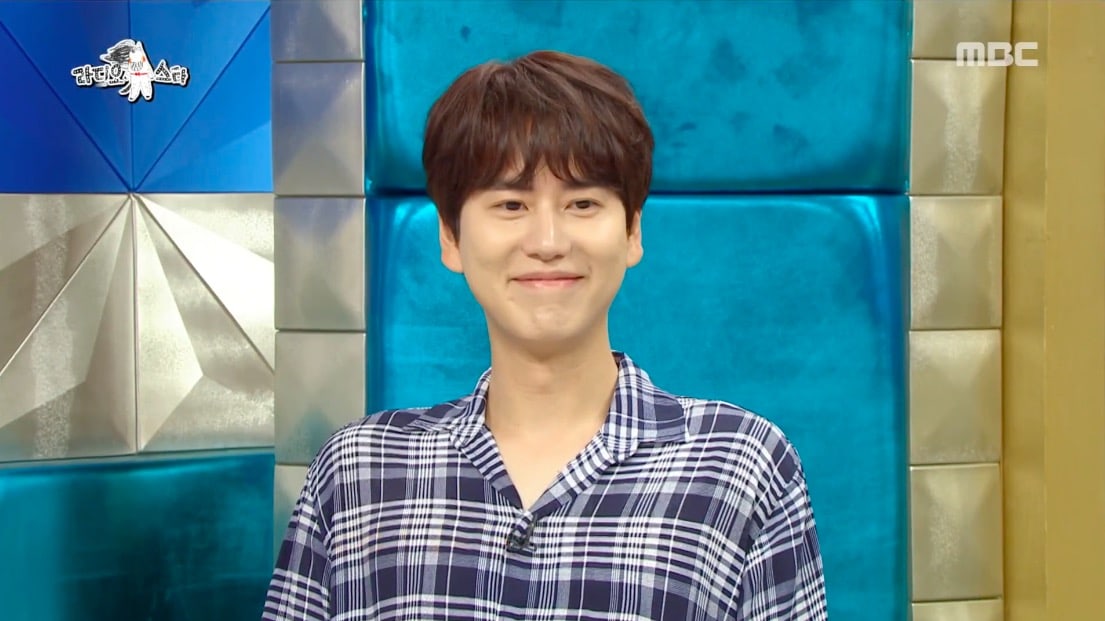 “I think I was under a lot of stress while I was doing it,” said Kyuhyun. “It was a role where I had to make strong comments and tease the guests.”

Yoon Jong Shin joked to his fellow MCs, “Why don’t we get stressed out? Are we sociopaths?”

WINNER’s Lee Seung Hoon, who took on the special MC role for the day, asked Kyuhyun to describe the position. Kyuhyun replied, “It’s a position where pus can come out of your left ear,” which made the others laugh as Kim Gura sits to the left of that seat.

Kyuhyun continued, “It wasn’t only that, to be honest there was something else. In the case of the ‘New Journey to the West’ team, I heard from them a lot.” Kim Gura jumped in to ask why they needed to maintain their relationship in such a way, since the “Radio Star” team is family.

Kyuhyun replied, “I didn’t hear from you even once during those two years!” Yoon Jong Shin pointed out, “We normally don’t contact each other.” Kim Gura agreed by saying that he found out Yoon Jong Shin is leaving the show through a news report.

Kyuhyun then described how the three hosts had responded in different ways when he told them he wouldn’t be continuing with the program. “When I contacted Yoon Jong Shin, he said, ‘Oh, okay! I’m going to quit too!'” said Kyuhyun, mimicking his cheerful tone. 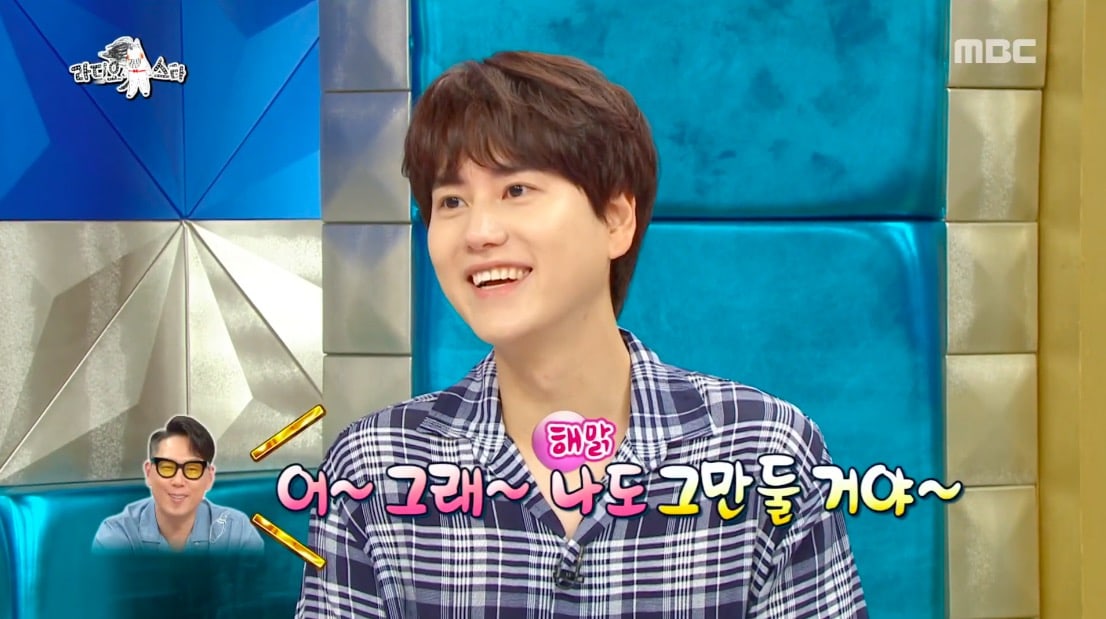 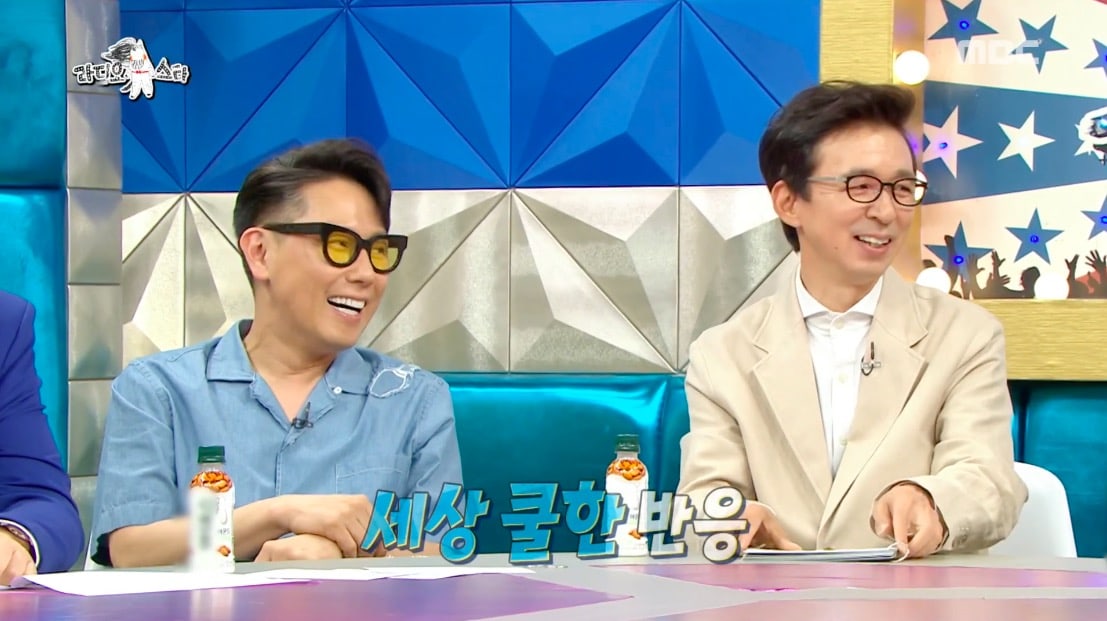 He continued, “Kim Gura said, ‘Sure, quit. If you quit there’ll be someone else to do it, and you could come back in the future too.” He imitated Kim Gook Jin’s kind tone as he said, “Kim Gook Jin told me, ‘Kyuhyun, you’ll do well no matter where you go.'” Kyuhyun shared that he’d talked with Kim Gook Jin for over 10 minutes and received advice from him, which touched him.

During the show, Kyuhyun also said that when he was asked to recommend someone for the MC role, he’d suggested his group mate Eunhyuk.

“I’ve talked about this with Kim Heechul,” he said. “There are a lot of us who are on variety shows, but the funniest person is Eunhyuk. I suggested him because it seems like he hasn’t been able to get the spotlight. To be honest, no matter who does it, I’ll support them.”