There’s a load of new dramas on the way to improve your summer this year! You’re bound to find something to enjoy, no matter whether your plans include binging inside with the air conditioning on or relaxing after a long day of work or school by catching up on a new favorite.

Check out what the world of Korean dramas has in store for the summer months below! 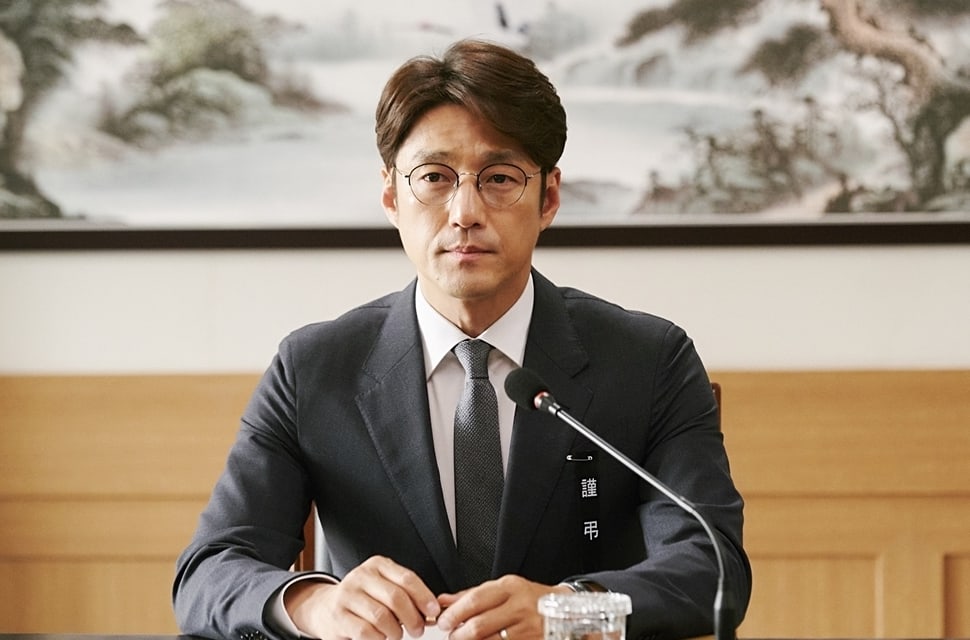 A remake of the popular U.S. series “Designated Survivor.” The drama tells the story of the head of the Ministry of Environment Park Moo Jin (played by Ji Jin Hee) who unexpectedly leads the country for 60 days after a terror attack kills the president and all others ahead of him in the line of succession during the State of the Union Address.

“Love Affairs in the Afternoon” 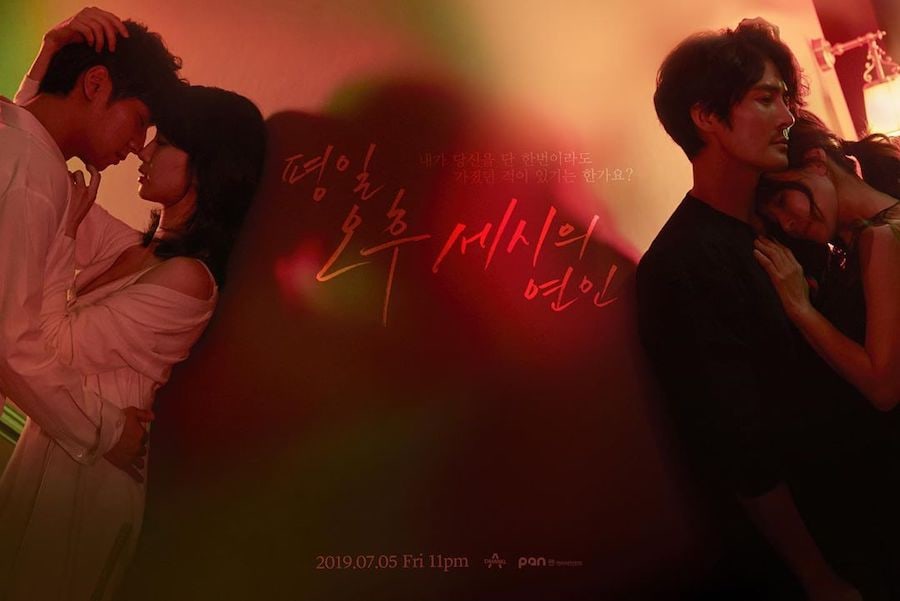 Based on the hit Japanese drama “Hirugao: Love Affairs in the Afternoon,” this story follows the trials and tribulations of adults experiencing forbidden love in extramarital affairs.

“Love Affairs in the Afternoon” will premiere on Channel A on July 5. 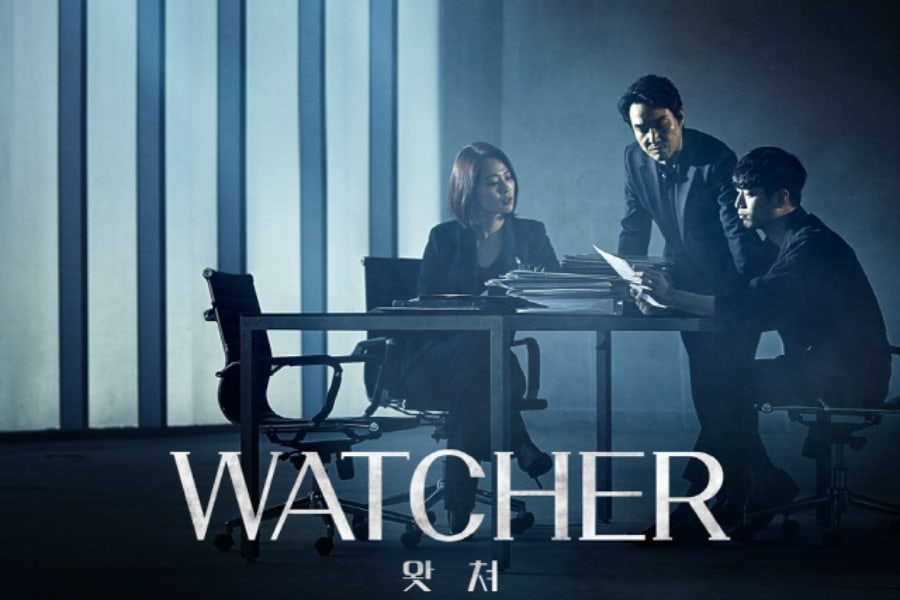 “Watcher” premieres on OCN on July 6 and will be available on Viki. 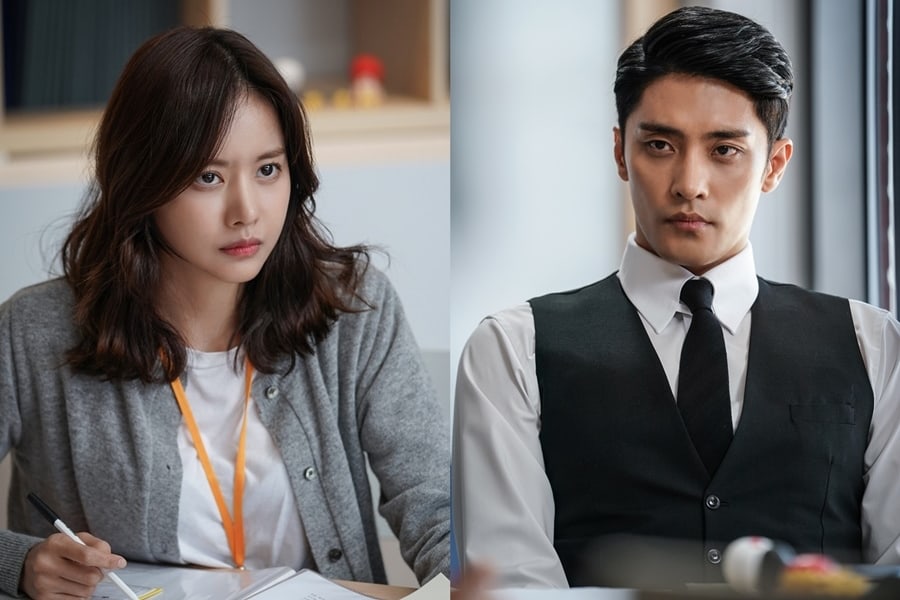 A restructuring expert (played by Sung Hoon) and a gamer (played by Han Bo Reum) team up to save a bankrupt game company.

“Level Up” begins on July 10 on MBN, and you can look forward to watching it on Viki. 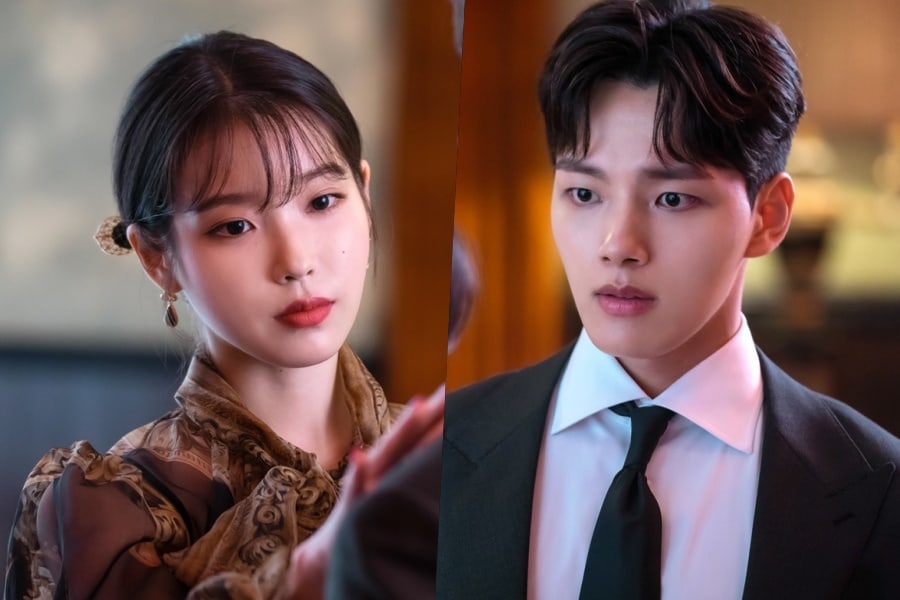 An elite hotelier (Yeo Jin Goo) ends up becoming the manager of Hotel Del Luna where he meets the beautiful but ill-tempered boss (IU), and the two pair up to run the hotel.

“Hotel Del Luna” begins on July 13 on tvN, and will be available on Viki! 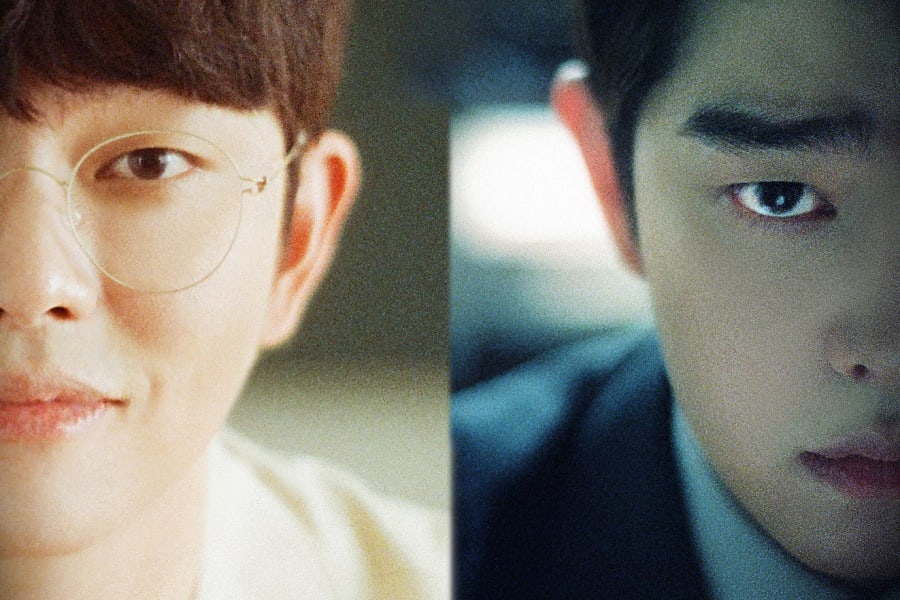 A lawyer goes undercover as a temporary teacher to find out the truth behind a mysterious murder that happened in an elite high school. 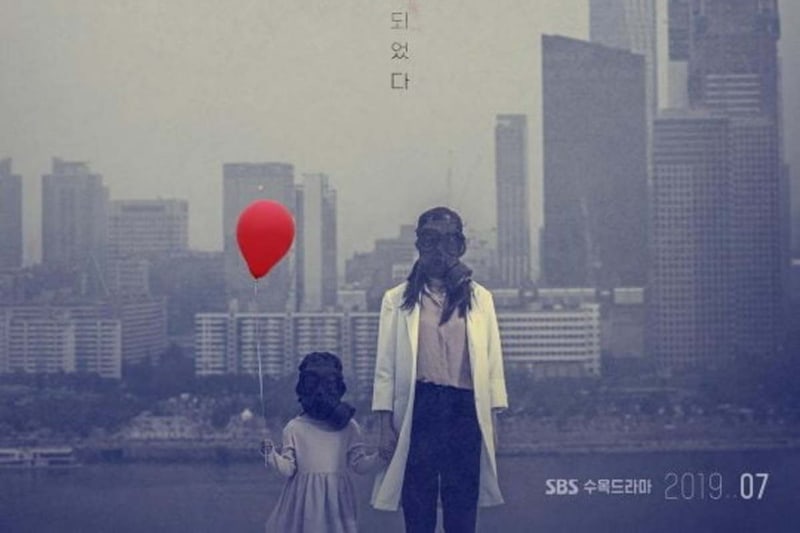 A “doctor detective” (Park Jin Hee) who specializes in occupational health searches for the truth that the major company TL Group wants to conceal about industrial accidents, occupational diseases, and more.

“Doctor Detective” premieres on July 17 on SBS. It will be available on Viki! 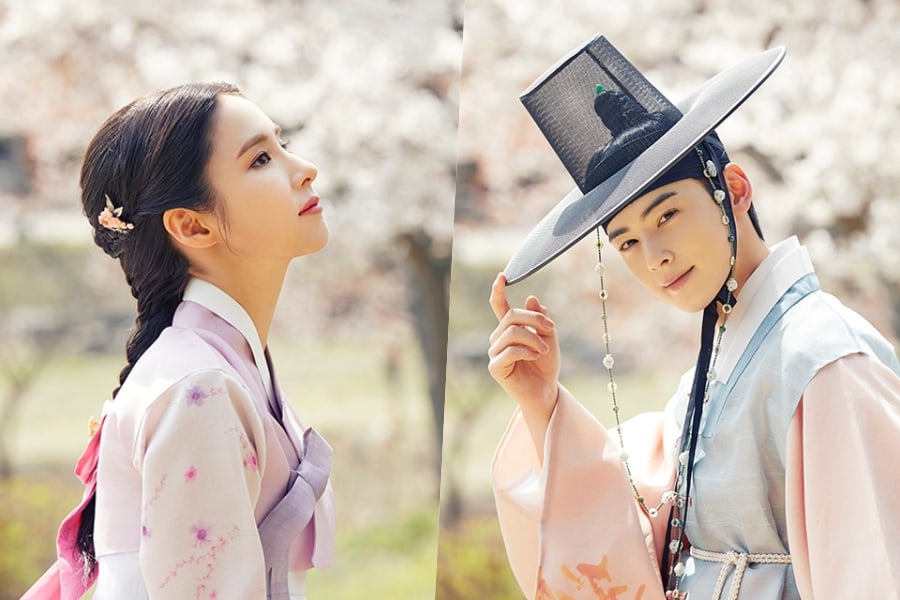 A fictional historical drama set in the Joseon Dynasty that tells the story of women who were frowned upon for writing historical records. Shin Se Kyung takes the role of Goo Hae Ryung, a brave and bright intern historian, while Cha Eun Woo plays lonely Prince Yi Rim who has no romantic experience. 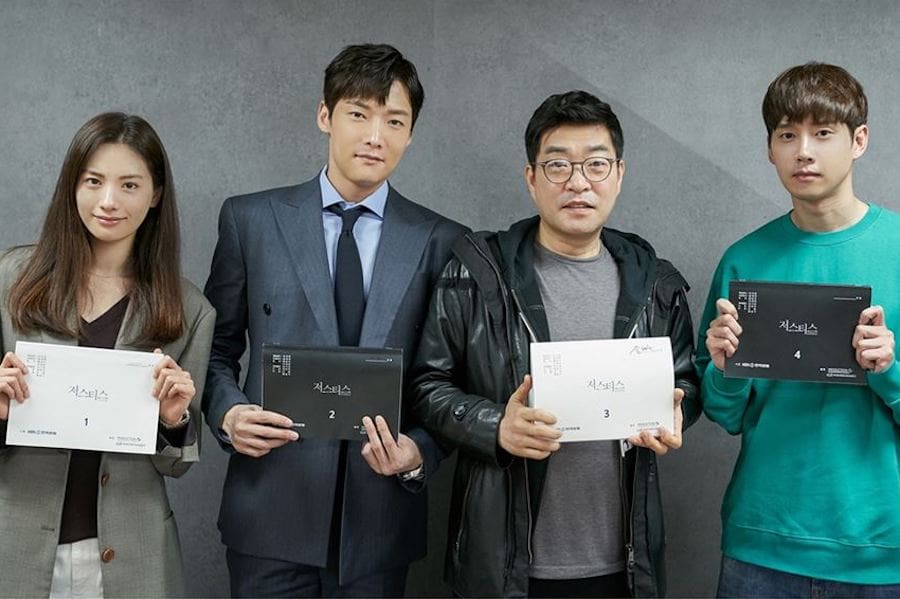 “Justice” will tell the story of a lawyer who makes a deal with the devil to seek revenge, and a man who willingly becomes evil for his family. The two men collide in an investigation of the world of VVIPs in Korea after the disappearances of several actresses.

The drama premieres on KBS on July 17, and it’s coming to Viki! 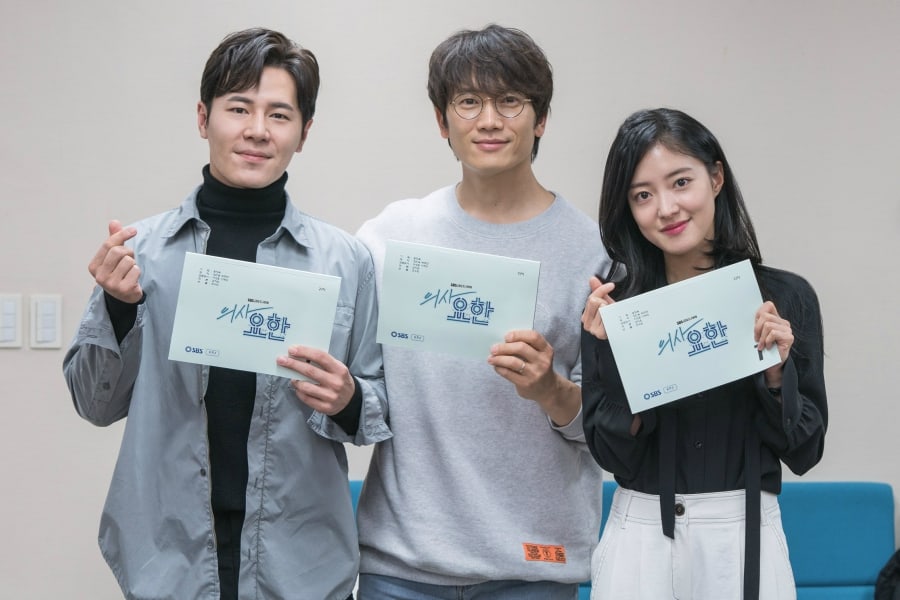 Doctors who work with pain management try to figure out the unknown causes of pain experienced by patients with chronic illness.

“Doctor John” begins on July 19 on SBS, and it will be available on Viki. 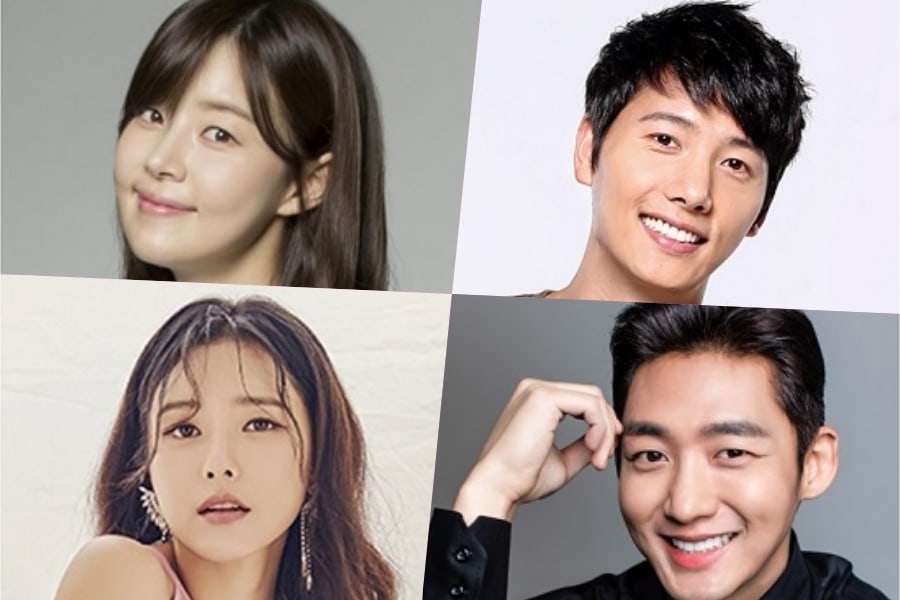 This mystery romance drama tells the story of Eun Dong Joo (played by Han Ji Hye) attempting to truly live her life to its fullest.

“Golden Garden” begins on July 20 on MBC, and it will be available on Viki. 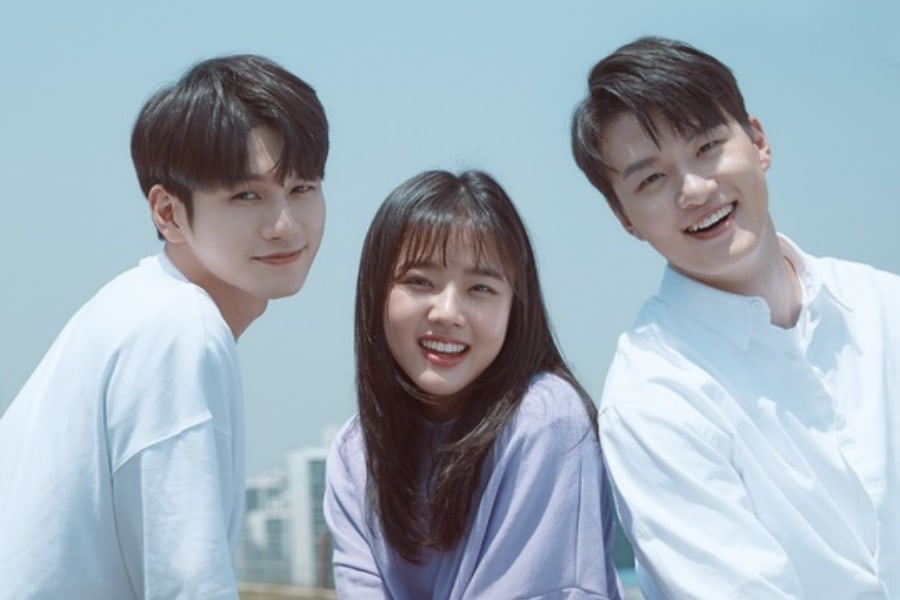 An examination of the lives of inexperienced youth, “Moments of 18” looks at what life is like at the precarious age of 18 years old when passing moments can leave deep impressions. 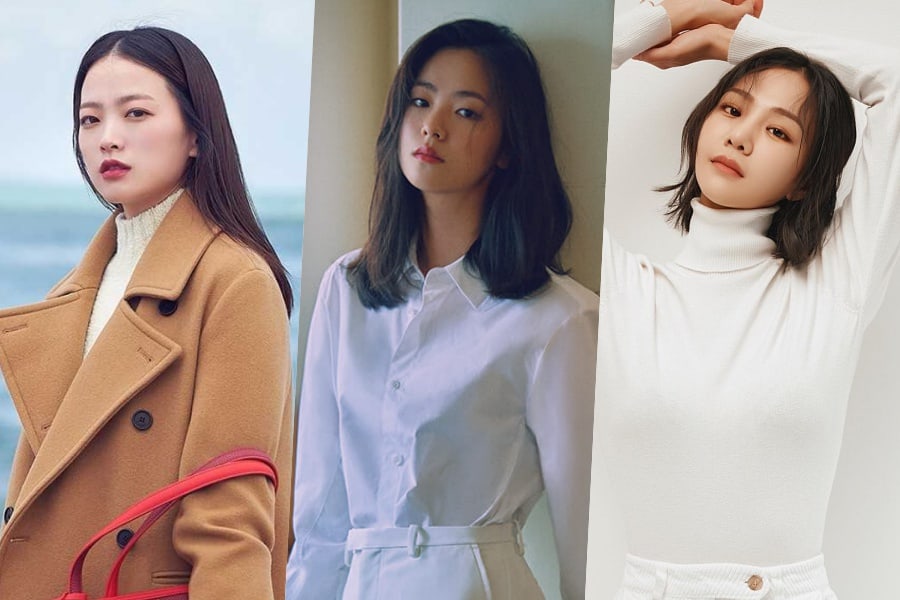 Three female best friends in their thirties attempt to navigate dating and the struggles of their daily lives.

“Melo Is My Nature” begins on July 26 on JTBC, and it will be available on Viki. 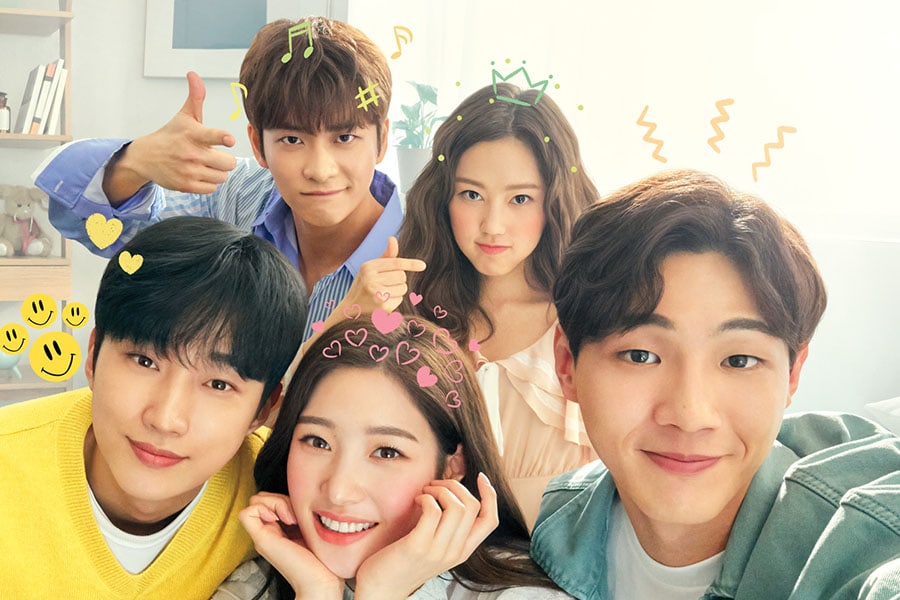 A romantic coming-of-age drama about love, friendships, and the dreams of five college students.

“My First First Love” returns for a second season on Netflix on July 26. 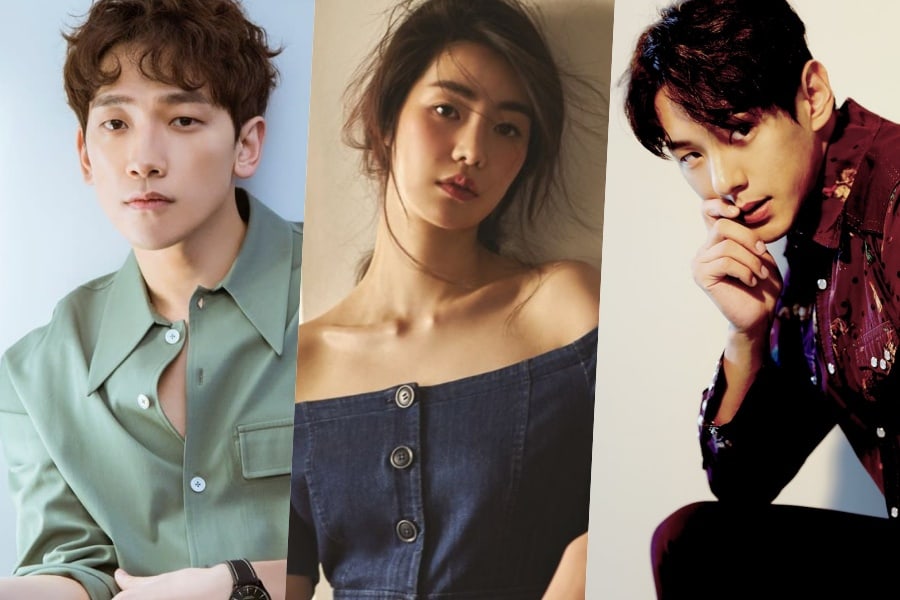 A selfish lawyer (played by Rain) helps people who want to take advantage of the law, but one day he gets sucked into a parallel universe and begins to live a completely new life as an upright prosecutor.

“Welcome 2 Life” airs on MBC beginning in late July, and will be available on Viki!

“I Wanna Hear Your Song” 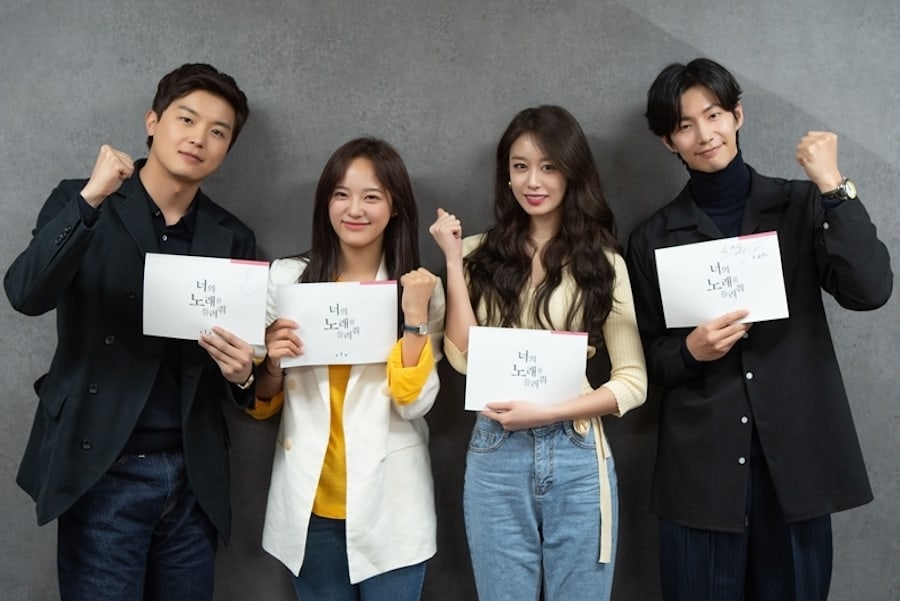 A timpanist who has lost all memories of a murder embarks on a journey to recover the truth as she meets a mysterious tone-deaf man.

“I Wanna Hear Your Song” premieres on July 29 on KBS, and it will be available on Viki. 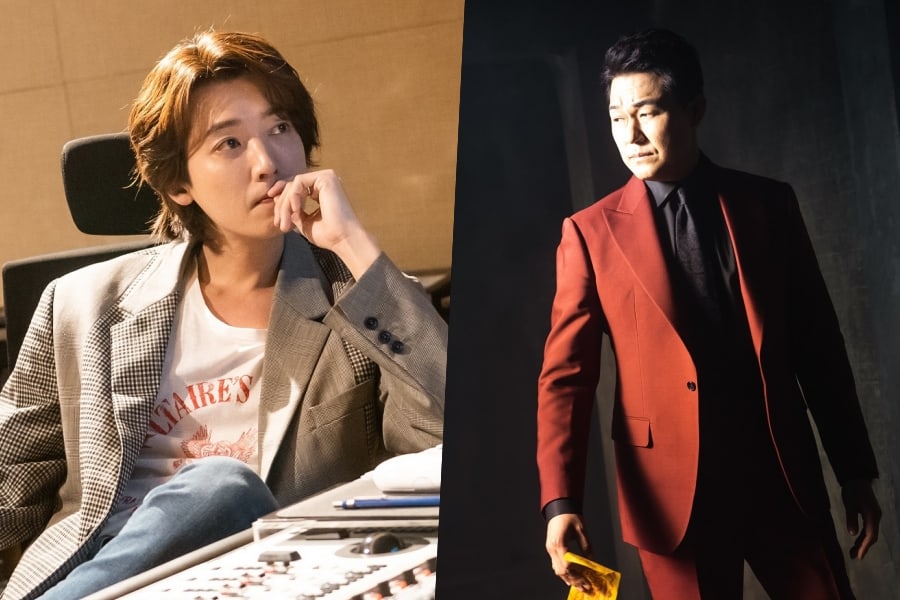 A star songwriter named Ha Rip (Jung Kyung Ho) sold his soul to the devil in exchange for money and success. When he discovers that his success was given to him by stealing the talent and life of a young girl, he sets out to make things right.

“When the Devil Calls Your Name” begins on tvN on July 31. 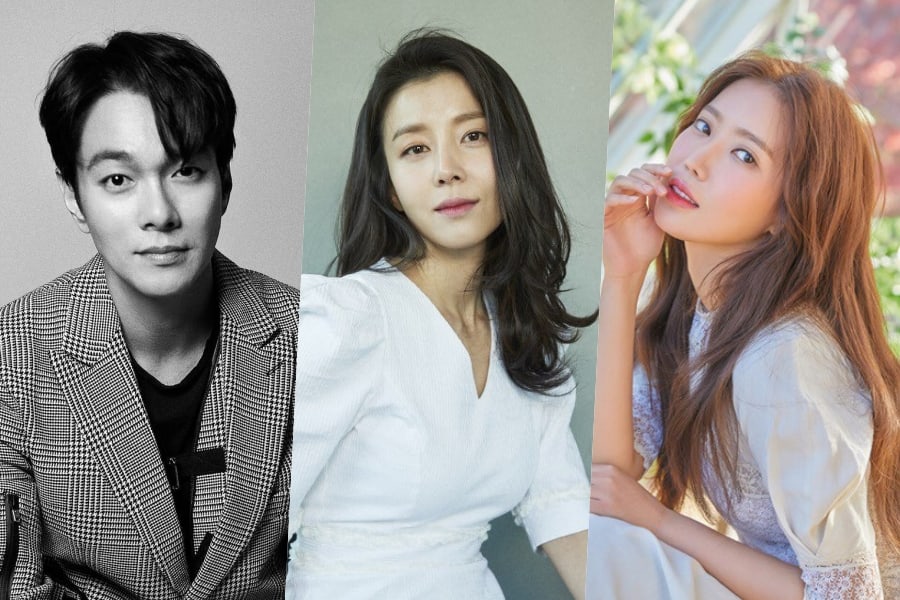 A melodrama about an heiress (played by Im Soo Hyang) to a chaebol family whose mother was murdered 15 years ago and a third-rate lawyer who will do whatever is necessary for money. They meet and dig into the truth of the past and her family’s mysterious secret.

“Graceful Family” is planned for an August premiere on MBN.

“A Day Found by Chance” 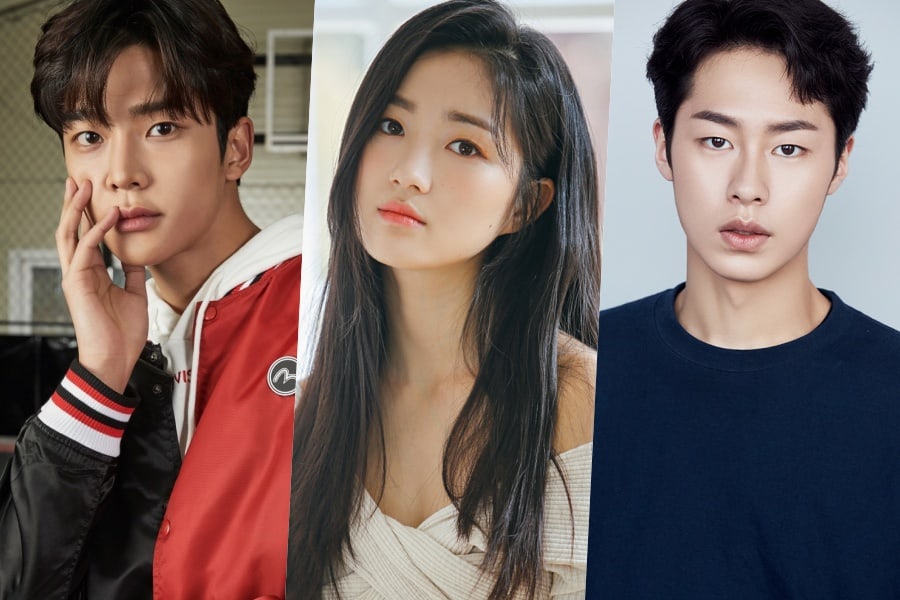 Students realize that they are actually characters in a manhwa (Korean comic) and try to go against its plot. This drama is based on the fantasy school romance webtoon “July Found by Chance” (literal title).

“A Day Found by Chance” airs on MBC in September. 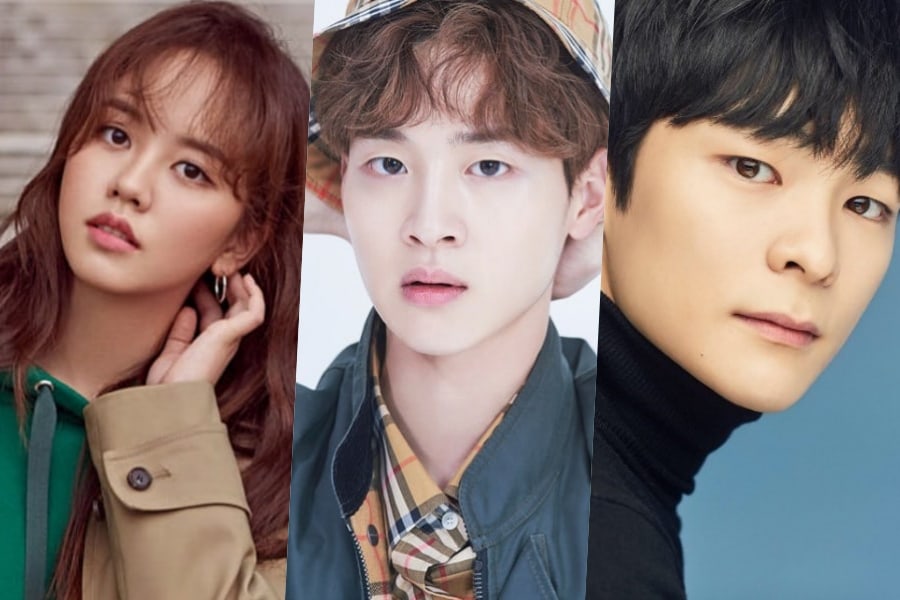 A man named Jeon Nok Du (played by Jang Dong Yoon) disguises himself as a woman in order to enter a mysterious all-female community, while a woman named Dong Dong Joo (played by Kim So Hyun) who’s training to become a gisaeng (female courtesan) wants anything but that future.

“Mung Bean Chronicle” is slated for a September premiere on KBS. 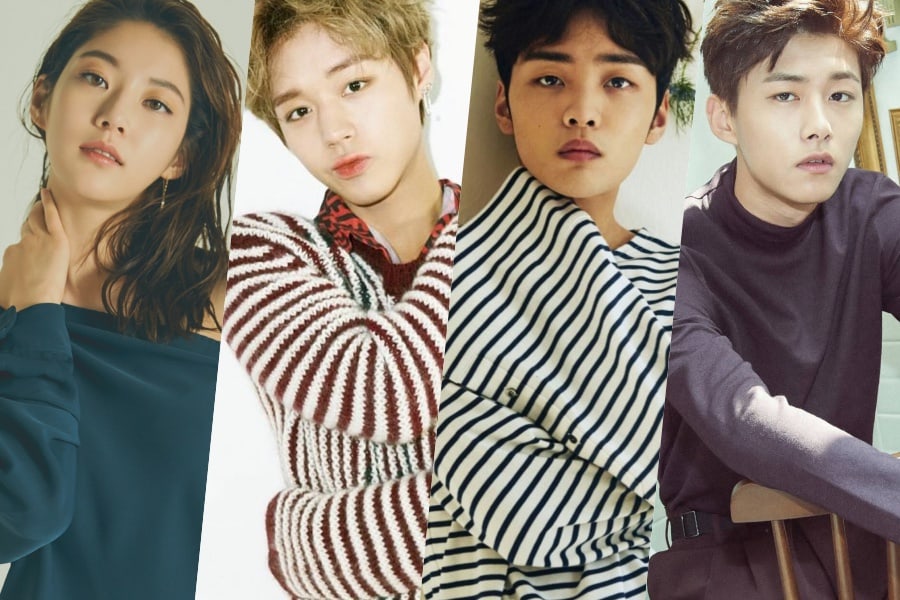 A king makes a request to Joseon’s best dating agency Flower Crew to protect his first love. Upon his request, the matchmakers at the agency risk their own lives to transform the lowly woman Gae Ddong into the most noble woman.

There are many more highly anticipated dramas in the works for this fall or the second half of 2019, including Ji Chang Wook and Won Jin Ah‘s “Melting Me Softly,” Lee Dong Wook and Im Siwan‘s “Strangers from Hell,” Lee Min Ki and Lee Yoo Young‘s “Everyone’s Lies,” and more.

Which summer 2019 drama are you the most excited about?