NCT 127 recently brought their first globe-trotting world tour to a close on Saturday with a concert in Singapore. Since January, the group had toured 26 different cities in 10 countries and completed 37 shows.

The concert was a nearly three-hour stylized musical spectacle that showcased NCT 127’s eclectic sound. The concert was also big on visuals, thanks to the multiple LED screens on stage that doubled as set pieces and props, as well as cool light effects, pyrotechnics, and confetti.

NCT 127 opened with a high energy performance of “Cherry Bomb,” which has one of their most well-known choreographies. They continued to heat up the stadium with a series of beloved hits⁠—”Come Back,” “Limitless” and “Chain”⁠—before each of the NCT 127 members greeted the audience. 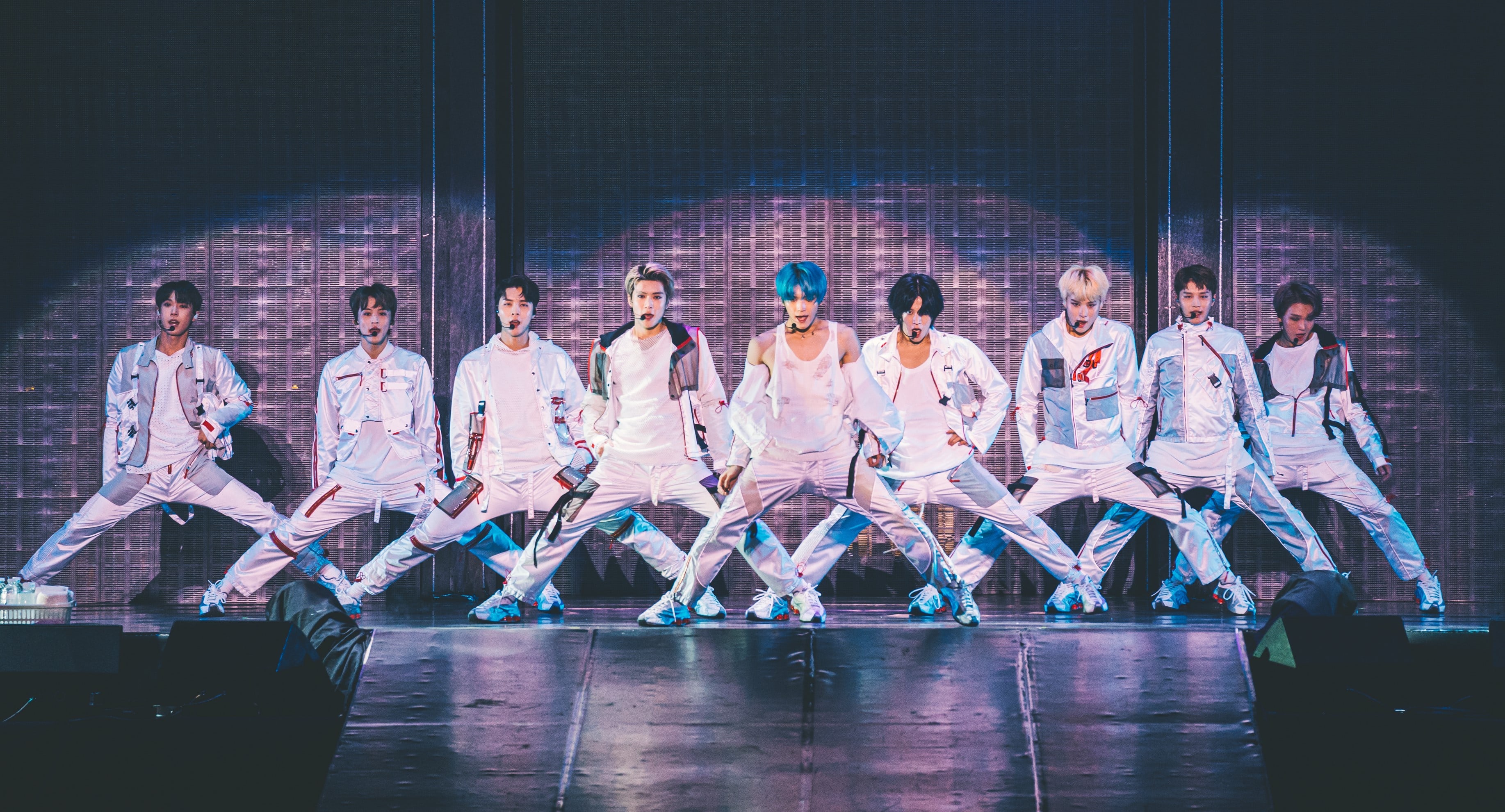 Following the greetings, NCT 127 demonstrated their versatility with mid-tempo songs “Fly Away With Me” and “Back 2 U”.

After a short “0 Mile” music video VCR, the group returned to serenade the crowd with “City 127” and “Angel.” Jaehyun shared that they usually perform strong performances on stage so they wanted to show the audience their warmhearted side as well.

And they did. The group continued to melt fans’ hearts with the jazzy ballad “Jet Lag.” Haechan cheekily commented after the performance, “Now that we showed you an emotion-filled song like “Jet Lag,” doesn’t it feel like we went on a date?” prompting thrilled cheers from the audience.

Members of the vocal line showed off their impressive vocal chops as they took the stage next to perform “Timeless” and “No Longer.”

Following their ear-melting performances, Johnny sat at the keyboard to play “Interlude: Regular to Irregular.” He was then joined by the rest of the members, who were slowly strutting down the stage one after another in red suits. They performed a remix of the English version of “Regular” with a special dance break, flaunting their sharp and clean dance moves.

One of the main highlights of the concert was when the group brought their choreography onto a huge jungle gym set during “Wake Up” and “Baby Don’t Like It.” The set looked intimidating but after months on the road, the members easily maneuvered around the metal structures.

Another crowd favorite was when main rappers Mark and Taeyong started spitting fire on “Mad City.” Their hard-hitting rap verses got the crowd roaring and all pumped up.

After changing to colorful and retro outfits, NCT 127 continued to keep up the high energy with playful and upbeat performances of “Good Thing” and “Touch.” NCT 127 seems to have an endless repertoire of bangers. At times, the stadium felt like a massive party.

A particularly fun audience interaction moment was when the NCT 127 members brought their own light sticks on stage during “Replay (01:27 PM)” and directed the crowd to follow along with their movements.

been watching all the fancams for replay I’M SO HAPPY TO FINALLY BE A PART OF IT #NEOCITYinSG ? pic.twitter.com/WfURGXy83B

After a short intermission, NCT 127 returned on stage with a passionate performance of their latest single Superhuman, much to the crowd’s delight.

In between songs, the members shared their thoughts on Singapore’s beautiful city lights, landmarks, and food. Doyoung remarked that Singapore’s chilli crab was delicious and teased the audience, “Of course, I would miss you guys more but I will miss my chilli crab as well. It was absolutely delicious.”

Taeyong also suggested that they do a sexy pose competition. It ended with both Johnny and Taeyong pouring water over themselves, which, understandably, drove the crowd wild.

Jaehyun giving Johnny a thumbs up when he was pouring water over himself HAHAHAH#NeoCityinSG #재현 pic.twitter.com/Lb4TQLa3gn

Before the last song, the members took turns to share their thoughts on the conclusion of NCT 127’s first world tour.

Jungwoo began, “This is the last stop for our Neo City tour. So that brought us to 10 countries, as well as 26 different cities and 37 shows. So I’m very grateful to all my members and the staff who work together to bring this tour and make it happen. I just want to say well done everyone. We will continue to work really hard to bring you better performances, better shows, and better concerts.”

Taeil said, “Finally, we’ve come to the end of the Neo City tour. I cannot believe that we are already approaching the end. Thank you everyone who has helped us and worked together to make this happen. To all our NCTzens [NCT’s fandom name], I love you so much. You guys are our energy. We are always thankful and we love you.”

Yuta said, “First of all, we have worked tirelessly in the first half of the year since January until now on the tour. I learned a lot from the experience. I must say it wasn’t smooth sailing all the way. There were hard times, and there were fun times. But it was a learning experience. I must say what kept us going is your support and your never-ending cheers. I want to say thank you to all our fans worldwide who made sure this tour happened. And to all the staff members who are involved in organizing this tour, thank you so much.”

Taeyong exclaimed, “Everyone, you know how much we love you right? You can wait for us? Love you all.”

Jaehyun expressed, “First of all, I’m so thankful for everyone. Our first Neo City tour, with no one getting hurt and no one getting injuries. Everyone is safe. Thank you so much. We went to lots of places, and we went to a lot of cities. We met lots of our fans. I learned that if we have NCTzens, our members and our team, our staff, everyone, we can have the world. It felt like together, we can create the happiest moments. So please wait for next time. Next time, we are gonna make more memories. Thank you so much for your love and support.”

Mark similarly thanked the members, the fans and the staff for making this tour possible. He added, “Though it may have been physically tiring at times, I always remind myself that this is something that I have always dreamed of—going on tour, being on tour. I’ve always imagined this. But now that this happened, now that it’s ending, I can’t really believe it but it still feels like I will always remember it, and it will always be a good memory in my mind, in my heart. Neo City: the Origin, I thank you so much. I can’t wait for our second tour. And during our second tour, I hope we get to come to Singapore again.”

Haechan shared, “This marks the end of our Neo City tour. My Korean age is 20. I’m so grateful that I’m spending half of my 20th year to make this happen. So the biggest gain from this whole tour I got, besides the great experiences we had together, was the fact that I was travelling around the world—to every corner and to every cranny—with my eight brothers here and making great memories together. I think my brothers were concerned and worried about my safety and well-being because I got injured at the beginning of the tour. I felt so apologetic because I thought I was being a burden to my brothers because of my injuries. But throughout the tour, they were so supportive.”

Haechan continued, “Throughout this tour journey, many things happened. We went through so much together. but all I want to say is how thankful I am to my members—my brothers—for being so supportive. I want to give a big round of applause to all my members for wrapping up this tour, no one getting injured, and wrapping it up successfully. Also, I want to thank all the staff members who were involved in the past six months in completing this tour and preparing for these shows.”

Haechan then teased, “Not forgetting our Singapore NCTzens who braced us on this remarkable day, the last stop for our Neo City tour. We promise we will be back with cooler, sweeter, cuter, sexier stages so do wait for us.”

Johnny concluded, “I couldn’t help myself from looking around, looking up at the ceiling, looking at the corners, looking at the end over there. I just want to take this time to really take everything in. To take a mental picture of how beautiful you guys look from up here on stage. I just want to say thank you for always giving us this beautiful picture in our minds, and giving us opportunities to grow up. I can’t really explain how thankful we are. But I hope, and I know, that you guys can feel it, and I just hope you guys remember that we love you.”

Having expressed their gratitude, NCT 127 concluded the concert by singing “0 Mile” to remind their fans that no matter where they are, there will always be 0 miles between them.

With the end of their first world tour “NEO CITY: The Origin,” NCT 127 has shown the world the different sides and colors of NCT 127, leaving fans excited for what’s next for the global group. 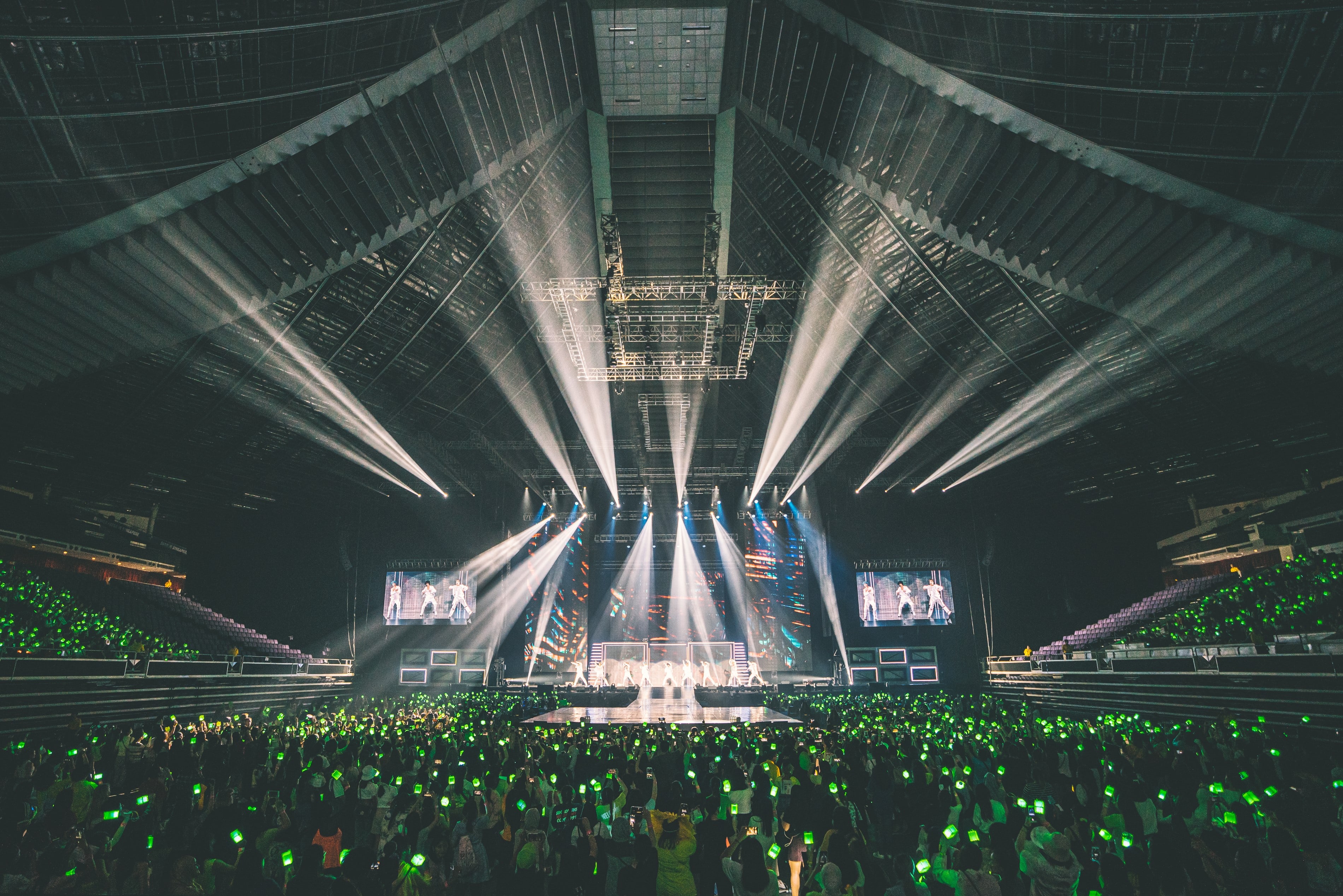 All photos courtesy of One Production.

Soompi Spotlight
Soompi Exclusive
NCT 127
How does this article make you feel?