Apink’s Hayoung Opens Up About Death Threats Against Group

On the August 28 episode of Mnet’s “TMI News,” Apink’s Hayoung talked about how the group struggled due to continued death threats.

Apink was the target of death threats beginning in June 2017, when a man called the police stating that he would kill the members with a knife at their agency. The police were dispatched to the building and the members were sent back to their dorm. After that, Apink continued to be plagued by death threats, particularly about claimed bombs being planted at their event venues. The man behind the threats stated that he was doing this because he felt betrayed over a show in which Apink went on blind dates with male actor trainees. The man, who lives overseas, has still not been arrested.

On “TMI News,” Hayoung said, “We were practicing and the police suddenly came and told us. We were practicing so we hadn’t seen the report. At first I was really anxious and scared about going anywhere. If someone just came up close to me I thought I might be hurt. We went home and the members just sat completely still.”

She shared that as things got worse, their events were canceled and at music shows, the staff and people appearing all had to have their belongings inspected. “I felt so sorry,” she said. “We couldn’t leave the waiting room and whenever we saw people we’d apologize.” 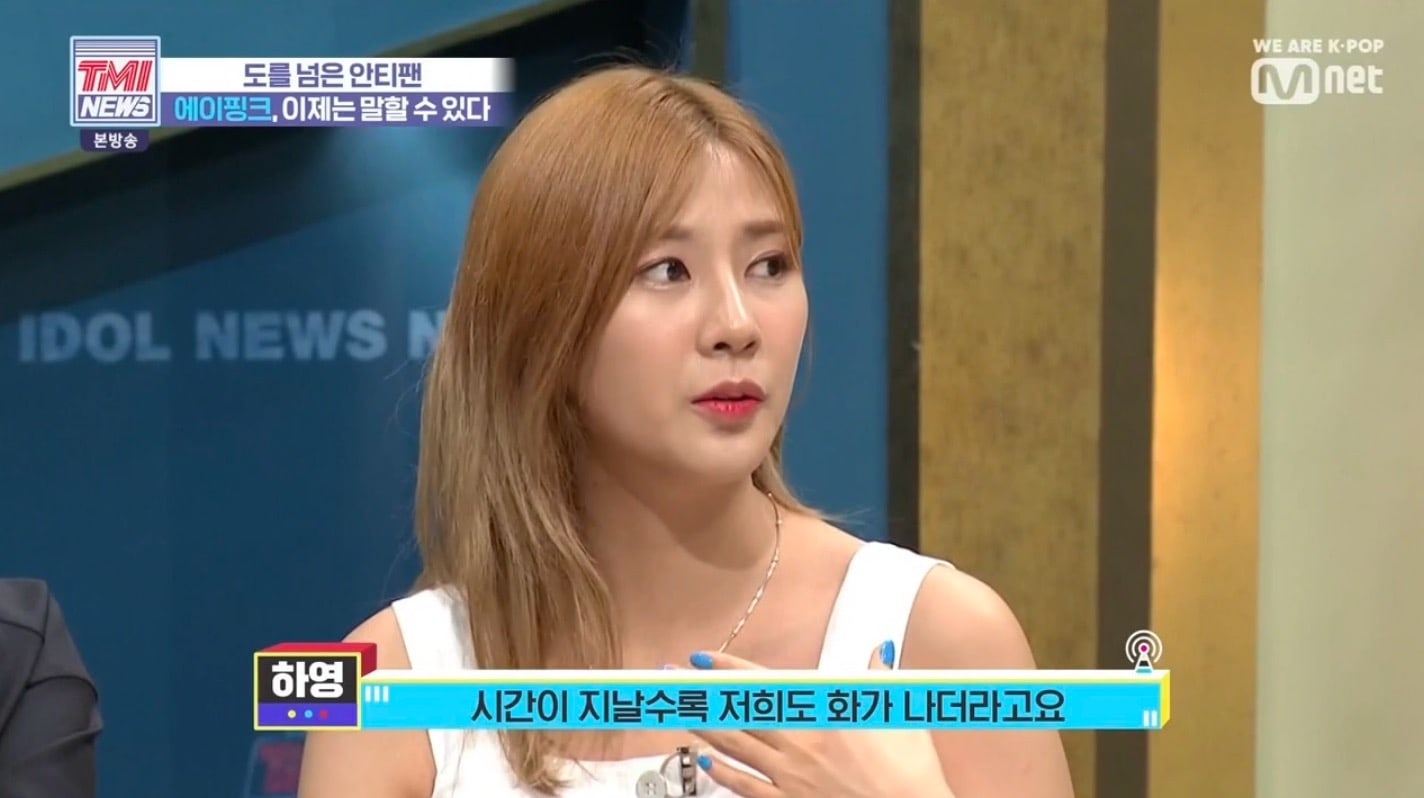 “At first we were surprised but as time went on, we got angry about it,” she said. “More than anything, it’s unjust that they can’t catch him and we can’t receive an apology about it, and I’m angry. I think I’m the most angry about the fact that nothing can be done.”

VICTON’s Choi Byung Chan also appeared on the show as a guest, and he shared what he saw as Apink’s label mate. He said, “There were security guards and police officers, three of them, and whenever they went to the bathroom or went somewhere in the car, they were always with them. It made me realize that it had become very serious and possibly dangerous.” 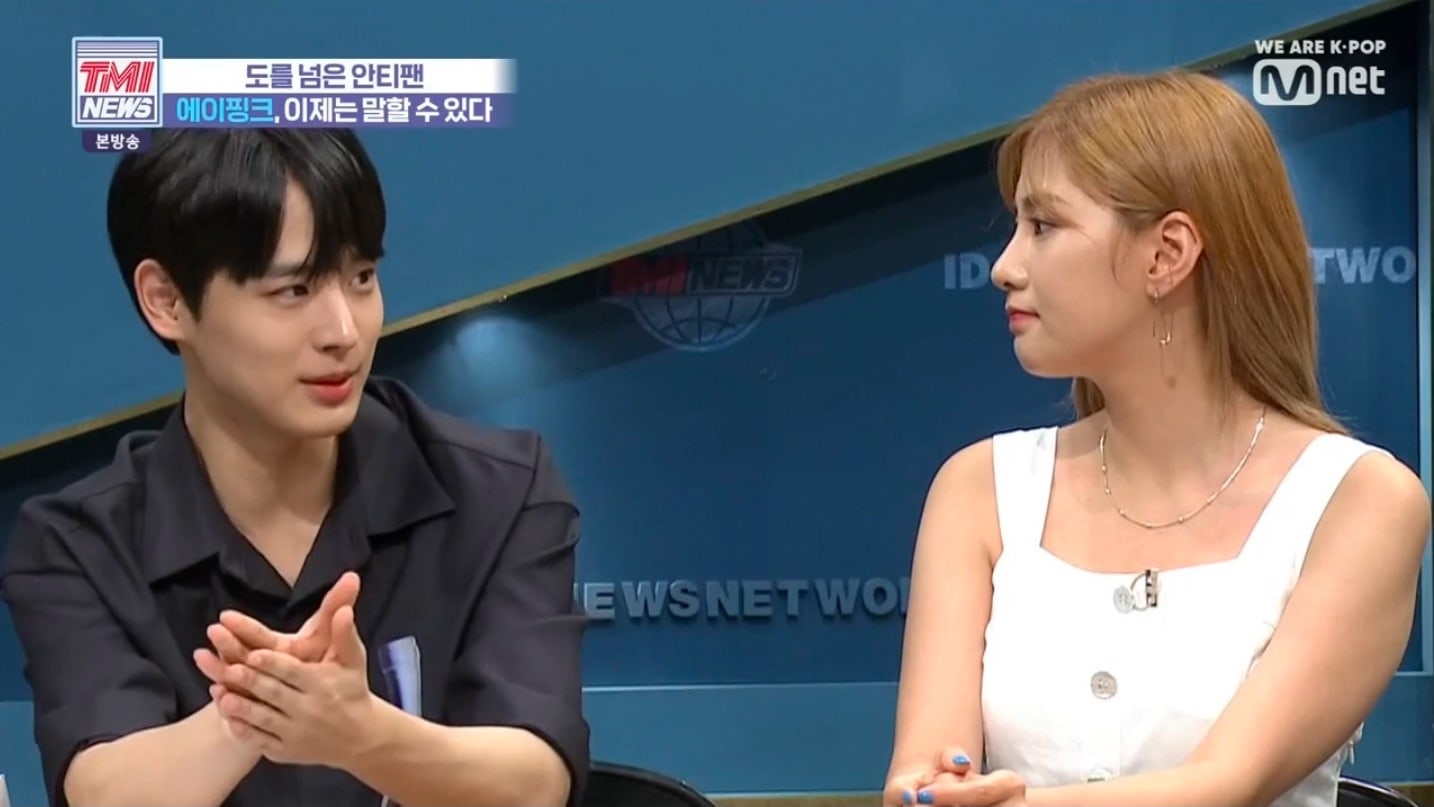 Hayoung shared that as the topic of their death threats always followed the group around, she was glad to now have the opportunity to address it personally.

Apink
VICTON
Hayoung
TMI News
Byungchan
How does this article make you feel?