Gaon Chart has revealed its chart rankings for the week of August 18 to 24! 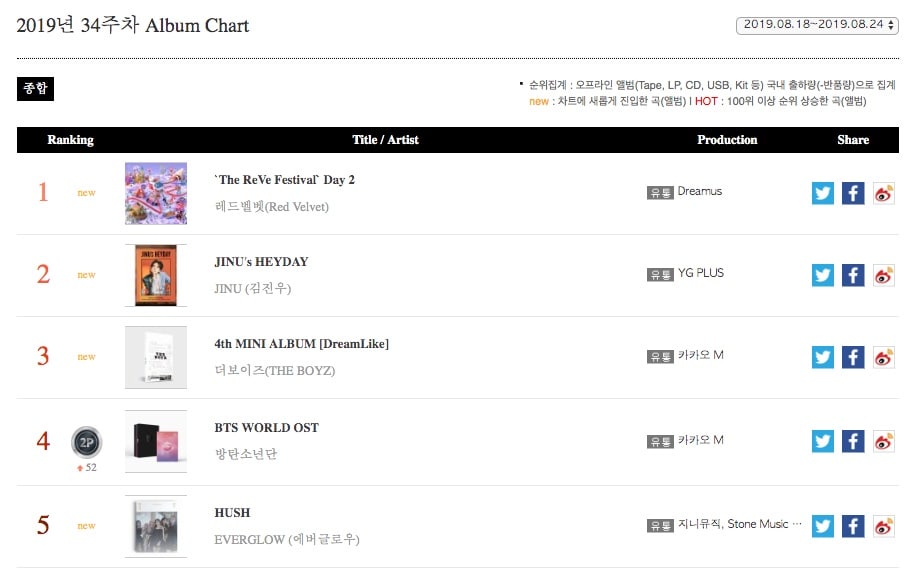 The OST for tvN’s “Hotel Del Luna” continues its reign on the digital chart. Punch’s “Done for Me” and Paul Kim’s “So Long” are at No. 1 and No. 2 respectively for both the digital chart and download chart. Also part of the “Hotel Del Luna” OST, Gummy’s “Remember Me” and Taeyeon’s “A Poem Titled You” are ranked No. 3 and No. 4 respectively. Like the previous week, Maktub’s “To You My Light” rounded out the top five. 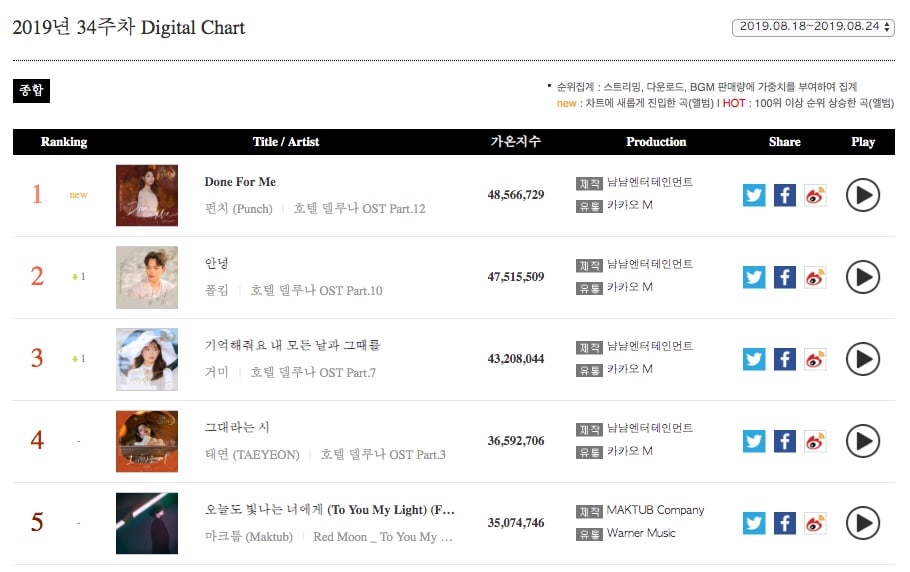 In order, the top five downloaded songs for the week are Punch’s “Done for Me,” Paul Kim’s “So Long,” Red Velvet’s “Umpah Umpah,” Gummy’s “Remember Me,” And Song Ha Ye’s “Say Goodbye.” 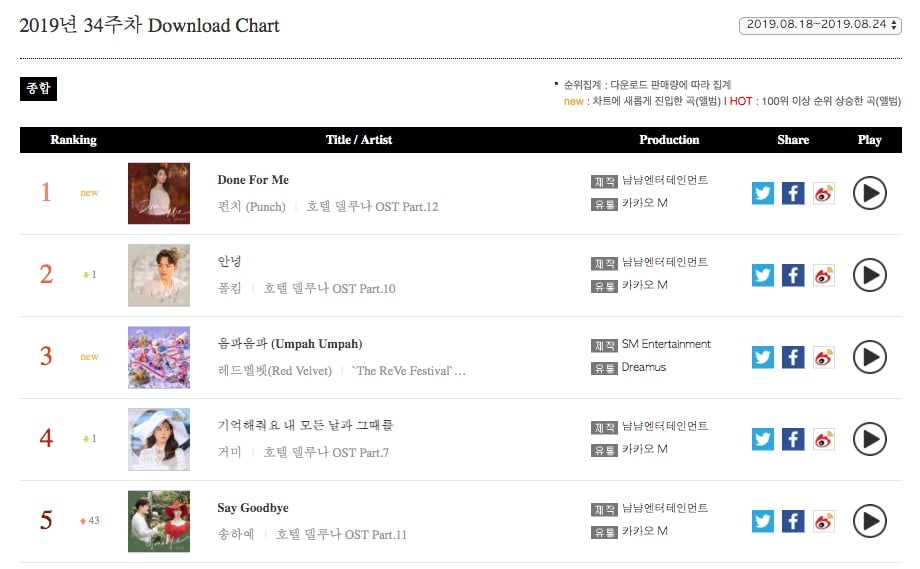 The entries in this week’s streaming chart are identical to the digital chart, but they are ranked in a different order. Paul Kim’s “So Long” topped the chart, with Gummy’s “Remember Me,” Punch’s “Done for Me,” Taeyeon’s “A Poem Titled You,” and Maktub’s “To You My Light” following in order. 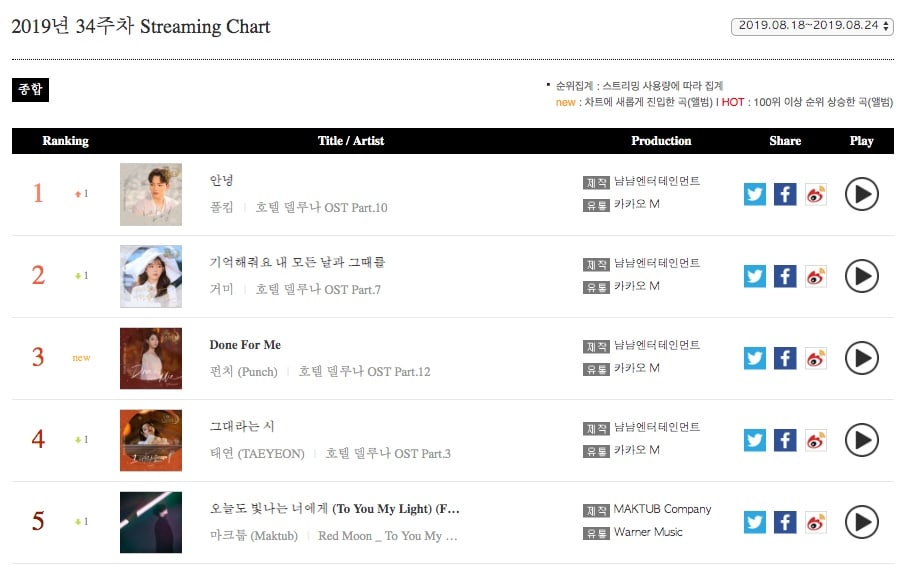 BTS continues to be the top artist in Gaon’s new Social Chart 2.0. WINNER’s Kim Jin Woo and Song Mino took No. 2 and No. 3 respectively, while Red Velvet rose several steps to take the No. 4 spot. Celeb Five newly entered the chart at No. 5 after releasing their new track “I Wish I Could Unsee That.” 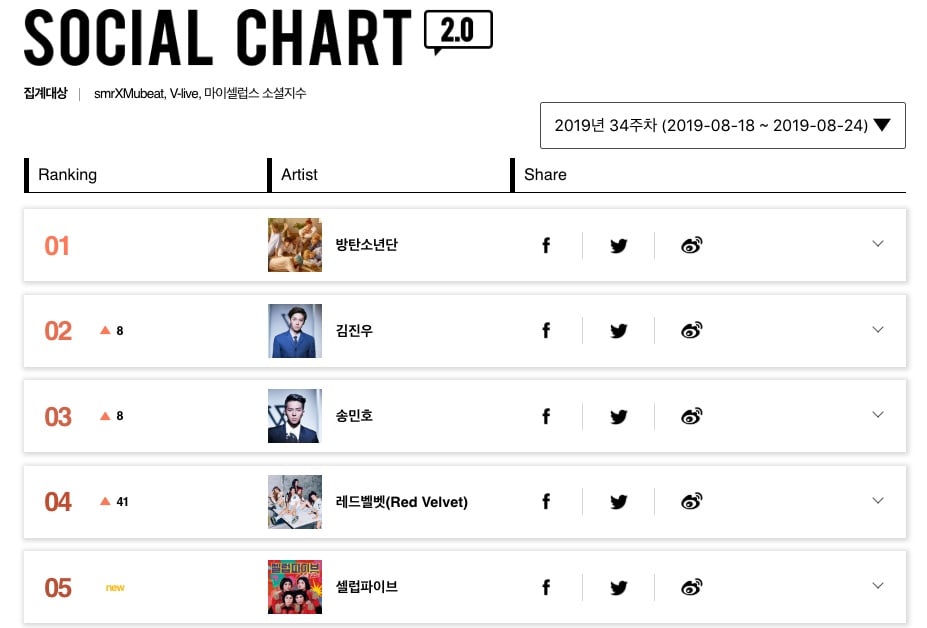