Gaon Chart has revealed its chart rankings for the week of September 15 to 21!

SEVENTEEN dominated this week’s physical album chart with their latest release: not only did the group’s third studio album “An Ode” debut at No. 1 on the chart, but the Kit version also charted separately at No. 2. DreamCatcher’s new mini album “Raid of Dream” debuted at No. 3, while X1’s “Quantum Leap” and The Boyz’s “DreamLike” rounded out the top five at No. 4 and No. 5 respectively. 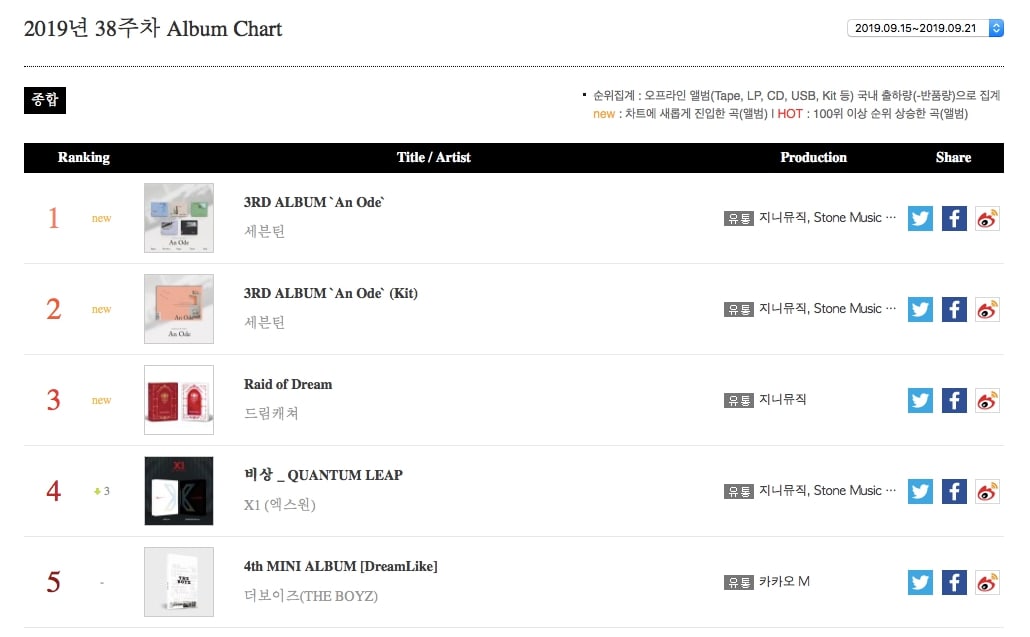 BOL4’s “Workaholic” earned a triple crown by sweeping all three digital charts this week, including the overall digital chart. Paul Kim’s “So Long” (from the OST of tvN’s “Hotel Del Luna“) stayed strong at No. 2, followed by Kassy’s “Story of a Night Fall” at No. 3 and Maktub’s “To You My Light” at No. 4. Finally, Jang Beom June’s “Your Shampoo Scent in the Flowers” (from the OST of JTBC’s “Melo Is My Nature“) rose to No. 5 on this week’s chart. 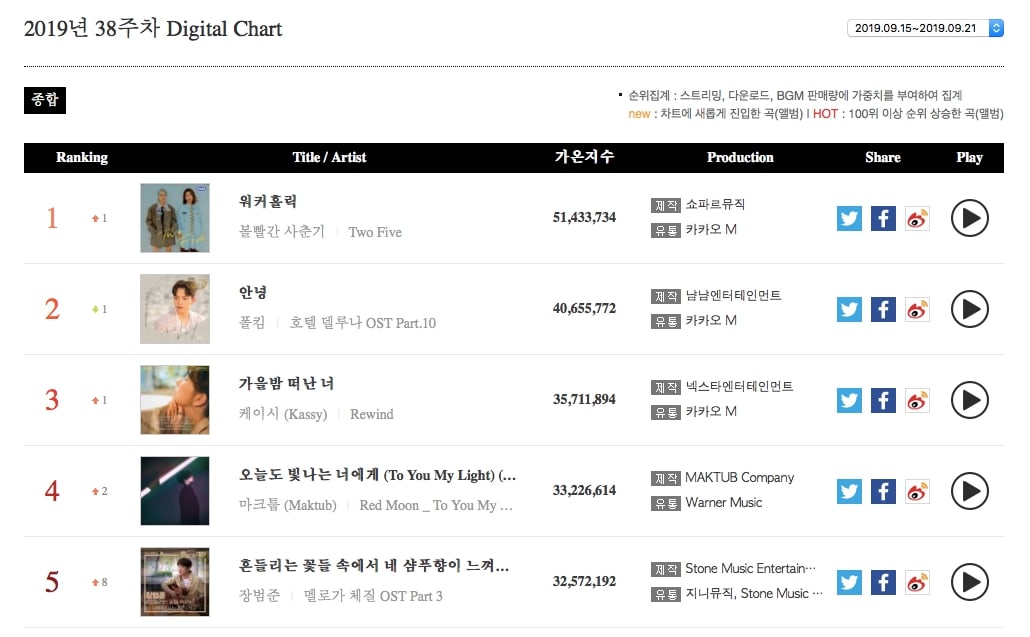 BOL4’s “Workaholic” maintained its position at No. 1 on the digital download chart, with Punch’s “Sometimes” and SEVENTEEN’s “Fear” debuting at No. 2 and No. 3 respectively. Jang Beom June’s “Your Shampoo Scent in the Flowers” charted at No. 4, trailed by Kassy’s “Story of a Night Fall” at No. 5. 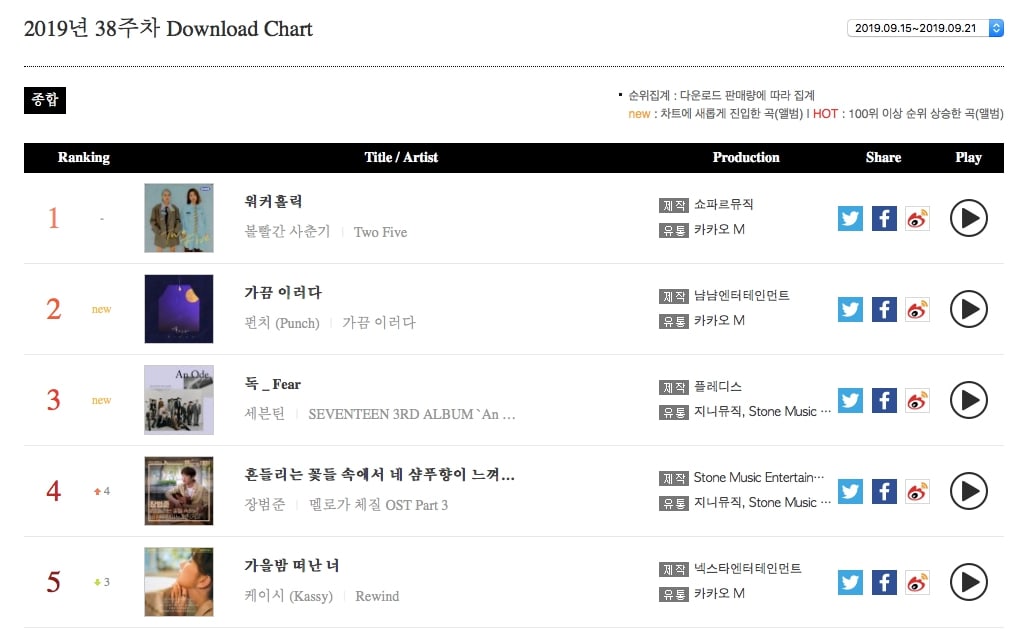 The top four for this week’s streaming chart were exactly the same as this week’s overall digital chart: BOL4’s “Workaholic” came in at No. 1, Paul Kim’s “So Long” at No. 2, Kassy’s “Story of a Night Fall” at No. 3, and Maktub’s “To You My Light” at No. 4. Finally, Gummy’s “Remember Me” (from the “Hotel Del Luna” OST) charted at No. 5 for the week. 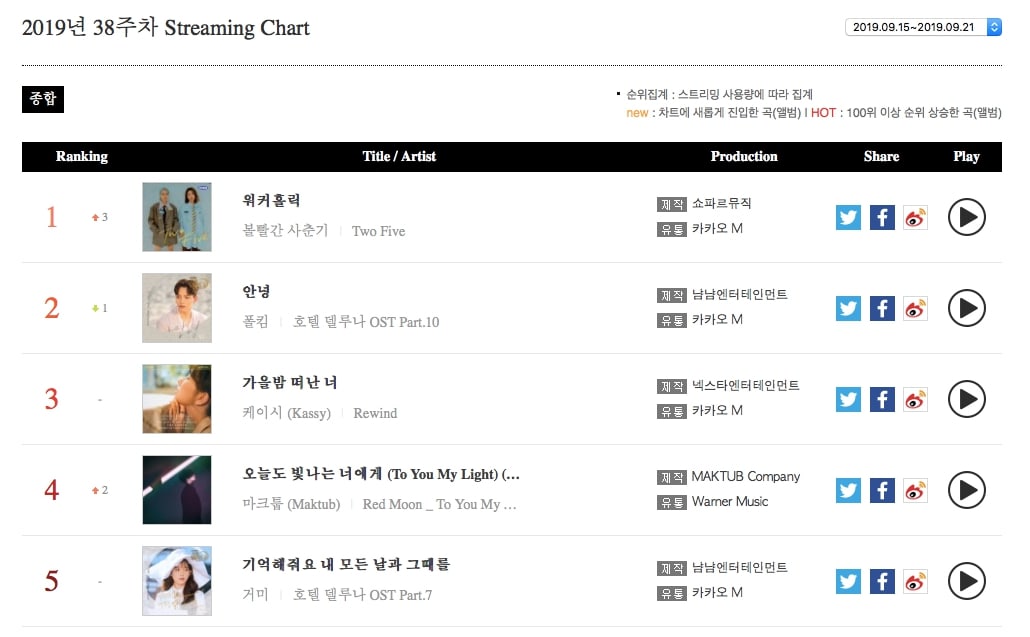 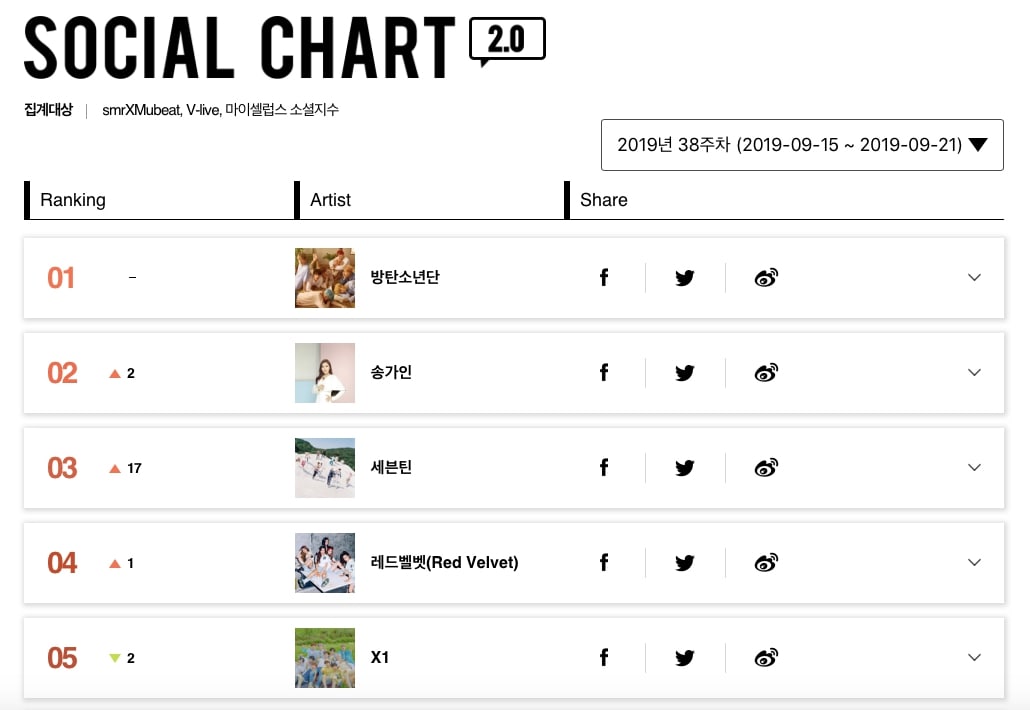