While there was definitely a time when sharp jawlines and chiseled abs were all the rage in K-pop, trends have shifted to include a wide variety of softer and sweeter concepts. With that comes a newfound appreciation for one of life’s simplest joys — squishy cheeks! They’re undeniably adorable, and idols who are blessed with them never fail to steal the hearts of fans (and other group members).

In no particular order, here are 12 idols with some of the softest, cutest, smooshiest cheeks in the biz!

NCT’s maknae is adorable in every way, and his unbelievably soft cheeks are just icing on the cake. The other members are addicted to squishing Jisung’s cheeks, blessing NCTzens with tons of quality smoosh content. Chenle’s grin says it all!

Jihyo may be the leader of TWICE, but that doesn’t stop her from being just as cute as a maknae! She has a beautiful rounded face shape, complete with full, soft cheeks. The squish is leaving Nayeon speechless!

Song Hyeong Jun garnered a lot of attention during his time on “Produce X 101” for his pure and sweet image, and his baby-soft cheeks definitely add to his innocent appearance. He charms fans and groupmates alike with his cuteness, and his cheeks are just irresistible! 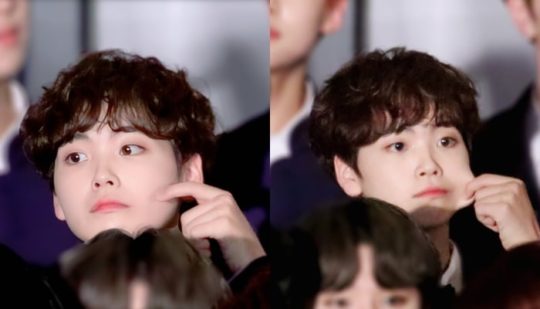 This fellow “Produce” alum is a cuteness-induced heart attack waiting to happen — she has tons of aegyo, and the most adorable squishy cheeks! She regularly blesses fans with selfies highlighting her full cheeks, and the smoosh is real. 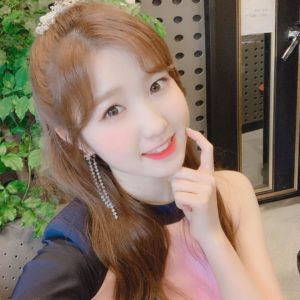 Seungkwan may be best known for his angelic voice, but he’s got some pretty cherubic cheeks too! They add to his boyish charms, and it definitely seems like the other members of SEVENTEEN are suckers for the squishiness.

Now for a moment of underrated squishy-cheek goodness, brought to you by none other than (G)I-DLE’s Soojin. This shy and sweet member is the owner of some gorgeously round cheeks, and they’re especially prominent when she smiles. She’s nothing short of stunning!

Xiumin is EXO’s oldest member, but he’s well-known for his youthful appearance — thanks in part to his adorable cheeks! Xiumin’s appearance has evolved remarkably over the course of EXO’s wildly successful career, but thankfully his beautiful full cheeks remain.

LOONA may have debuted in August 2018, but the girl group already has a huge fanbase — and Chuu has captured hearts all across the world with her bright features and round cheeks. Shoutout to her recent web drama “Compulsory Dating Education” for blessing us with this unbelievably adorable smooshy goodness!

Stray Kids’ Han also has some ridiculously soft, squishy cheeks, and you can definitely see how they add to his famously squirrel-like visuals. He even stores food in his cheeks when he eats, just like a squirrel — the adorableness is unreal!

Another adorable idol with some criminally underrated cheek squish, JooE really knows how to use her cuteness to melt fans’ hearts. Her eye smile and plush cheeks are the perfect complement to her sunshine personality!

He’s not called manggae tteok for nothing! BTS’s Jimin earned the nickname for his soft, smooth cheeks that resemble the traditional Korean rice cake, and he seems to have fully accepted the title. His cheeks are so famously cute that he can charm even MCs or fellow BTS members!

Mina has been well-known for her sugar-sweet visuals ever since gugudan’s debut, garnering tons of fans with her effortlessly cute personality and dimpled cheeks. Her enviably clear skin and smooshy cheeks are reminiscent of a marshmallow!

Which idol do you think has the squishiest cheeks? Let us know in the comments below!