IU is seeing great success with her latest release!

As of 2:30 p.m. KST on November 2, IU’s new song “Love Poem” has achieved a certified all-kill. The song is a pre-release track for her upcoming album of the same name and had risen to the top of major music charts soon after its release on November 1. 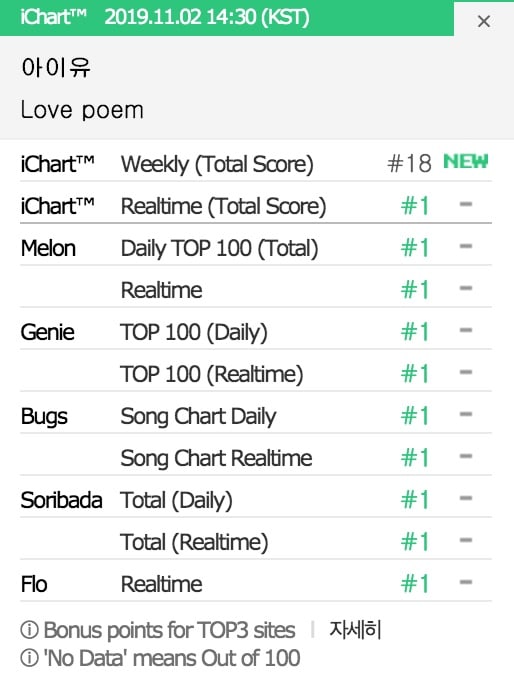 A certified all-kill is given to songs that score No. 1 on the daily and realtime charts of Melon, Genie, Bugs, and Soribada; and the realtime charts of Flo and iChart. It remains to be seen if IU will also score a perfect all-kill, which includes topping the iChart weekly chart as well. In 2019, only four songs have achieved a perfect all-kill so far, BTS’s “Boy with Luv,” BOL4’s “Workaholic,” AKMU’s “How Can I Love the Heartbreak, You’re The One I Love,” and MC Mong’s “Fame.”

Congratulations to IU on the amazing achievement!