The December 15 episode of MBC’s “The King of Mask Singer” revealed the identity of Cats Boy!

In the first round, Cats Boy and Cats Man performed the song “Memory,” a hit song from the beloved musical “Cats.” Though it’s a song usually performed by female singers, the two contestants wowed the panel and audience with their beautiful harmonies.

Cats Man ended up moving on to the next round with a vote of 62 to 37, meaning that Cats Boy would have to take his mask off and reveal his identity. Performing Lee Seung Hwan’s “My Heart’s Not Like That,” Cats Boy took off his mask to reveal that it was none other than PENTAGON’s lead vocalist Yeo One.

Yeo One said, “I’m the fourth member of PENTAGON to be on the show after Hui, Jinho, and Hongseok. The other members didn’t have much luck with who they were up against. Hui went up against Son Seung Yeon, Hongseok went up against Kwon In Ha, and I knew what the results would be as soon as I heard Cats Man’s voice.” 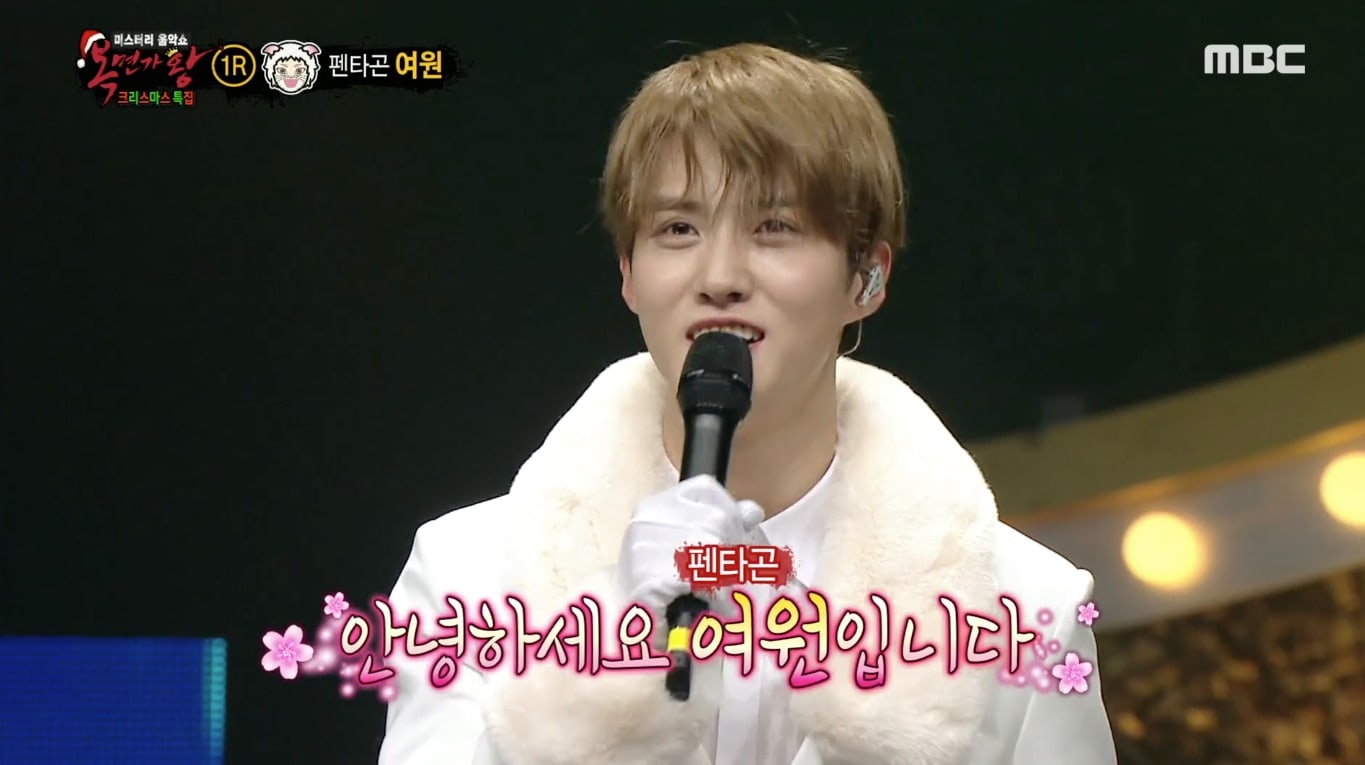 He also revealed that he looks up to Ha Hyun Woo and explained, “I used to be in a band. I think Guckkasten is the best band in Korea.” Ha Hyun Woo, who was sitting on the celebrity panel, responded with, “I discovered a new side of myself through ‘The King of Mask Singer.’ I think that if Yeo One also develops his strengths more, he can be an even greater singer.”

Lastly, Yeo One said, “I wanted to show how much I, Yeo One, have grown, and show how good PENTAGON is. Thank you for listening closely to my singing. I hope to be able to greet everyone through a variety of activities in the future.”

He also took to PENTAGON’s Twitter account to write, “Did you enjoy ‘The King of Mask Singer’? Cats Boy was me, Yeo One.”

PENTAGON
Yeo One
The King of Mask Singer
How does this article make you feel?