On December 24, Good Data Corporation revealed their weekly rankings of the most buzzworthy dramas and cast members for the past week. The rankings were compiled through an analysis of news articles, blog posts, online communities, videos, and social media between December 16 and December 22.

Also making its debut on the buzzworthy dramas list this week was “War of Prosecutors,” and cast members Jung Ryeo Won and Lee Sun Gyun also appeared on the cast members list at No. 8 and No. 9 respectively. 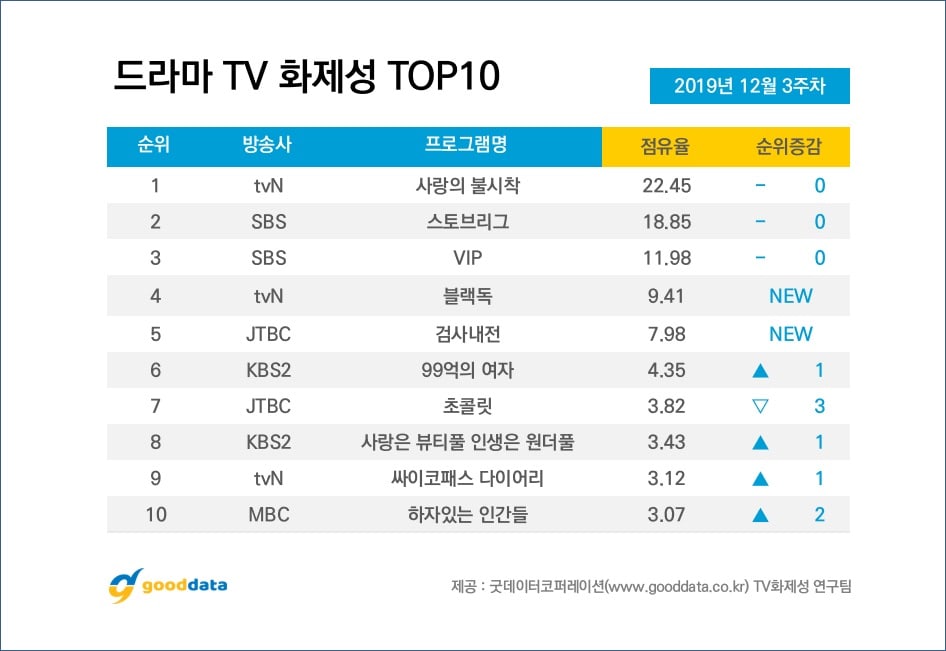 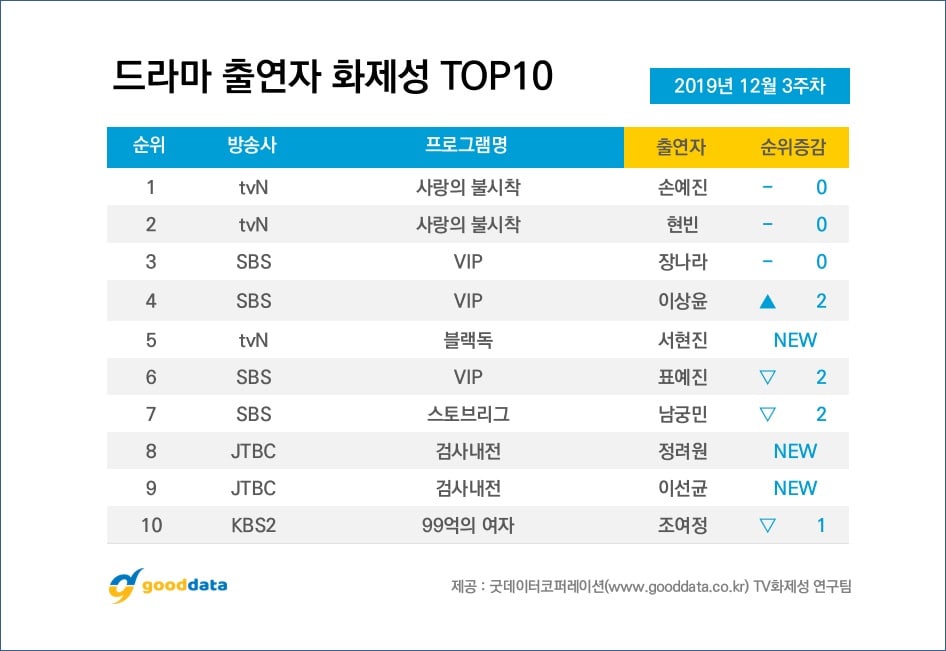