The romantic comedy has continued to draw interest from viewers with its refreshingly bright comedic scenes as well as its heart-tingling romance, drawing anticipation for the remainder of the drama.

True to the nature of the drama, the atmosphere on set was also bright and entertaining thanks to the positive energy of the actors.

Oh Yeon Seo and Ahn Jae Hyun energized the set with their cheerful smiles in the behind-the-scenes stills. Although they had to portray complicated emotions while filming, they shared their warm smiles whenever the camera stopped filming. Furthermore, they also displayed their passion for acting as they carefully checked their scripts and exchanged opinions while rehearsing.

In other behind-the-scenes images, Kim Seul Gi and Goo Won posed sweetly for the camera.

Additional stills also showcase the actors as they worked tirelessly even when the camera stopped rolling, revealing their enthusiasm for the project. 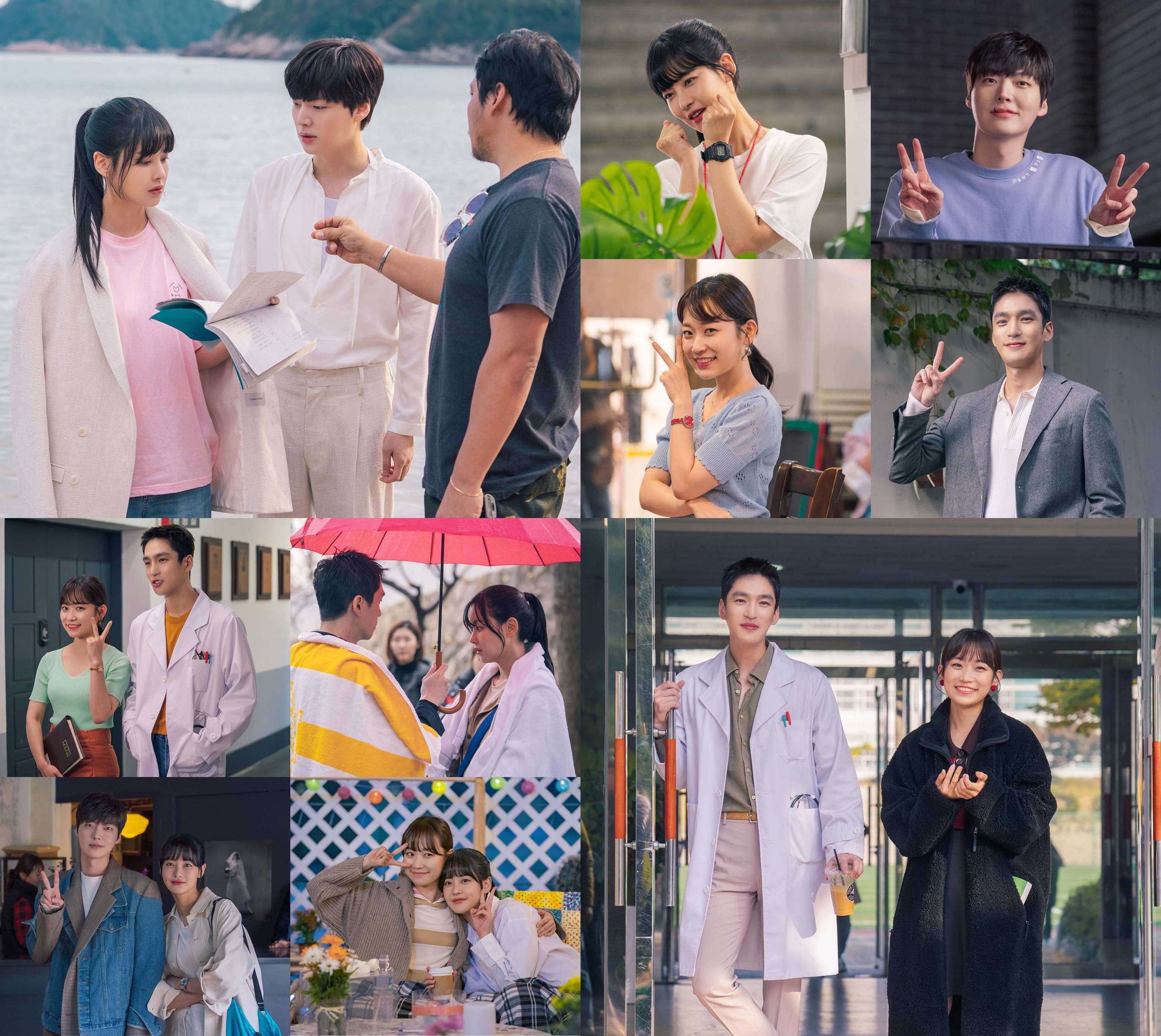 The production team shared, “We finished filming amidst a warm atmosphere as the actors and staff cherished each other and showed consideration during the filming period. There were many scenes that we had fun filming. Please enjoy watching as [we] plan for the drama to continue telling an even more exciting story.”

Watch the latest episode of “Love with Flaws” below!